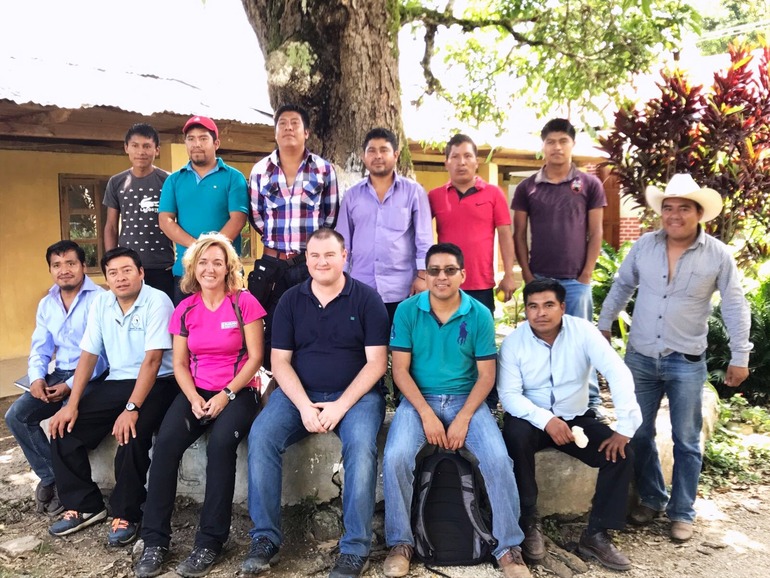 • The Director of Youth of the Basque Government, in the works developed with non-governmental organizations in Mexico and Guatemala

Ander Añibarro, Director of Youth of the Department of Employment and Social Policies of the Basque Government, meets these days with basque youth who participate in the Cooperative Basque Youth program, which celebrates 25 years of solidarity, as well as with local representatives in Mexico and Guatemala. Añibarro knows firsthand the work developed and will meet with the people responsible for the NGDOs with which the Basque Government collaborates.

The basque director of Youth collects these days a direct reference of the program, both its contribution and its organization, contacting local organizations, visiting communities and projects that have the impetus of one hundred basque young people who participate every summer in the program in Asia, Africa and America. It has also been interested in the condition of the earthquake in the area of ​​Chiapas "that has not affected the Basque collective nor its environment. They have already spoken to their families and are continuing their full cooperation. "

Añibarro runs several projects that ONGD Ayuda en Acción carries out in Mexico, where eight young people have been working since last July. These actions are developed in places such as Mexico DF, Oaxaca, Puerto Escondido or San Cristóbal de las Casas. Today, Añibarro will move to Guatemala, where he will learn about various initiatives developed by organizations such as Solidaridad Internacional, Médicos Mundi Bizkaia and Xenofobiaren aurka talda, Berdinak gara, and in which eight other Basque and Basque youths participate.

These entities develop very diverse projects in places such as San Lucas Toliman, Chimaltenango or Quiché and serve groups such as women victims of gender violence, elders and groups of children, among others.

With the 2017 edition, which has distributed to a hundred basque young people around the world, the Cooperative Basque Youth program celebrates 25 years of activity. Promoted by the Youth Office and the Basque Agency for Development Cooperation, it aims to raise young people in the Basque Country in development cooperation actions in the countries of the south and foster a Basque youth culture of solidarity among peoples and their societies. The hundred cooperants have carried out various development cooperation tasks in different parts of the world, especially Asia, Central America, South America and Africa.

The 100 young people participating in this edition have been selected by a tribunal formed by representatives of the Basque NGDOs with which they collaborate and have information and guidance on the development cooperation projects in which they have integrated during their experience as cooperants. The program costs are borne by the Basque Government and its Youth Department under the Department of Employment and Social Policies and the Basque Agency for Development Cooperation.