The Lehendakari stresses innovation, quality and excellence in gastronomy to continue to be a major player in international tourism 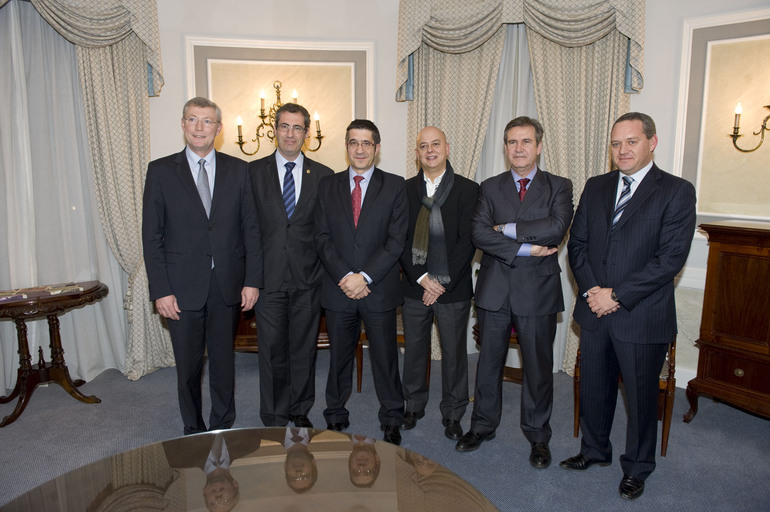 The Lehendarkari presided over the presentation of the latest Michelin Guide that was held for the first time outside Madrid, in San Sebastián.

The Azurmendi restaurant (Biscay), run by Eneko Acha, was awarded its second Michelin star, Martín Berasategui, from Gipuzkoa, took his total up to seven stars with the first star for his Santo Hotel M Catedral restaurant based in Seville, and the Mirador de Ulia (San Sebastián) also received its first star.

The Lehendakari, Patxi López, highlighted the figure of Basque chefs as "they provide us, the rest of society, with a model to tackle the new world we are facing." The Lehendakari highlighted their capacity to "learn from tradition, use and showcase our products, introduce Basque culture to those that come from other parts of the world and search for new formulae that, thanks to ongoing innovation, hard work and commitment to excellence, we can enjoy with the five senses".

The Lehendakari was speaking at the presentation of the 2011 Michelin Guide for Spain and Portugal, which was held in San Sebastián. Accompanied by the Basque Government's Minister for Industry, Innovation, Trade and Tourism, Bernabé Unda, and by its Director for Tourism, Isabel Muela, the Lehendakari pointed out that Basque gastronomy is a key tourist attraction and stressed that the emphasis had to remain on quality and excellence, along with the commitment to knowledge and new culinary techniques. According to the Lehendakari, this will enable "the Basque Country to consolidate its position on the international stage."

During his speech, the Lehendakari expressed the pleasure provoked by the Basque Country's tourist figures this year that show that nearly 2 million people have visited the region. "Despite the downturn, the Basque Country has enjoyed tourist growth for 16 months and I am completely convinced that our cuisine has played a key role in achieving this," he went on to explain.

Martín Berastegia, the chef from Gipukzoa, has achieved his seventh Michelin star. His Santo Hotel M Cathedral restaurant based in Seville was awarded one star, which added to the three held by his restaurant in Lasarte, his two-star restaurant in Barcelona and the one held by his establishment in Tenerife, takes the total up to seven.

New Michelin stars have also been awarded to other Basque restaurants, including the two stars for the Azurmendi restaurant in Larrabetzu (Biscay), run by Eneko Atxa, and the one star for the Mirador de Ulia in Donostia-San Sebastián.