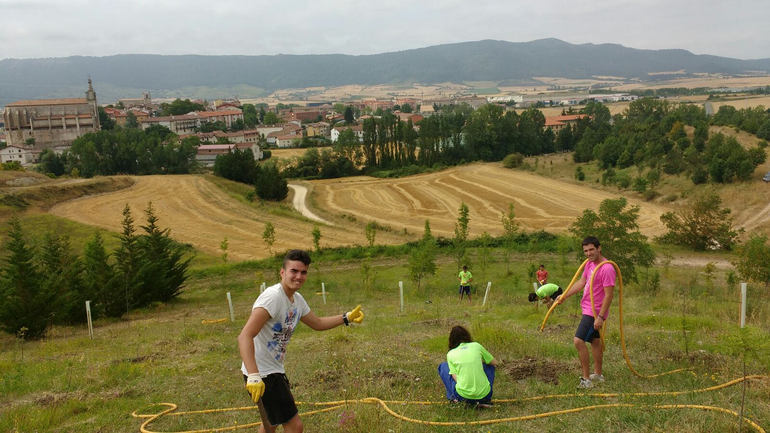 Most of the young people aged between 15 and 29 say that they habitually implement the following actions to care for the environment: 64 % separate the household waste rubbish according to the type of waste, 61 % try to limit water consumption, 59 % use collective public transport or share a car, and 54 % usually carry their own bag or pull cart when they do the shopping. By contrast, only a quarter (23 %) try to buy products that aren’t very packed or wrapped up with plastic.

On analysing the evolution of these habits since 2012 to 2016, we find that the percentage of young people who separate household waste is the same in both years (64 % in 2012 and in 2016), the percentage of those who use collective public transport or share a car has risen slightly (from 57 % to 59 %) and the percentages of those who habitually try to reduce their consumption of water and those who carry their own bag or pull cart when they do the shopping has increased notoriously (from 54 % to 61 % and from 42 % to 54 %, respectively). Even if they are a minority, young people who try to buy products that aren’t very packed or wrapped up with plastic have increased from 19 % to 23 %.

In general, young women tend to follow the guidelines for environmental sustainability to a greater extent than young men. The most striking differences are recorded in relation to the use of collective public transport or sharing a car and, especially, to carrying their own pull cart or bag when doing the shopping (although this last datum might be influenced by gender inequality in the sharing of household chores, where the women do the shopping more often than the men).

As the age increases more young people carry out each of these environmentally friendly actions, except using collective public transport or sharing a car, that present the opposite trend (this habit decreases as the age goes up).