The Lehendakari meets with the Vice-President of Colombia, Óscar Naranjo 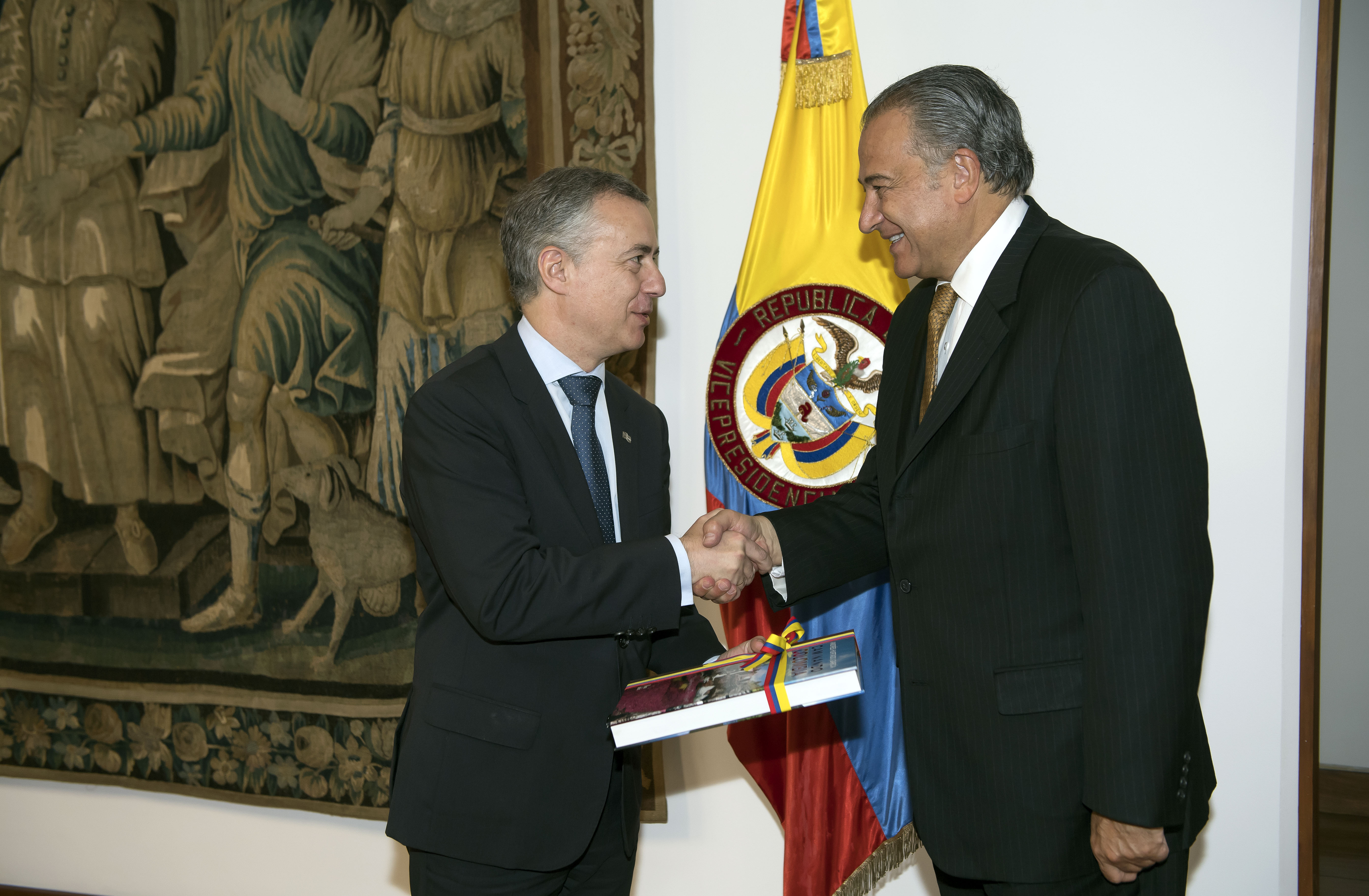 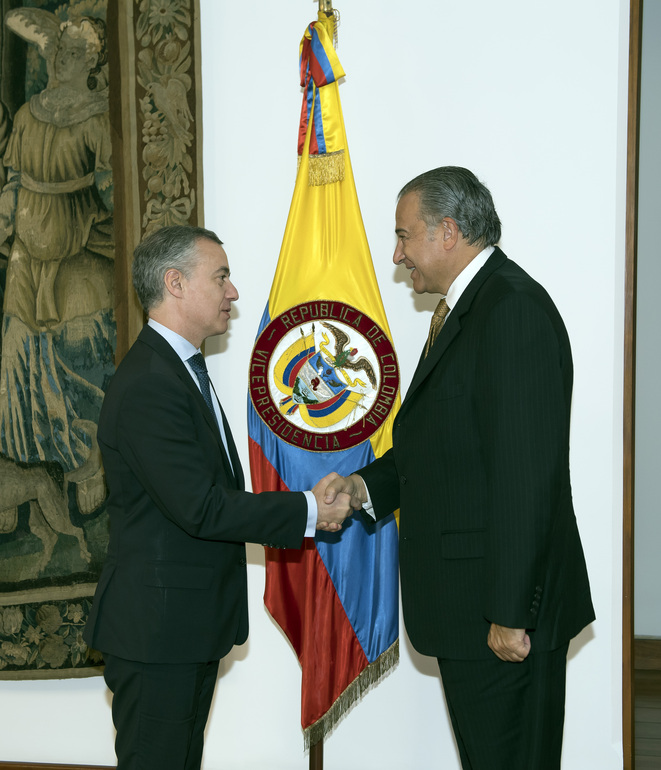 During a later meeting, he outlined his proposal for cooperation regarding peace and coexistence to the Minister of Education

Lehendakari Iñigo Urkullu, the Basque Premier, held a meeting today with the Vice-President of Colombia, Óscar Naranjo. The meeting marked the start of the second stage of the official trip by a Basque Government delegation to the country.  Naranjo stressed his role in the peace process underway in Colombia. In fact, he was the plenipotentiary negotiator of the Government of the Colombian Republic in the peace negotiations with the FARC, along with, among others, the High Commissioner for Peace, Sergio Jaramillo, with whom the Lehendakari will meet in Bogota tomorrow.

After the meeting, which lasted an hour, the Lehendakari stressed that it had been an "absolutely worthwhile" meeting in the area of cooperation between the Basque Country and Colombia. The Lehendakari urged the Colombian Government to continue to drive the peace process.  In this regard, he announced the proposal for cooperation in Human Rights, which he subsequently outlined in a meeting with Colombia's Minister for Education, Yaneth Giha. Both leaders stressed the differences between the Basque and Colombian situations, even though there are points in common in the post-conflict stage, where they expressed their willingness to work together. In this regard, the Lehendakari explained that the Colombian Government had shown interest in the core areas of action of the Basque Government in this area, with victims at the heart of its policies, and in the concept of the orderly end to the violence.

During the meeting, the Vice-President stressed the need to make industrial-scale farming compatible with family-run farms. He therefore explained that the experience of the Basque cooperative model may be very useful and the Lehendakari offered the expertise of the numerous Basque companies working in that area. The Vice-President likewise highlighted another possible area for cooperation in education, particularly to provide access to education and to culture in rural areas.

Furthermore, Naranjo asked about the Basque social coexistence model, particularly as regards the transformation of a police system mainly focused on fighting terrorism to another police model focused on the need for a normalised coexistence.

Finally, he pointed out that the post-conflict will open up new economic opportunities given that Colombia needs to develop large areas of the country which had been in the hands of the guerrilla movement up to now.

MEETING WITH THE MINISTER OF EDUCATION

During the meeting held later with the Minister for Education, the Lehendakari outlined the Cooperation Framework-Proposal regarding Peace and Coexistence of the Basque Country, which contains aspects such as organising victims' accounts in the classrooms, Basque-Colombian instructors working together to educate on values, instructor exchanges in order to internationalise experiences or initiatives such as Remembrance Square.

The Minister expressed particular interest in the offer and, in fact, she pointed out that President Santos wanted to, specifically, leave an Educational Programme for Coexistence in the classrooms as a legacy. Both parties agreed to finalise an agreement between both governments with these contents during the second quarter of the year.

The Lehendakari's morning scheduled ended with a meeting with the former President of Colombia, Ernesto Samper, who recalled the close ties between the Basque Country and Colombia, and also declared he was in favour of learning from the Basque experience as regards the small and medium-sized company.