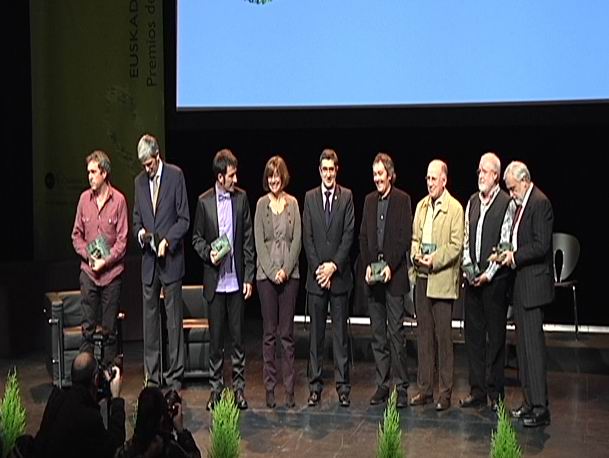 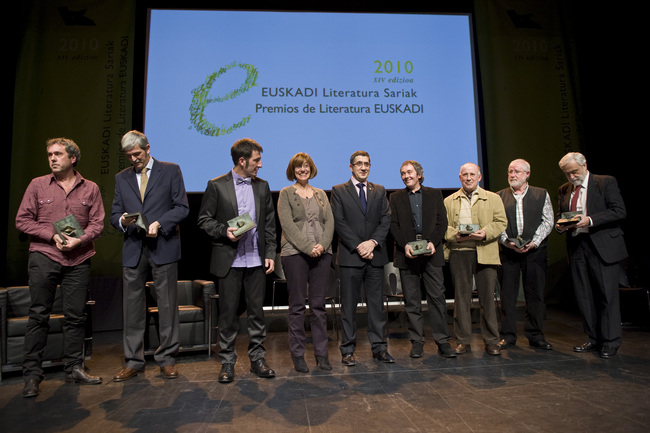 The Lehendakari, Patxi López, and the Basque Minister for Culture, Blanca Urgell, presented the Literary Prizes 2010 during the ceremony at San Sebastián's Kursaal.

The Lehendakari stressed that literature is the "true space of freedom, the kingdom without frontiers or fetters that tie people down, the space where everyone is radically individual".

The Lehendakari went on to explain that "free creative work is the way to guarantee the plurality and diversity of a people, of our country" and added that art is "the way of expressing the thousand identities that make up a society and which makes itself heard against any attempt to standardise it".Fermín Etxegoien took the prize in the Basque language section for his novel Autokarabana, José Fernández de la Sota won the prize in the Spanish language literature section for Vacilación, Patxi Zubizarreta was awarded the prize for children's and youth literature in Basque for his book Xia Tenzinen bidaia miresgarria.

The prize for the literary translation into Basque went to Jesus Mari Mendizabal for his book entitled Eguzki kolpea in this year's XIV Awards. Jokin Mitxelena with Ipuin-kontalariaren lapikoa took the prize in the literary book illustration section. Joxe Azurmendi was awarded the Basque Essay prize for Azken egunak Gandiagarekin and Sin miedo que perder is the title of Miguel Sánchez-Ostiz's work that was the prize winner in the Spanish essay category. Finally, the prize for children's and youth literature in Spanish was not awarded as the jury deemed that "none of the works submitted met the required quality standards".