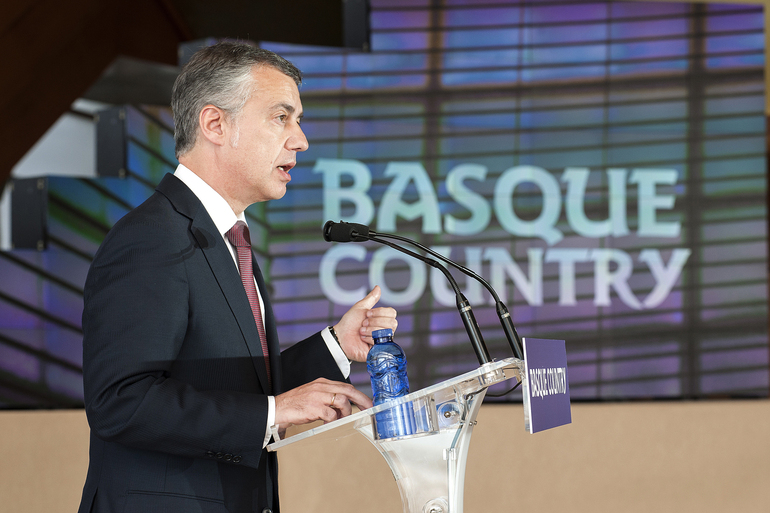 Lehendakari Iñigo Urkullu, the Basque Premier, accompanied by the Basque Government's Minister for Economic Development and Infrastructures, Arantxa Tapia, will travel to Colombia on a markedly trade and economic mission. The Lehendakari will hold institutional meetings and with representatives of the Basque companies present in Colombia (around 70) and of the 25 companies that will travel there to take part in numerous activities, coordinated by the Basque Government, during the week.

Colombia has been identified as a priority partner in the Basque Country Internationalisation Framework Strategy 2020.  It is the country with the highest concentration of Basque companies in South America, with a total of 69 service, production and commercial companies established there. The Lehendakari's trip is taking place at a watershed moment for Colombia after the signing of the Peace Agreement, putting an end to over 52 years of war, and which will bring new opportunities for the Colombian economy.

Contents of the official trip

As regards trade meetings, on the one hand, the delegation will analyse the different economic opportunities opening up in the country after the Peace Agreement. On the other hand, the Basque companies will share their "know-how" with Colombian institutions, such as the Production Transformation Programme (PTP) of the Ministry of Industry, Procolombia, Innpulsa or the Telecommunications Ministry, which will showcase their plans and initiatives.

On the other hand, the Lehendakari will give a lecture at Javeriana University, one of the most important on the continent, to academics from different fields. The Lehendakari will likewise discuss the aspects linked to Peace and Coexistence with the Colombian Government.

Furthermore, the Lehendakari will sign a memorandum of understanding  covering competitiveness, industry, innovation and the environment, among others areas, with Cundinamarca, the region where most of the Basque companies are established. The region is the country's driver for growth and has a 30% stake in Colombia's GDP.

A meeting with the Basque community of Colombia, a visit to the Bogotá Euskal Etxea (Basque cultural centre) and to the "Gernika," mural, located in the park of the same name, are also on the agenda.

Furthermore, Minister Arantxa Tapia, together with Deputy-Minister Zarraonaindia, the Deputy Minister for the Environment, Elena Moreno, along with the IHOBE General Manager, Jesús Losada, and the URA General Manager, Ernesto Martínez, will attend the 60th ACODAL International Congress. It is one of the most important environmental events on the current international scene which will be held in Cartagena de Indias from 31 May to 2 June. This year, the Basque Country will play an important role at the Congress as the Basque Environmental Cluster - ACLIMA is the co-organiser of the event, where around 2,000 people from different countries (Colombia, France, Spain, Israel, the USA, Germany, the Netherlands, South Korea, etc.) are going to have the opportunity to discuss and present water, sanitation, renewable energies and waste management initiatives. The objectives for this congress include showcasing the Basque Country's journey regarding the environment and combating climate change in recent daces and highlighting its strategic position in Europe. The aim will also be to establish cooperation channels with Colombian institution as the environment is currently an emerging economic sector, which may become a source of opportunities to start up new businesses.

This will be the Lehendakari's fourth foreign trip so far during this parliamentary term. It will also be the first institutional trip to a country outside the European Union. The Basque Government, headed by the Lehendakari, want these foreign visits to be further opportunities to showcase the Basque Country Strategy abroad, by means of cultural, economic, political and institutional meetings and alliances with other countries.