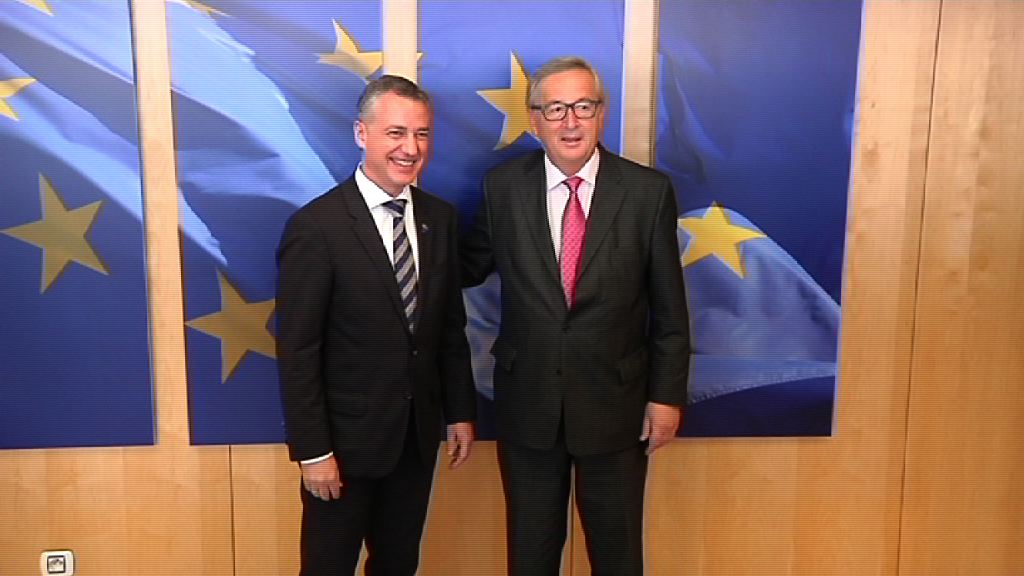 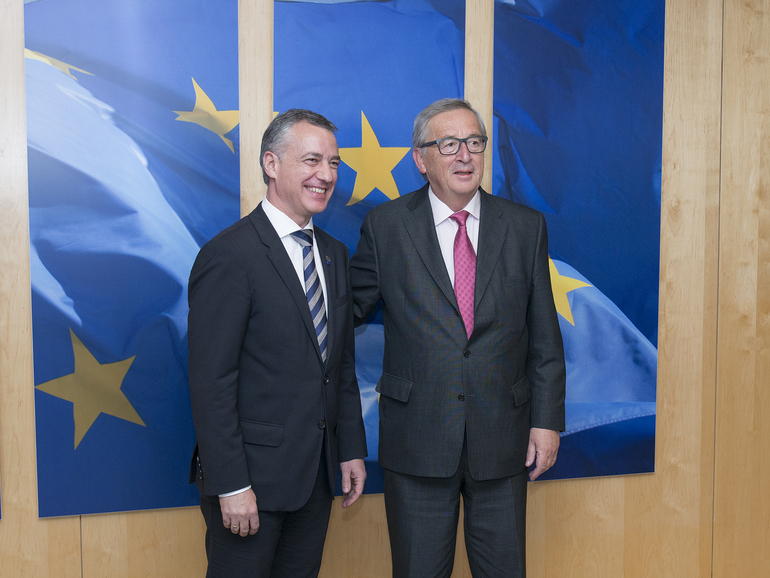 The Lehendakari met with the President of the European Commission, Jean-Claude Juncker, in Brussels

The Lehendakari explained the Basque Country's "European agenda" to Juncker and asked for nations, such as the Basque Country, to be involved in the reflection process on the "White Paper on the Future of Europe". He also stressed his commitment to social cohesion and proposed the humanitarian corridors as a channel to receive refugees, among other issues.

The meeting with Juncker was held at the EC headquarters in Brussels. The Lehendakari was accompanied by the General Secretary for External Action, Marian Elorza, the Director for European Affairs, Mikel Anton, and the Delegate of the Basque Country to Brussels, Marta Marín. President Juncker was accompanied by his Head of Cabinet, Martin Selmayr, the Deputy Head of Cabinet, Clara Martinez Alberola, and the Chief Spokesperson, Margaritis Schinas.

In addition to the meeting with Juncker, the Basque delegation, led by the Lehendakari, also met with the Commissioner for Economic and Financial Affairs, Taxation and Customs, Pierre Moscovici. A meeting is also planned with the European Parliament's coordinator for the Brexit negotiations, Guy Verhofstadt.

Lehendakari Urkullu explained to the President of the Commission that the Basque Government's strategy is in line with the Europe 2020 Strategy: Smart, Sustainable and Human Growth. The Lehendakari thus listed several priorities:

Meetings of the Lehendakari with top European officials

Since 2013, the Lehendakari has met with top officials from European institutions on different occasions:

Meeting between the Lehendakari and Commissioner Almunia on the situation of the shipping sector. (https://goo.gl/ecTB9d )

Signing of the Agreement by the Lehendakari and the Minister-President of Flanders, Geert Bourgeois. (https://goo.gl/ec16hd )