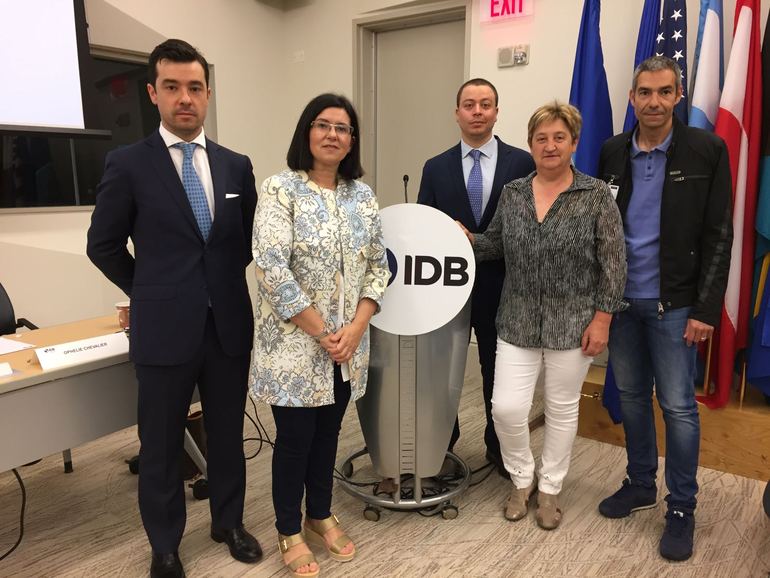 Emakunde, the Basque Institute for Women, and EUDEL, the  Association of Basque Municipalities were invited by the Inter-American Development Bank (IDB) to present two of their projects on April 27th at a seminar in Washington DC on good practices in gender equality.

After a pre-selection process (35 projects were initially preselected), four good practices in gender equality were selected from across Europe, two of which were developed in the Basque Country: the process of implementing equality public procurement by the Basque public administrations and “Virginia Woolf Basqueskola’, the program for the empowerment of women politicians.

The first will be presented by the Director of Emakunde, Izaskun Landaida, and the second by the Mayor of Elburgo, Natividad López de Munain, on behalf of EUDEL. This event and other working meetings during these days in Washington have been supported by the General Secretariat for External Action of the Basque Government and the Delegation of Euskadi in the United States.

The first of the good practices selected, the integration of the gender perspective in the public procurement processes, is a practice that began in the Basque administration after the approval of the Law for the Equality of Women and Men (2005). From that point on, a comprehensive and inter-institutional process was initiated aimed at making the inclusion of clauses for the equality of women and men a common and widespread practice in the Basque public administrations. Gender equality clauses in public procurement are provisions or conditions included in the contracts made by public institutions to carry out public works or purchase goods or services and aimed at eliminating gender inequalities and promoting equality of women and men. More information on gender equality clauses in contracts, subsidies and grants.

The second of the good practices selected was ‘Virginia Woolf Basqueskola’, an initiative by Emakunde and EUDEL that began in 2012 to create a “space of their own” for women elected officials, Mayors and Councilors, in Basque municipalities. The project’s main lines of action are information, training, skills development and individual and collective empowerment, as well as the creation of networks to foster pacts and alliances. Over the last years, Basqueskola has organized seminars, coaching for leadership and communication, workshops, and experience sharing. All the information, publications and materials are available on the website www.virginiawoolfbasqueskola.eus

The IDB aims to improve  quality of life in Latin America and the Caribbean. To this end, it promotes the improvement health, education and infrastructure through financial and technical support to countries working to reduce poverty and inequality. It is the main source of financing for the development of the region. The bank offers loans, donations and technical assistance as well as carrying out extensive research. In this case, the IDB surveyed and identified good practices in Europe regarding the equality of women and men in order to support their transfer to countries in Latin America and the Caribbean.

In addition, the Basque delegation held several working meetings with the Organization of American States (OAS), the Inter-American Commission of Women (CIM) of the OAS, the leadership of the Women in Public Service Project (Global Women’s Leadership Initiative), the international NGO Promundo, and representatives of the Seton Hall Basque Studies group, among others.