The Basque Country and Bavaria reiterate their commitment to interregional cooperation 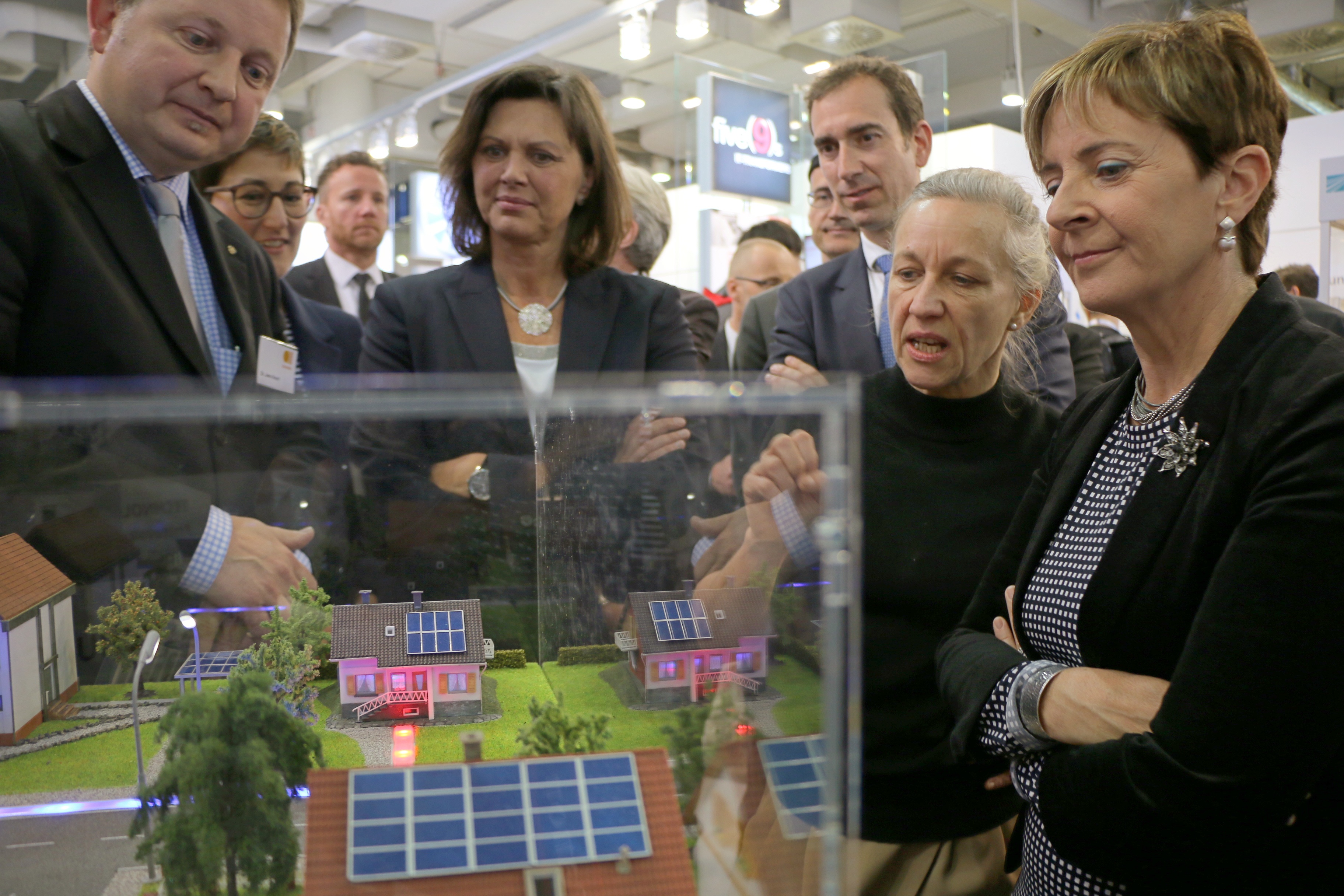 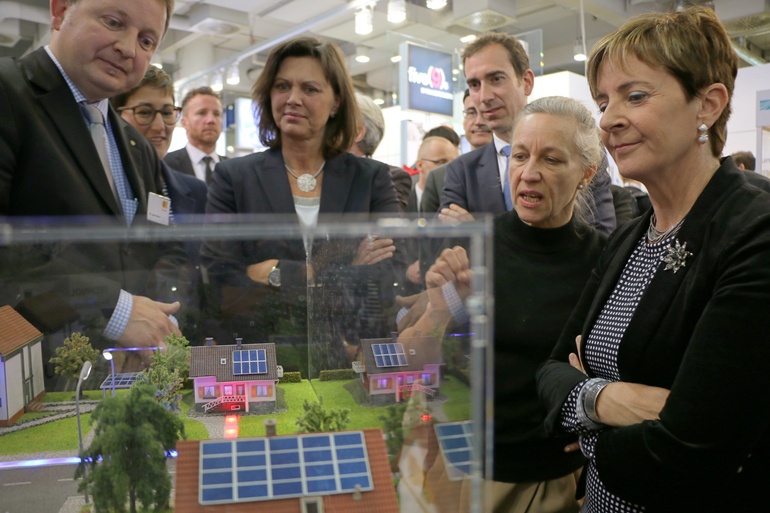 On the third and last day of the institutional schedule at Hannover Messe, the Basque Government's Minister for Economic Development and Infrastructures, Arantxa Tapia, met with the Minister for the Economy, Media, Energy and Technology of the Federal State of Bavaria, Ilse Aigner.

The work meeting was attended by representatives of the fields of Industry and Internationalisation from both governments. Minister Tapia was accompanied by the Deputy Minister for Industry, Javier Zarraonaindia, the Internationalisation Director, Ainhoa Ondarzabal, and by the head of the SPRI commercial office in Munich, Maria Sarricolea.

Both delegations reviewed the work so far, as a result of the MOU entered into between both governments in July 2014, and the future actions to be undertaken, in order to ensure continuity of the institutional relationship in the areas of industry and digitalisation.

At the end of the meeting, Minister Tapia accompanied the Minister in the ceremony to open the Bavaria Region stand where the Basque Country was introduced as a special guest and as "friends of Bavaria", as Aigner stressed in her public speech.

During the initial work meeting, both representatives reviewed the contents to be considered in depth in the future as part of the cooperation already existing between both governments.

Particularly noteworthy is the special focus on cybersecurity and they have agreed to share expertise and lessons learnt from the Basque Country and Bavaria.

In this regard, given that both governments already have cooperation agreements in place regarding industry & technology and security (last week, Minister Beltrán de Heredia signed an agreement with the Bavarian Security Department), Tapia and Aigner have decided to prioritise the addition of this matter to the cooperation areas.

Furthermore, Ministra Ilse Aigner has expressed her desire to design a joint schedule that envisages exchange visits of delegations from both regions with the direct involvement of the Basque and Bavarian ministers.

It is worth recalling that in November 2015, Tapia and Aigner oversaw the setting up of an institutional-technical panel in Munich.  Apart from both governments, its members include private technological and business stakeholders from the Basque Country and Bavaria through representatives of the Basque Country Chamber of Commerce, Confebask - the Basque Employers Association, the Tecnalia and Ik4 technological alliances, and the ACICAE, GAIA, AFM and HEGAN clusters.

Both the MOU and the Panel have enabled and encouraged stakeholders from both regions to have bilateral working relations during these 18 months.  A delegation also visited the Basque Country in 2016 to discover in situ some exemplary innovation and industrial cases.

Taking into account that there is great interest in the business digitalization pathway and model in Bavaria among the Basque system, a future visit by the Basque Government to Bavaria is to be organised to discover Bayern's Zentrum Digitalisierung and Bavarian trail-blazing companies in Industry 4.0.

The cooperation areas underway between both regions share themes of common interest, such as R&D&i, the industrial policy in such key sectors as the automotive sector, the manufacturing industry and machine tools, Vocational Training and Security.

Regions as drivers of development and competitiveness in Europe

The cooperation agreement and the alignment between the Basque Country and Bavaria are based on the commitment of both governments to be the European regions that, working together, reinforce and lead the competitive advantage.

As regards the relevance of the role of the regions, next week, the Basque Country will host the Committee of the Region's "Science Meets Regions Seminar 2017".  Apart from analysing the Basque Smart Specialisation Stratety - RIS3, the seminar, with technical contents and a strategic view, will an opportunity for representatives of the Committee of the Regions and the European Union to set out their vision of the specialisation, innovation and the role of the clusters in Europe.

It will be held at the Kursaal Conference Centre in Donostia-San Sebastián on 3 May and will be chaired by the CdR chair, Markku Markkula.