The Basque Industry 4.0 strategy to be unveiled at Europe's leading industrial fair 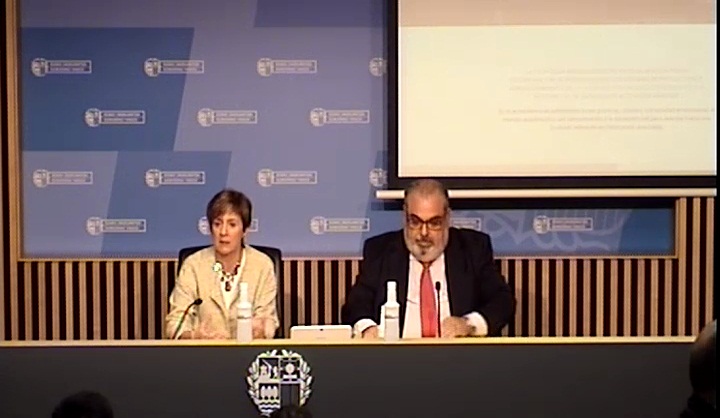 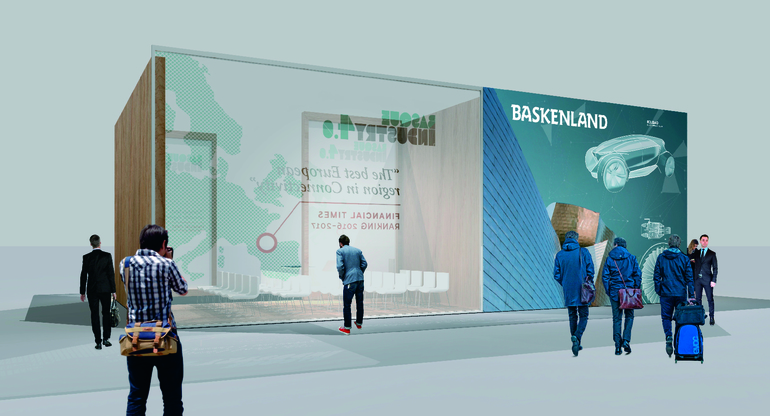 Hannover Messe, the trade fair to be held from 24 to 28 April, will host the Basque Industry 4.0 stand which will showcase the strategy's cornerstones and its most significant projects.

· Minister Arantxa Tapia pointed out “this trade fair is an unrivalled opportunity to showcase the strengths of the Basque Country in Industry 4.0 and to share them with companies and stakeholders of other countries”

· Over 40 institutions, companies, technology centres, universities and stakeholders have contributed 4.0 contents to exhibit on the stand.

· 15 sessions will be held on Basque 4.0 projects and the Basque Government's Ministry for Economic Development and Infrastructures and SPRI are taking this opportunity to organise an event to attract investment, aimed at German companies.

· The Basque Government will hold meetings with leading entities from Germany's Industry 4.0 and Minister Tapia will meet with Bavaria's Minister for Economy and Technology, Ilse Aigner, on Wednesday 26 April.

The Basque Industry 4.0 strategy will be present, for the first time, at the world's leading industrial fair, Hannover Messe. The fair, which will be held from 24 to 28 April, will host a Basque Government stand that under the Basque Industry 4.0 brand will spotlight the great endeavour that the Basque Country is making in the area of 4.0.

As part of the process to prepare the Smart Specialisation Strategy in recent years, the Basque Government identified Advanced Manufacturing as one of the strategic areas and has thus developed a specific strategy, Basque Industry 4.0. It has opted to incorporate smartness in production resources and systems, the use of emerging capacities and technologies in new products and processes, the integration of advanced materials in greater value added solution or improved processes, the efficiency and sustainability of the resources used and the integration of high value added services.

At a press conference today, Minister Tapia and José Esmorís, the representative of the 4.0 Steering Group, explained the details of the participation at the Hannover Messe fair, on which the members of the Basque Industry 4.0 Steering Group have been working, namely the ACICAE, AFM GAIA and Energy clusters, the TECNALIA and IK4 technology platforms, MONDRAGÓN UNIBERTSITATEA, THE BASQUE GOVERNMENT, SPRI, PROVINCIAL COUNCILS and INNOBASQUE: Along with the Steering Group members, the University of the Basque Country and the University of Deusto, along with numerous companies, have contributed contents. In total, over 40 organisations have been involved in providing attractive contents for the stand.

Arantxa Tapia stressed that "this fair provides us with a unique opportunity to showcase the strengths of the Basque Country in Industry 4.0 and share experiences with companies and stakeholders from other places around the world".

The Basque Industry 4.0 stand will be located at A36 in Pavilion 8 at Hannover Messe.  The stand space is 108 square metres, where there will be a reception desk, an area for meetings and presentations and a virtual room.

Apart from the Basque Advanced Manufacturing strategy, this space will be used to showcase the most important and most significant projects that the universities, vocational training institutions, technology centres, cluster associations and companies in the 4.0 field, using different media: screens, virtual reality, augmented reality, conferences, etc.

.- 4.30 p.m. on 24 April, Pavilion 8 D19: as part of the Industry 4.0 meets the Industrial Internet Forum cycle, the Steering Group representative, José Esmoris, and the SPR General Manager, Alexander Arriola, will talk about the Basque Country, a digital innovation hub. . .

12.00 noon Opening of the BASQUE INDUSTRY 4.0 stand with Arantxa Tapia, Minister for Economic Development and Infrastructures

Invest in the Basque Country session

Minister Arantxa Tapia will get the session underway and will give a talk entitled The Basque Country, an Attractive Place to Invest,and will be followed by Emilio Titos, Director of Mercedes-Benz Spain who will outline the experience of Mercedes, Germany's largest investor in the Basque Country. A discussion panel to share experiences of German investors in the Basque Country will then be set up, with the participation of  Ulrich Mehlmann (PMG Holding ­ Polmetasa), Valentín Guisasola (Shaeffler Group) and Thays Zapatero (Siemens).

Platform with the 4.0 offer for the company

On the other hand, the Steering Group has recently agreed to provide Basque companies with resources identified as  being priority.

Specifically, the  www.basqueindustry.eus platform, hosted at www.spri.eus, has been set up. Apart from showcasing the strategy, it provides the first catalogue of 4.0 infrastructures and assets on which the stakeholders in charge of this first phase of the strategy - stakeholders from the Basque Network of Science and Technology and clusters - have been working for months.

www.basqueindustry.eus is a common virtual space that will provide a snapshot of the potential and real usefulness of the strategy of the same name.  It will be an interface for the companies and entities offering this technology, the showcase for the range of 4.0 technology and aims to be the tool to help Basque industry find the appropriate setting and qualified personnel to help it to consolidate its 4.0 project.