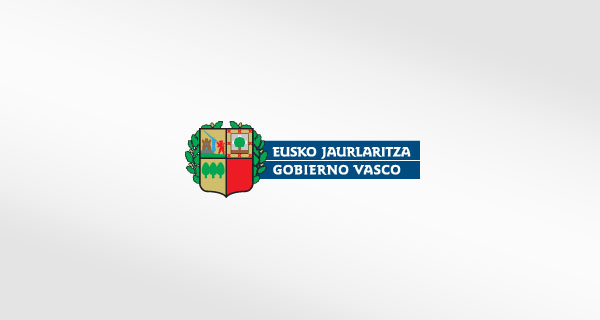 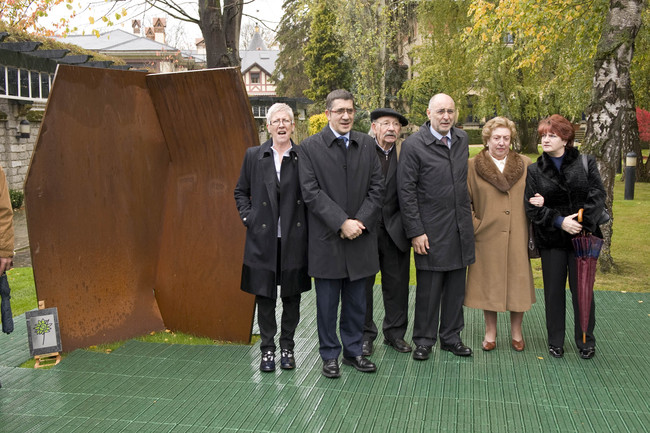 On the 10th of November, the only day on the calendar without any fatal attacks, the Ajuria Enea palace provided the venue for the first of the many events to honour the victims of terrorism with the unveiling of a sculpture by Agustín Ibarrola

"Memory is above all truth and justice". The Lehendakari, Patxi López, thus defined the reason for hosting a series of events to remember each and every one of the victims of terrorism. The Remembrance Day, which was held for the first time in the Basque Country today, is an "expression of unity and collective recognition of the terror that we have experienced and the suffering that we have gone through". The Lehendakari stressed that "remembering gives meaning to that suffering" that has become the "foundations underpinning this country" and "the fundamental reason for the ethical, political and social discrediting of terrorism". "The victims are therefore the symbol of the freedom and pluralism of the Basque Country," he added.

The Lehendakari, Patxi López, members of the Basque Government, relatives and victims of terrorism celebrated Remembrance Day in the gardens of the Ajuria Enea Palace. For the first time in the Basque Country, the institutions came together to honour the families and victims of terrorism to ensure that "the victims of the violence do not also become victims of oblivion." This was the tone of the institutional statement read by the Director of the Victims of Terrorism Office, Maixabel Lasa. "We have to keep faith and hope for a better future for everyone to ensure they are not forgotten," she concluded before the Lehendakari vindicated the victims as "a fundamental reason for the social, political and ethical discrediting of terrorism." "The victims are therefore the symbol of the freedom and pluralism of the Basque Country," he added.

During his speech, the Lehendakari stressed the importance of "remembering, as we cannot forget unless we want to loose our own dignity. If we erase the murders, the blackmail and the fear from our memory, it will seem that they have not existed. And the murderer will cease to be so as there will be no trace left of the murders committed," explained Mr López, who defended the official introduction of this Remembrance Day in the Basque Country as "remembering is above all truth and justice".

Mr López then pointed out that terrorism has created a "single family" from the "unique, diverse and unrepeatable" lives that have been snatched away. "The desire to murder is the only thing that makes them equal. What makes the victims members of the same family is the reason why they were murdered," he asserted before going on stress that "remembrance officially acknowledges the suffering inflicted in the face of a fascist and totalitarian aspiration".

López vindicated the memory of the victims as "they are the symbol of freedom and pluralism in the Basque Country". "They are a fundamental argument for the social, political and ethical discrediting of terrorism," he stressed, but, above all, it is, according to the Lehendakari, "a visual memory and promise of hope in a better future for everyone". "With the decisive momentum and concurrence of Basque society as a whole and led by its institutions," he concluded.