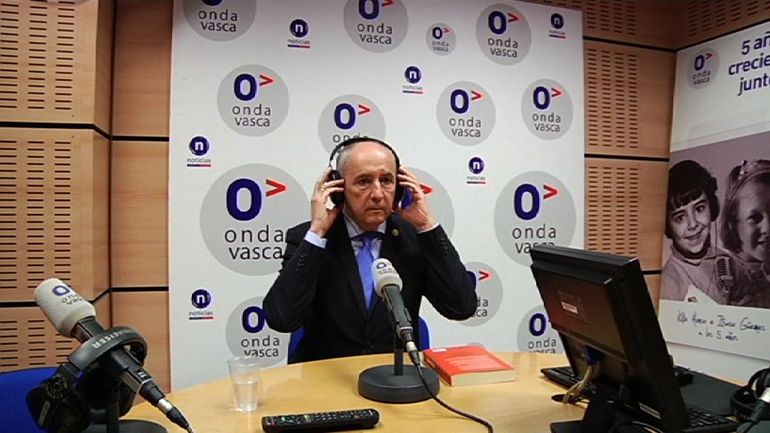 The Basque Government believes the possibility of ETA disarming in the short-term in an "irreversible, verifiable and without any strings attached" to be "true and credible", and is therefore ready to support the process, convinced that it is a "true and credible" scenario. The government believes that it is an important step towards an orderly end of the terrorist organisation, at the same time that it stressed that there were still issues to be dealt with. This was stressed by the Basque Government's spokesperson and Minister for Public Governance and Self-Government, Josu Erkoreka, during his radio interviews with Onda Vasca and Radio Euskadi this morning.

After news in the French press reported the possibility of ETA finally disarming soon, the Basque Country called for discretion by the key stakeholders involved in this process and prudence when making public statements. As Erkoreka pointed out, this has been the attitude on which the Basque Government, led by Lehendakari Iñigo Urkullu, has focused. Last Tuesday in Madrid, Urkullu himself undertook that he would "regularly update" the leader of the Spanish Government, Mariano Rajoy, in this regard and asked for Rajoy's "involvement and support". As Erkoreka explained, the meeting focused on the ETA disarming.

The direct involvement of the Lehendakari is, in Erkoreka's opinion, the best proof that the Basque Government "truly and honestly" believes that the conditions are in place for ETA to handover its weapons in the short term. The Basque Government appreciates that there is a "true and credible possibility" that there can now be an "irreversible, verifiable and without any strings attached" disarming, and for which it has been working in recent years, as the spokesperson explained. According to the Basque government, it is an important step towards the orderly end of ETA that it has been calling for. "The focus has to now be, even though we then talk about dissolution, on recognising the senseless damage caused and of everything still needed involved in this step to eradicate the history of ETA from our lives," he added.

The Basque Government stresses that one of the criteria that must underpin the process to hand over the weapons is that the operation is legal.  It has therefore announced that it will made information on the geolocation of the arsenals to the French justice system. In this regard, he called on the French and Spanish governments to allow "that this can happen". He also argued that during the handover, the weapons should not be destroyed or handled in any way that could hinder the police forensics and a possible subsequent investigation.