The Basque Country and BCC launch the II Basque Culinary World Prize, an award for chefs with "transformative initiatives" 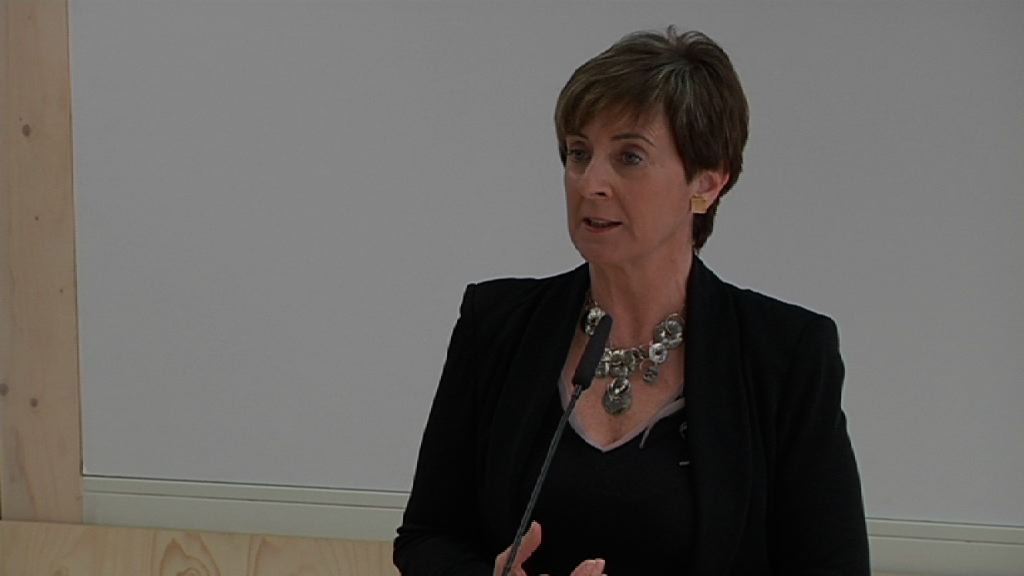 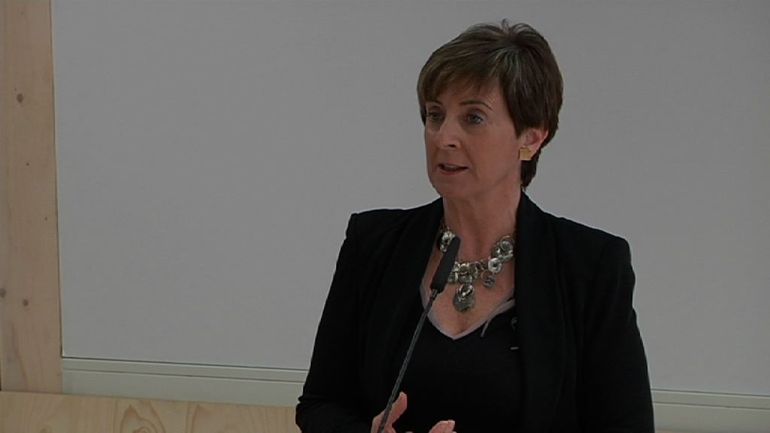 The II Basque Culinary World Prize has got underway today.  This international award for chefs with transformative initiatives was set up by the Basque Government and the Basque Culinary Center to celebrate the culinary evolution achieved thanks to a generation of chefs understanding the opportunity it offered to increase the outreach of their profession and establish links with society beyond the kitchen.

A group of authorities and dignitaries of the ilk of the Basque Government's Minister for Economic Development and Infrastructures, Arantxa Tapia, the chef Elena Arzak or Joxe Mari Aizega, Director of the BCC,  were there to get the new nomination process underway: professionals and institutions from the sector have two months to nominate chefs from around the world who show how gastronomy can be a force for change in areas such as innovation, education, the environment, health or economic and social development..

"This award is part of the Basque Country integral strategy. This nation branding based on our strengths and unique features positions us as a global player, a benchmark of excellence, as a model for quality of life and for social cohesion, as a competitive and innovative territory.

The culinary world is one of the scenarios where we want the Basque Country to be an international trail-blazer, as we are convinced of the potential importance of this sector. With gastronomy taken to be part of the food value chain and as a driver for change that provides a different approach to conventional structures and that searches for solutions to social problems," added Minister Tapia.

The winner shall be chosen by a jury made up of some of the  best chefs in the world and will receive EUR 100,000 to be given to a project of the winner's choice expressing the transformative power of cuisine.

"In 2016, over 120 chefs were nominated, with projects from over 20 countries, which reflect an inspiring and multiplier effect. There are chefs working intensely whose stories deserve to be shared as they strive to connect their culinary heritages, traditions and products, with their culture and society," explained Chef Elena Arzak, as she looked back on the first BCWP, which was won by Chef Maria Fernanda Di Giacobbe for her Cacao de Origen [Cocoa of Origin]  project in Venezuela.

"We are convinced that gastronomy may have a special impact on society when chefs embrace the responsibility that comes with having a public voice. This second award will continue to showcase specific examples of the extraordinary work that chefs are doing around the world, whether or not they are the public spotlight, or whether it is on a small or a large scale," explained Joxe Mari Aizega, General Manager of the Basque Culinary Center.

For the second time

In 2017, the Basque Culinary World Prize will be awarded by a jury made up of members of the BCC International Board, chaired by Chef Joan Roca (Spain). The members include Gastón Acurio (Peru), Ferran Adrià (Spain), Alex Atala (Brazil), Dan Barber (USA), Heston Blumenthal (England), Massimo Bottura (Italy), Michael Bras (France), Dominique Crenn (USA) Yoshihiro Narisawa, (Japan), Enrique Olvera (Mexico), René Redzepi (Denmark) and the winner of the I Basque Culinary World Prize, Maria Fernanda Di Giacobbe from Venezuela. Special guest members of the jury will include celebrities of the ilk of Kirmen Uribe, the Basque writer, and the Mexican author Laura Esquivel (Like Water for Chocolate).

Candidates for this award must be nominated by another professional working in the culinary sector, in other words, by a chef, restaurateur, producer, food writer or journalist, or by institutions of the sector. The nomination period runs from today until 2 May 2017.

The Basque Culinary World Prize therefore draws on the culinary community in order to discover people who, anywhere in the world, may be working on transformative initiatives and who are not necessarily in the public spotlight. Anyone with a background working in the sector - regardless of their culinary culture and national - may be eligible to win the prize. The chefs may be nominated through the Basque Culinary World Prize www.basqueculinaryworldprize.com.

At the end of the nomination period, the candidates will be assessed by a Technical Committee, made up of academics from institutions including the Spanish National Research Council (CSIC) and the Department of Food Systems, Culture and Society at Oberta University, in Catalonia (UOC), along with Chef Elena Arzak (the 3 Michelin star Restaurante Arzak in San Sebastián)

The technical committee will select 10 finalists, from whom the winner will be chosen. The jury will reach its final decision during a face-to-face session in Mexico City on 17 July, as part of the annual meeting of the Basque Culinary Center Advisory Board. In October, the official prize ceremony will be held in the Basque Country.

"The Basque Culinary World Prize will identify drivers of change - men and women, workers, entrepreneurs, who are dedicated to excellence -, creative and innovative people, who are tenacious, think outside the box and could even be thought to be foolhardy, but who are, above all, committed to their community," explained Joan Roca, chair of the BCC Board and of the Jury, chef at El Cellar de Can Roca (3 Michelin stars in Girona, Spain).

"Cooking is not an end in itself, but rather a means for much more important things. Seen in that light, it has proven to be a powerful tool for change. Therefore, chefs must be committed and aware of their contribution to a more sustainable, equitable and fairer society," stressed Gastón Perú, Chef at Astrid & Gastón Peru.

"Culture, knowledge, awareness and sense of responsibility. These are the foundations of the chef of the future.  I am therefore proud to be part of this award, where we aim to inspire and mobilise those people who strive to make a difference by means of commitment to their society," pointed out Massimo Bottura, chef at Osteria Francescana (3 Michelin stars in Modena, Italy).

"Today's food culture has provided chefs an influential platform, including the power, if not the luxury, to innovate. As arbitrators of taste, we can help to inspire a new way of eating," commented Dan Barber, chef at Blue Hill and Stone Barns (New York, USA).