The Basque Government approves the budget for 2011, designed to emerge from the economic crisis 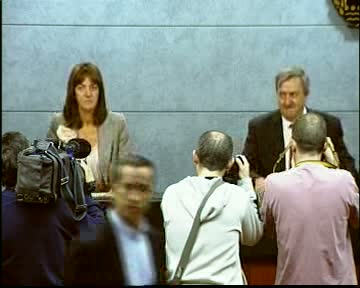 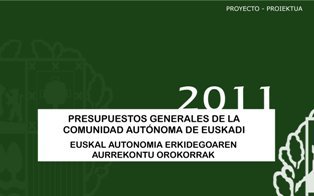 The new budget amount to 10,549.5 million euros, the majority of which will be assigned to social expenditure.

Today, the Basque Government passed the General Budget for the coming year, amounting to a total of 10,549.5 million euros, which represents an increase of 2.3% in comparison with the previous financial year. The new figures have been passed in an extraordinary cabinet meeting celebrated first thing this morning, wherein a package of extraordinary measures to be financed by this year's budget was also approved: the package involves a total of 249 million euros that will enable further promotion of the commitment to innovation and knowledge whilst also strengthening the production network.

The details of the new budget were presented by the Spokesperson for the Government, Idoia Mendia, and the Basque Minister for the Economy and the Treasury, Carlos Aguirre, who drew attention to the fact that the new figures were designed "to contribute to emergence from the economic crisis," within the framework of the "difficult economic and fiscal situation, marked by the slow and gradual recovery from the profound impact of the recession affecting the global economy and Spain in particular."

Aguirre explained that the budget for the coming year aims to relaunch economic activity and increase employment, placing emphasis on innovation and training as measures "to continue to position the Basque Country as a sustainable society characterised by solidarity and competitiveness."

The Government intends to address three fundamental objectives via the budget: making advances in efforts to achieve fiscal consolidation, increasing economic competitiveness via improvements in productivity and guaranteeing maintenance of current standards in terms of Welfare State services and benefits.

Furthermore, according to Aguirre, whilst fiscal consolidation has established a deficit of 1.3% of the GDP (885 million euros), budgetary efforts will enable improvements in this area and the reduction of the deficit of up to 818.4 million euros as a result of savings of 294.7 million euros.

With regards to income, the Minister highlighted a reduction of 46.8% of net debt (1017.8 million euros) and funds that will be assigned to the "Y" Basque railway project representing an increase of 22.2% (275.5 million euros).

Carlos Aguirre pointed out that the cuts in the expenditure forecast for the coming year do not entail a reduction of public services or, more specifically, social protection services, which are assigned a total of 7514 million euros in the new budget, 72.9% of the total.

According to the Minister, social expenditure per resident amounts to 3489 euros, wherein the most significant social services are Health, which accounts for 32.2% of the total, Education, accounting for 24.4%, and social protection and intervention, accounting for 9.1%, subsequent to the transfer of the active employment policies.