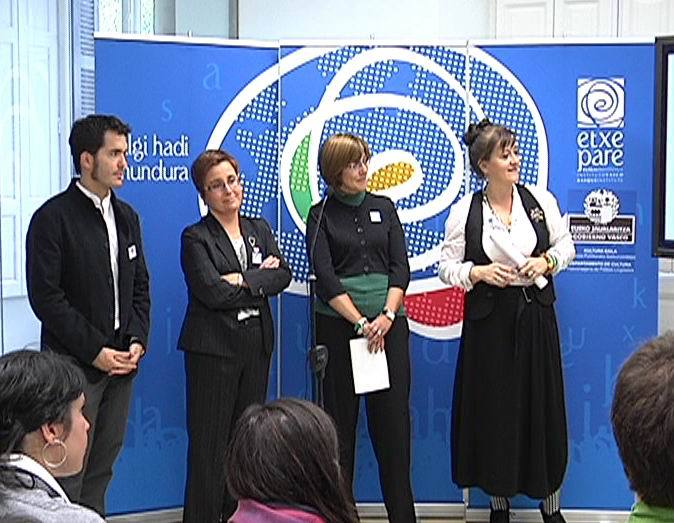 The institute aims to disseminate Basque language and culture throughout the world
"The institute provides a space for all expressions of Basque culture," Aizpea Goenaga stated, affirming that Basque artists will be "overseas ambassadors for Basque culture and language."

The Etxepare Institute began operating today with the aim of disseminating Basque language and culture throughout the world.

The objectives of the institute entail the universal promotion of the teaching, study and use of the Basque language, respecting the contributions of all communities that share this language; contributing to the dissemination of Basque culture overseas, in all its forms and expressions; and bringing the reality of the Basque Country closer to Basque speakers throughout the world.

The Basque Government's Minister for Culture, Blanca Urgell, and the director of the Etxepare Institute today inaugurated the new offices in San Sebastian and the new corporate logo.