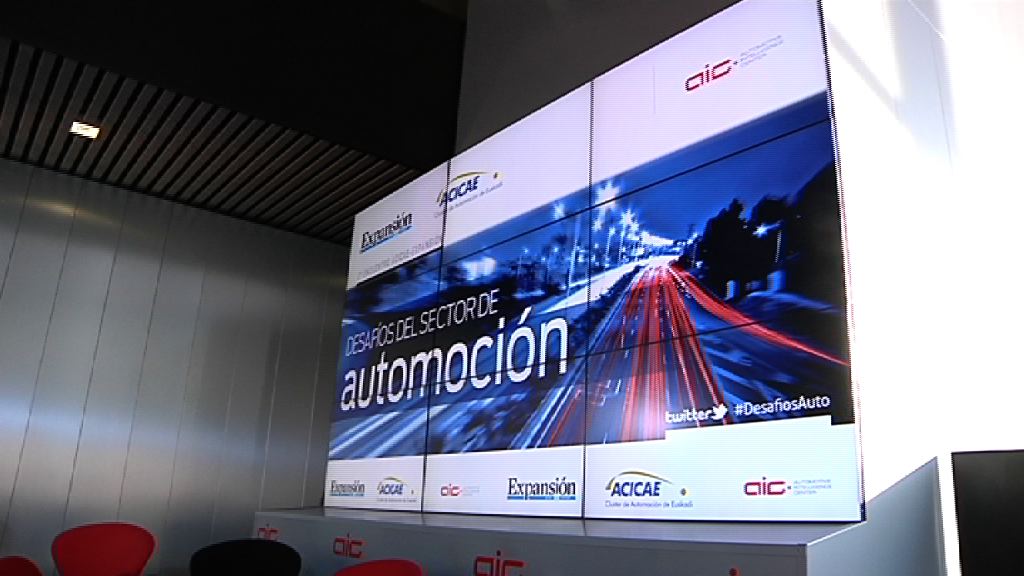 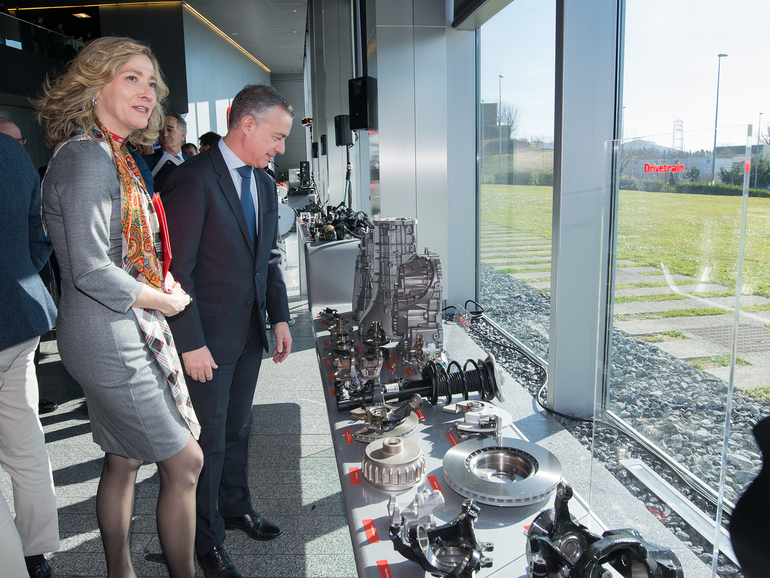 Lehendakari Urkullu attended “Challenges of the Automotive Sector”, a meeting organised by ACICAE-Automotive Cluster of the Basque Country

Lehendakari Iñigo Urkullu, the Basque Premier, accompanied by the Minister for Economic Development and Infrastructures, Arantxa Tapia, opened the II “Challenges of the Automotive Sector” meeting, organised by ACICAE-Automotive Cluster of the Basque Country and the Expansión newspaper. The Lehendakari stressed that the industry is a “core sector” to guarantee sustainable growth and generate new job opportunities.  Precisely for that reason, the Basque Government will allocate EUR 8,600 million up to 2020 as part of the Job and Economic Revival Framework Programme.

The event was held at the AIC-Automotive Intelligence Center, at the Boroa Business Park (Amorebieta-Etxano), and the delegates considered the positioning of the sector, its situation, expectations and investments for the coming years. Indeed, the heads of leading companies in the sector, including Renault España, Batz, GM España, Toyota España, CIE Automotive, Über and Bridsgestone Hispania, were there to give their input to help with that analysis.

During the opening of the meeting, the Lehendakari stressed that the Basque Country had successfully managed to generate an “attractive ecosystem” for the automotive industry, to the point that it is the leading sector in terms of GDP. “The Basque automotive sector is one of the most open, competitive and innovative in the world,” added Urkullu.  He went on to give some figures to prove this point, such as that it exports 90% of its production or earmarks 2.7% of its invoicing to R&D.

Thus, aware of the industry's important role in the Basque economy, and it is a "core" sector to quote the Lehendakari given the progress it has shown in the last three consecutive years – 2016 ended with growth of 2.3%-, the Basque Government is prioritising the Job and Economic Revival Framework Programme, which has been allocated EUR 8,600 million up to 2020.  The target is to achieve 25% of the industrial GDP and cut the unemployment rate to under 10%. “That will need everyone to come onboard, as we need institutional stability, public-private partnership and dialogue," pointed out the Lehendakari.