A delegation of Basque companies in Brazil visits Brasil Amarras, part of the Vicinay Group 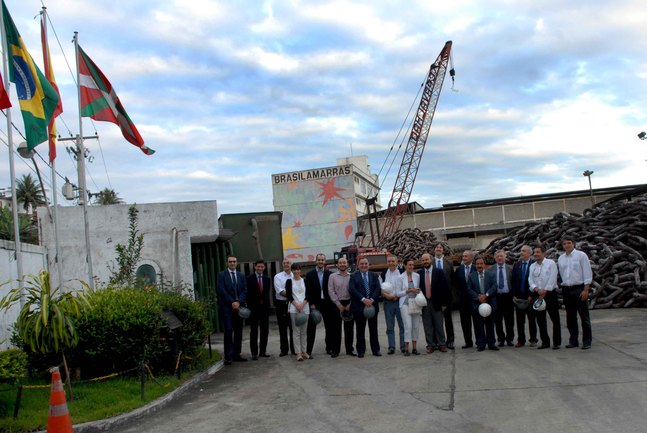 A delegation of 15 Basque companies within the maritime sector, accompanied by the Vice-Minister for Industry and Energy, Xavier Garmendia, have visited Brasil Amarras, part of the Vicinay Group, the first Basque Company within the naval sector, which established itself in Brazil 33 years ago.

The 15 companies from the naval sector will participate in the Summit in Rio de Janeiro, organised by the Basque Maritime Forum (FMV), along with leading Brazilian companies that form a part of the National Congress of Brazilian Naval Engineers. Amongst the events celebrated between the 25th and 29th of October, yesterday they visited the company Brasil Amarras.

The personnel of the Basque companies and the capacity of the Basque Country enjoy considerable prestige in this market as a result of their quality and technological development. Brazil is currently the strongest market within the maritime sector at global level. The discovery of important oilfields and gas reservoirs in Brazilian waters has led to a dramatic increase in the demand for new ship construction to enable work on the oilfields.

It is currently estimates that 150 new vessels of various types will be required and in this manner the Basque companies can participate in these projects.

In the adjoined photograph, a moment during the visit featuring the Brazilian authorities and the Basque delegation.