Artolazabal: “at this stage when the European Commission is working to define the European Pillar of Social Rights, participation must be completely open to sub-state governments” 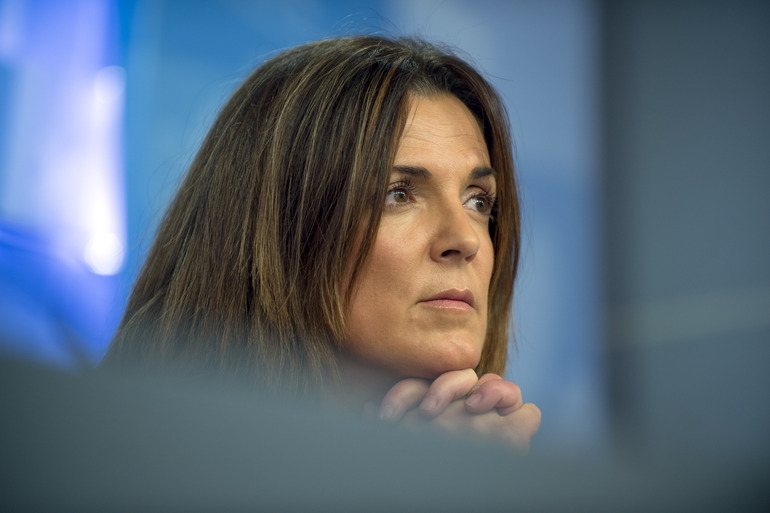 The Basque Government Minister of Employment and Social Policy, Beatriz Artolazabal, considers that “the Basque Country offers the European Union the example of a Country dedicated to social rights. Provisions are offered from regions and countries and, although one of the keys lies in their social security systems, at this stage when the European Commission is working on definition, participation must be completely open to sub-state governments, the ones that provide the majority of social services. This would ensure benefit from the good experiences and practices developed in different countries like the Basque Country”. The European Union is currently working to establish the so-called “European Pillar of Human Rights”, and will present detailed actions in March.

“Our social policies in regard to guarantees, education, health and housing demonstrate that we are an advanced country, always managed carefully and with foresight, something which fully coincides with this European Commission initiative” said Artolazabal. “The Union was born to create a space of peace, democracy and prosperity and none of the three can be achieved if social isolation and breakdown exist. That’s why social policies are an investment in people, in fairness and in equal opportunities, and in this field the Basque Country is the outstanding leader in Spain and ranks higher than the European average.”

“The role of regions and countries is important, above all given our detailed knowledge of local social situations and of activity and employment trends” explained Artolazabal. The Minister recalled that “international indicators such as the Human Development Index precisely measure the efforts made by societies in areas of fairness and social policies and their practical results. The Basque Country, which holds 8th place worldwide, is a benchmark country in the United Nations Development Programme (UNDP) ranking.”

More than 600 participants from Member State authorities, social partners and civil society, Ministers and several Members of the College of Commissioners discussed the results of the public consultation on the European Pillar of Social Rights.

Ever since President Juncker announced the initiative in September 2015 there has been wide debate on the content and role of the European Pillar of Social Rights and above all on how to ensure fairness and social justice in Europe.

Jean-Claude Juncker has announced that he will host, with Sweden, a «Social Summit for Fair Jobs and Growth» in Gothenburg on 17th November 2017. “Since the start of my mandate, I have made clear that I wanted a more social Europe. We have taken important first steps to achieve that and this year will be crucial” said the President. “Following the broad public consultation, it is time to establish the European Pillar of Social Rights. The Social Summit in Sweden will help us to deliver the momentum and put social priorities where they belong: at the top of Europe's agenda.”

According to the European Commission, “In spite of recent improvements in economic conditions the legacy of the worst economic and social crisis in recent times has been far-reaching. The world of work and our societies are changing fast, with new opportunities and new challenges arising from globalisation, the digital revolution, changing work patterns or demographic developments.”

“We share a responsibility and an interest in working for a more prosperous and future-proof Europe, where economic and social developments go hand in hand. Delivering on a more social and fair Europe is a key priority for this Commission.” Juncker indicated as the basis for developing a European Pillar of Social Rights.

On 8th March 2016, Vice-President Dombrovskis and Commissioner Thyssen put forward a preliminary outline of this initiative. The Pillar will set out a number of essential principles to support well-functioning and fair labour markets and systems. It has been conceived as a reference framework to screen the employment and social performance of participating Member States, to drive reforms at national level and, more specifically, to serve as a compass for the renewed process of convergence across Europe.

The Social Summit in November will be an opportunity to discuss the policy priorities and initiatives set at European level and to see how the European Union, can deliver on its economic and social priorities.