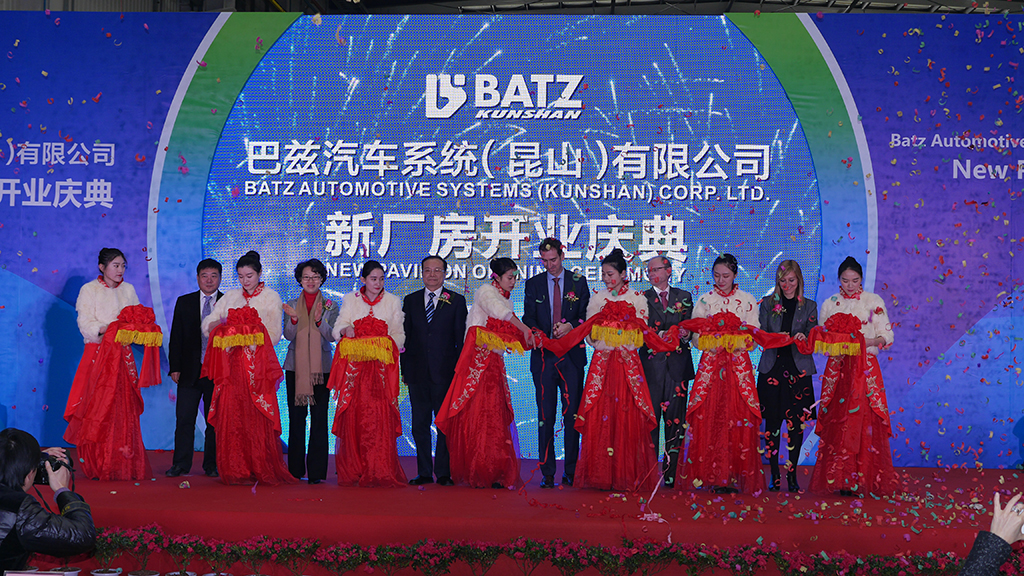 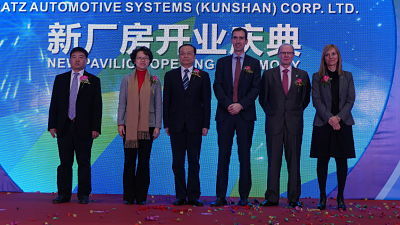 -      The Deputy Minister for Industry, Javier Zarraonandia, gave Batz as an example of the internationalization, innovation and Industry 4.0 strategies that "can be summarised as being the best at what we know how to do well”

-      The factory opened this Friday expands the one already operating at this industrial park and will be used for the Basque company's stamping processes.

This Friday, the Basque Government and the Kunshan local authorities opened the fourth plant of the Basque company Batz in China, and which has involved an investment of EUR 6 million. The ceremony was held as part of the institutional and trade mission to the Asian country by a delegation of the Basque Ministry of Economic Development and Infrastructures since last Monday.  The delegation is headed by the Deputy Minister for Industry, Javier Zarraonandia, along with the General Manager of the SPRI Group, Alexander Arriola, the Director for Internationalisation, Ainhoa Ondarzabal, and the SPRI Director for Internationalisation, Miren Madinabeitia.  During the trip, the delegation met with several Basque companies established in China, along with the local government of the Jiangsu region and its business chamber, the largest in China with over 170,000 member companies.

During the opening ceremony at the Kunshan business park, the Deputy Minister for Industry stressed that Batz, part of the Mondragon Corporation, “the most important cooperative group in the world”, represents a way of working and an economic development that is “very special, very beloved and highly acclaimed within and outside our territorial boundaries”. Zarraonandia stressed the huge importance of this new factory in China for the Basque economy. “We need to be where the best are, we need to learn from the countries that are doing well, and we want to do our part in the economic development of those host countries".

The setting up of the factory at the Kunshan business park is, as he stressed, “a success story reflecting the huge opportunities that the region offers to attract the best international investments".

The Deputy Minister stressed that the Basque Country is seeking, and sometimes manages, to compete with economic powers such as China.  “And we are partly doing so because there is a historical business tradition and because there is an economic development and political management strategy. Internationalisation, innovation and what we call Industry 4.0 are the strategic core areas on which we want to develop our economy. And that is the line that our best companies and business groups have been applying”.

Zarraonandia cited Batz as an example of all this, which “can be summarised as being the best at what we know how to do well. And I am talking about the main sectors in which Batz operates:  machine-tool, automotive, energy and aerospace”.

The factory opened this Friday expands the one already operating at this industrial park for the Basque company's stamping processes. The new production plant has a gross floor area of 4,200 square metres, 3,400 of which are for the factory itself and 500 square metres are for office space.

On Friday, the delegation ended its institutional and trade mission with a meeting in Shanghai with the Basque companies established in China, with nearly 40 companies present. China currently has 133 Basque companies present in China (including the Hong Kong and Taiwan administrative regions), which have established 200 commercial and production ventures in the country. The vast majority is located on the country's eastern coast, particularly in Shanghai and Jiangsu.  Nearly half of those companies belong to the mechanical equipment and machinery sector.

During the ceremony, Deputy Minister Javier Zarraonandia stressed that China was the Department’s first official trip of the new parliamentary term. “That is not by chance. The main business drivers of the Basque Country are established here. We have seen the highly competitive level that the Basque company shows in China”. He added that the strategy of the Ministry of Economic Development places “great emphasis on the Basque company specialising in being the best of what we know how to do well. You are an example of that strategy”.

The Deputy Minister stressed that the new Basque Government of Lehendakari Iñigo Urkullu is optimising all its tools and strategies to improve the economy and create employment. “And we are working on new internationalisation and industry plans and on new programmes to drive R&D&i, new technologies and Industry 4.0".

He went on to explain that the aim in this parliamentary term was to give a “special impetus to internationalisation to be closer to our companies, closer to you”. And he launched two messages to the Basque companies in China: the Basque Government’s proximity to them as “you must not forget that your success is going to be the success of all of us” and the gratitude for their “constant work, for striving to be the best and for being outstanding ambassadors for the Basque Country".