The Lehendakari responds to citizens in a new Twitter interview 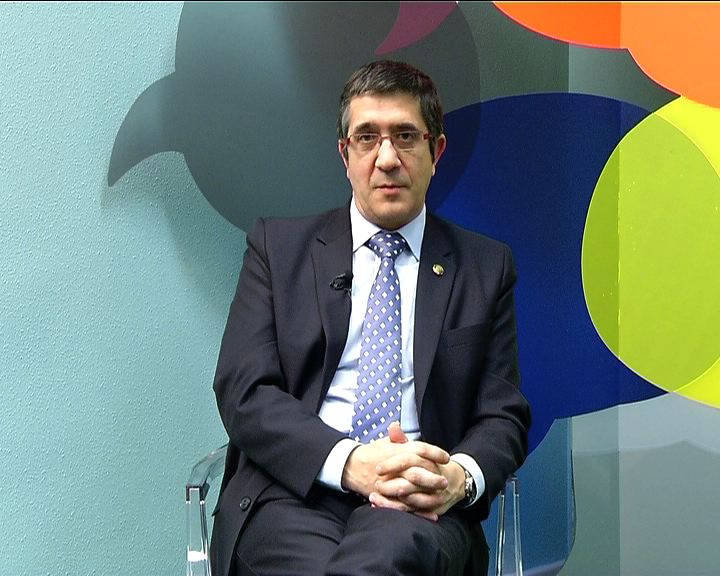 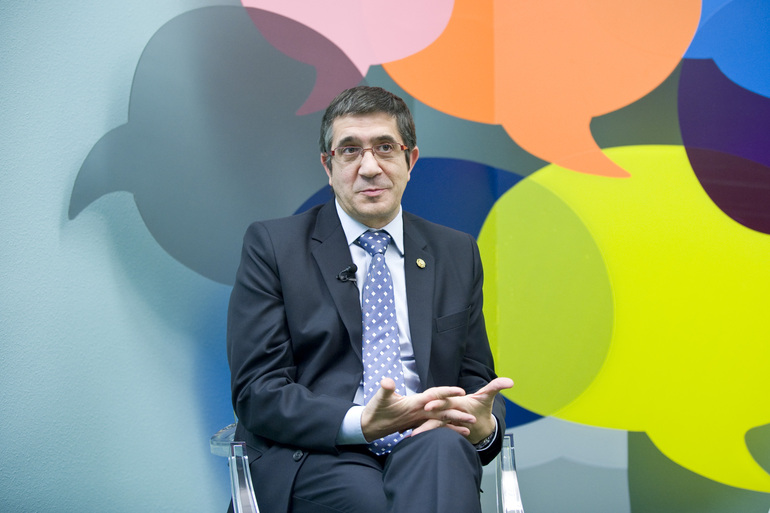 The end of terrorism, the implementation of the Statute, the economic situation, changes in the central Government and questions of a personal nature are amongst the issues raised by citizens

The Lehendakari, Patxi López, has held the fourth live interview with citizens since he entered office as the head of the Basque Executive. This periodic event enables the Lehendakari to fulfil his commitment to bring the Basque administration closer to citizens, particularly those individuals who wish to have the Lehendakari answer their queries or questions without intermediaries. On this occasion, the implementation of the Statute of Guernica, the recent cabinet changes made by José L. Rodríguez Zapatero and the emergence from the economic crisis have been the most frequent topics raised by the individuals who connected to the Twitter social network at 18:00 and those who formulated their questions previously via the Irekia citizen participation web site.

Arrate Fernández was the first Internet user to receive a response from the Lehendakari in his fourth Twitter interview since coming into office. This periodic event, wherein the Lehendakari opens the doors of the Lehendakaritza "on the net" to the citizens of the Basque Country, has served to provide evidence of citizen interest in political affairs, social matters and even questions of a personal nature concerning the Lehendakari.

The Internet users have shown their interest in the latest current developments: the first question addressed the situation of the left-wing Abertzale nationalists and their hypothetical presence in the upcoming municipal elections. "We place no demands on the left-wing Abertzale nationalists that we, the remainder of the political parties, do not comply with," the Lehendakari reiterated, stressing that "their presence or absence in the elections is "their responsibility." "If they wish to be present in the elections and enter politics, they know what they have to do, and it falls to them to do it," he added, affirming the Basque Government will maintain its policy of "democratic steadfastness" and "zero tolerance" in the face of terrorism.

Questioned about the appropriateness of commemorating the Statute of Guernica at the present time, the Lehendakari defended the role played by the Statute as a "pact amongst different peoples who want to live as equals." With regards to those who were not present in the act celebrated yesterday in the Lehendakaritza, more specifically the absence of the former Lehendakari, Ibarretxe, who defended his doctoral thesis in San Sebastian, the Lehendakari expressed his regret that Ibarretxe has returned to the "Ibarretxe Plan", which he characterised as a "failed" and "confrontational" initiative, rather than joining the celebration of the "meeting point" that the Statute of Guernica represents.

The municipal coming of age

JSAlava raised the issue of the Draft of the Municipal Law, presented last Friday, in order to understand what it will afford to the town and city halls. "Their coming of age", the Lehendakari responded, explaining that the new Law will provide the municipalities with financial autonomy and greater clarity in terms of their competences. "The time has come for everyone to lay their cards on the table and state whether or not they are willing to cede competences and resources," he emphasised, announcing that the Basque Government is willing to put this into effect.

Over the course of the half-hour period taken in by the interview with citizens, the Internet users have raised the issue of the latest cabinet changes carried out by José Luis Rodríguez Zapatero, asking the Lehendakari whether or not he is planning similar changes in his Executive. "I am truly satisfied with the Basque Country's Government," he assured the interlocutors, defending the work of the ministers and administrative personnel.

Continuing with political themes and current affairs, mikelotaegi also questioned the Lehendakari in relation to his hypothetical rival in the next regional elections, or even general elections. The Lehendakari showed his respect for the internal processes of other parties whilst ruling out the possibility of competing as a presidential candidate.

The Basque language, housing and the smoking law

Leaving aside political matters, the questions of the citizens also focused on other areas of interest. During the interview, and previously via Irekia, may interlocutors asked questions in the Basque language, a few relating to the advances made by the Lehendakari in relation to his fluency in this language. "I have just come from my class," Mr López confessed, going on to praise the work of blogs such as Sustatu.

Addressing social concerns and personal matters, the Lehendakari was also obliged to respond in relation to the new anti-smoking law that prohibits tobacco use in all public spaces, given that he is a smoker, which the user Netoratón classified as a "contradiction." "Personal cravings can never form the basis of policy, first and foremost the health of citizens must be considered and respect for non-smokers rather than focusing so much on whether or not I smoke," the Lehendakari stated, affirming that he has begun the process of giving up smoking.

Housing was another area of concern amongst the Internet users, an area where the Lehendakari has stated that he is committed to ensuring that young people begin to gain independence via rented property, one of the main "commitments" of the Basque Executive.