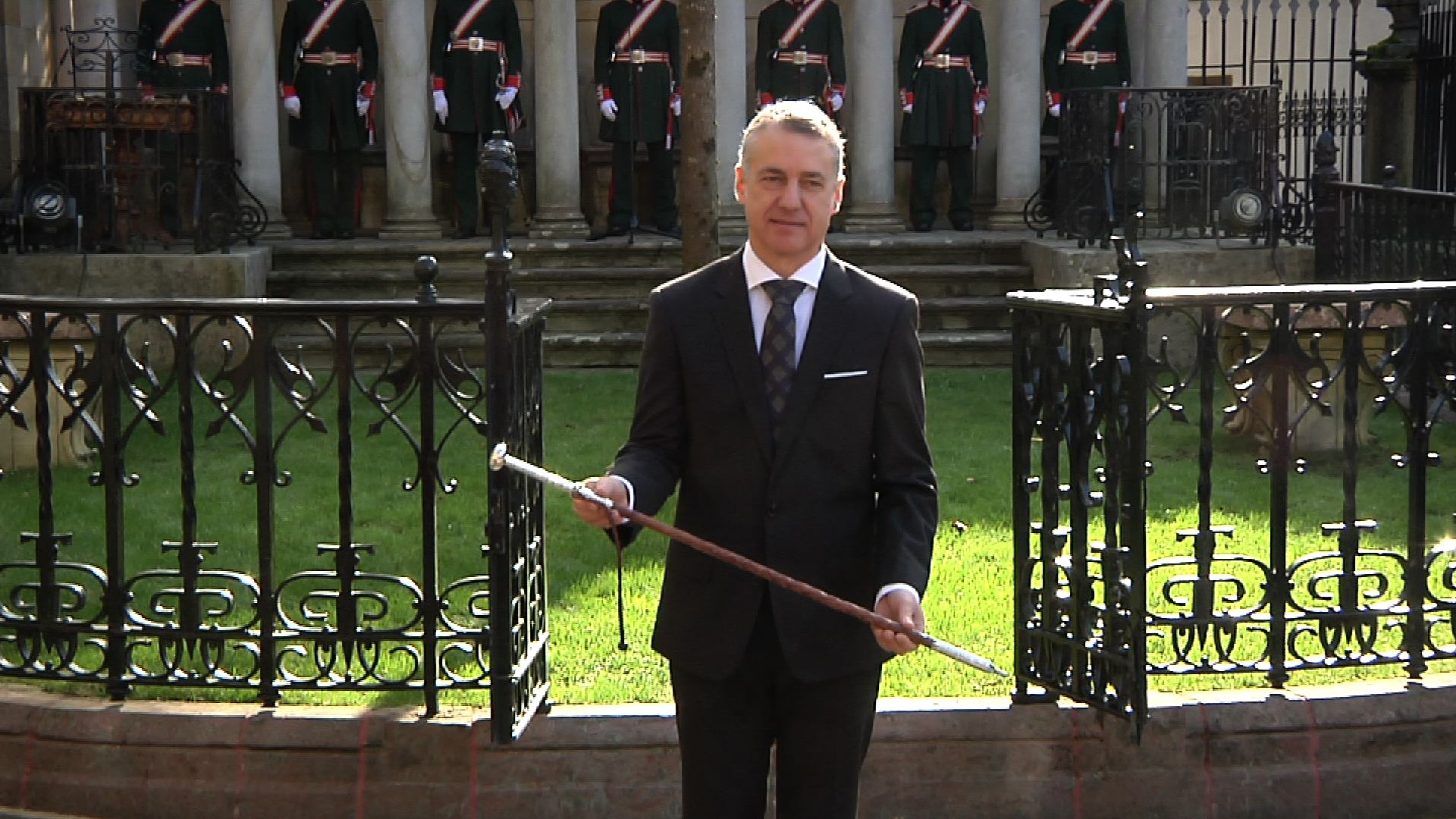 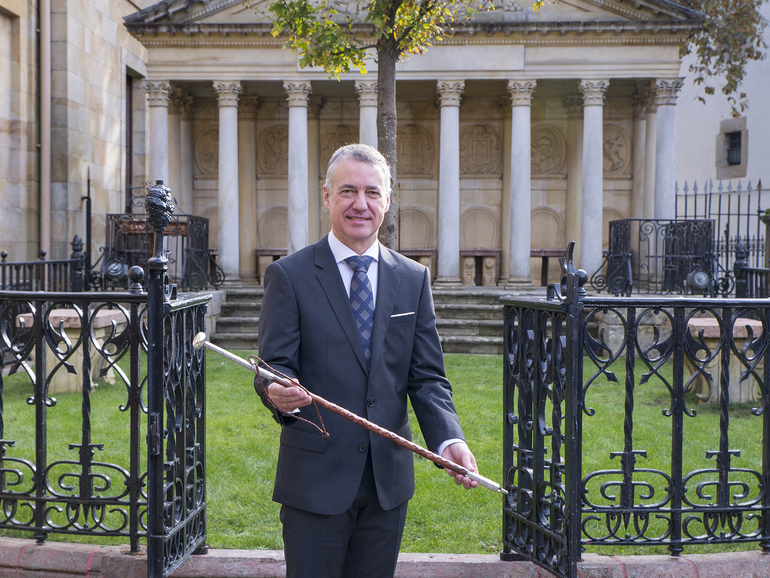 Iñigo Urkullu has this morning taken his oath of office as Lehendakari (Basque Premier) under the Gernika Tree and before the members of the Basque Parliament, sitting in full at the Assembly House. Urkullu repeated the formula used in 1936 by the first premier of the Basque Government, José Antonio Agirre, even though he made some changes. The Lehendakari avoided the expression "Before God prostrated" and replaced it by “Humble before God and society”, as he had already done in 2012.  There was no Bible or crucifix on the oath table on this occasion.

Urkullu took his oath of office in Basque on the Parliament’s copy of the Basque Statute of Autonomy – which was also used to swear in the Basque Government’s Ministers -, and a copy of the Old Charter of Biscay.    Produced on 4 November 1600 by Juan Ruiz de Angiz, the scribe, the Charter was the first text to record the set of institutions of the Lordship of Biscay, the individual guarantees of the people of Bizkaia and the way of participation in public life.

After the official appointment of Urkullu as Lehendakari had been read out, he left the Assembly House to take his oath of office under the tree, the symbol of Basque freedoms.  The speaker of the Basque Parliament, Bakartxo Tejería, was alongside him, as it was an extraordinary session of that Parliament. At the end of the oath, the Ertzaintza (Basque National Police) band played the Basque anthem, “Euzko-Abendaren Eserkia”.

Once back in the chamber, the Lehendakari spoke from the speaker’s podium of the Assembly House, where he gave his inaugural speech. Urkullu stressed that he would act with “loyalty to the Crown and respect of the Constitution, of the Gernika Statute of Autonomy and other legislation in force”. After he had taken office, everybody stood up and listened to the Agur Jaunak. Outside, and with the makila (Basque walking stick and symbol of authority) in his hand, it was time for the official photos.  The Lehendakari, speaker of the Basque Parliament and the Speaker of the Bizkaia General Assemblies then signed the Guest Book.

The acting Basque Government, Lehendakaris Carlos Garaikoetxea, José Antonio Ardanza and Patxi López, were at the oath taking and inauguration, along with the leading representatives of Basque institutions, Eudel, Ardanza, political parties, social partners and of the judiciary.  The Premier of Navarra, Uxue Barkos, the Premier of the Catalan Autonomous Government, Joan Puigdemont, the Premier of the Canary Islands, Fernando Clavijo, and the Deputy Premier of the Spanish Government, Soraya Sáenz de Santamaría, were also present.

TEXT OF THE OATH