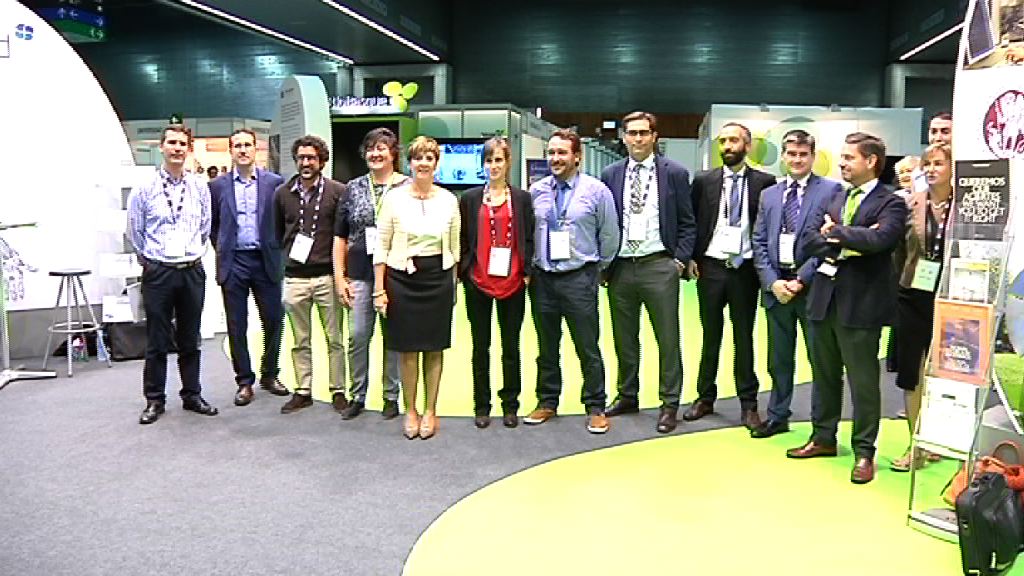 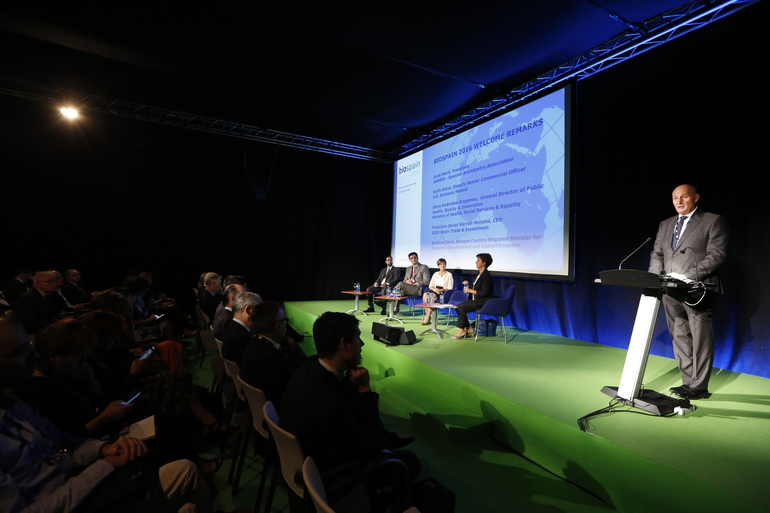 The Basque Government’s Minister for Economic Development and Competitiveness, Arantxa Tapia, today spoke during the opening of Biospain 2016 – International Meeting on Biotechnology at the BEC from 28 to 30 September. The Minister stressed the strength of the Basque Country in the field of innovation and went on to recall the huge opportunity that the bioscience sector offers for the diversification and consolidation of companies.

The event, organised jointly with the Spanish Bioindustry Association (Asebio) and the Basque Business Development Agency (Spri), expects attendance to total 1,800 delegates from 17 countries with the United States as the special guest country. The congress will have information sessions, along with an exhibition area where the Biobasque Pavilion will be located. The Asebio Chairman, Jordi Martí, the Commercial Attaché of the US Embassy to Spain, Keith Silver, the CEO of the Spanish Institute for Foreign Trade, and the Secretary General for Health, José Javier Castrodeza, also spoke during the opening session.

The Minister stressed that the bioscience sector has proven to be a “successful bet", capable of providing value and generate wealth in the Basque Country, which is “recognised internationally as a bioregion” thanks to its strategic commitment resulting in a science-technology network with high-end capacities to support the diversification of the economy. Proof of this strategic commitment is that this sector is included among the proprieties of the RIS 3 Smart Specialisation Strategy.

She also pointed out that the Basque Country is a region that is strong in innovation, as has been recognised by Europe. Specifically, 80 entities operate and 1,184 people work full time in the bioscience sector.  That accounts for 6.4% of the people working in R&D in the Basque Country and where there is also a strong presence of women.

In this regard, Tapia reiterated the Basque Government’s commitment, in collaboration with private initiative, to continue support R&D, by driving initiatives that increase science-technology capacities, attracting talent and the specialist training of young people.