The Lehendakari inaugurates the I National Entrepreneurial Forum 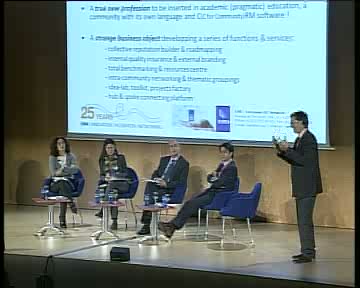 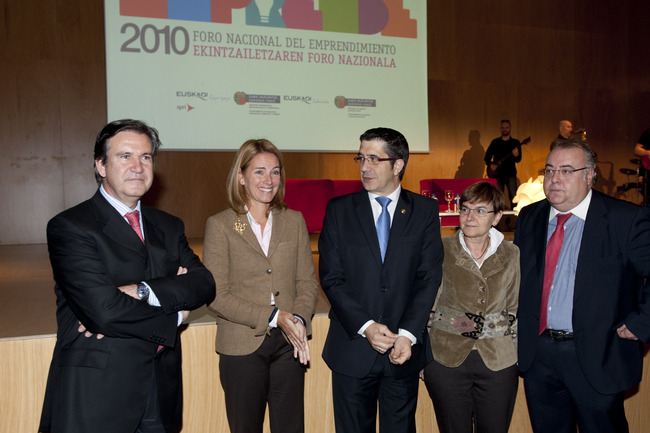 The Basque Government will invest 9.2 million euros in entrepreneurial aid and programs

The Lehendakari has called for "social change" with regards to entrepreneurship in order to "introduce an entrepreneurial culture from school all the way to the university." The Basque Government has created the first Interdepartmental Commission and is working to draw up a Law on Entrepreneurism to "provide support and stimulate the initiative of entrepreneurs and small enterprises, which are of vital importance in these times crisis."

The Lehendakari, Patxi López, has called for "social change" with regards to entrepreneurship in order to "introduce an entrepreneurial culture." The Lehendakari spoke these words at the inauguration of the I National Entrepreneurial Forum, Emprende 2010, organised by the Basque Government and set to run today and tomorrow in the BEC. The event will include the participation of more than 300 agents and speakers.

During his address, the Lehendakari defended the need to "internationalise entrepreneurism from the ground up and make a commitment to innovative and quality entrepreneurism." To this end, the Basque Government has invested 8.9 million euros in programs and direct aid for entrepreneurial activities, a budget that will be increased to 9.2 million euros next year.

"The crisis has imposed the obligation to innovate upon us, to search for new business formulae and consider hitherto unexplored markets," the Lehendakari affirmed, adding that Basque society must "foster a culture of entrepreneurism that will enable us to lay the foundations of a competitive country that generates wealth."

During the Emprende 2010 inaugural act, the Lehendakari, Patxi López, called for "efforts to professionalise and optimise resources amidst the confused and tangled web of agencies and organisations to avoid unnecessary overlaps and duplications." To this end, the Basque Government has created the first Interdepartmental Commission with the objective of unifying criteria and improving efficiency levels.

In addition, the Basque Government is working with the People's Party [Partido Popular] in order to draw up a Law on Entrepreneurism to "provide support and stimulate the initiative of entrepreneurs and small enterprises, which are of vital importance in these times crisis," he concluded.

The inaugural act of the I National Entrepreneurial Forum was also attended by the Basque Minister for Industry, Innovation, Trade and Tourism, Bernabé Unda, the Basque Minister for Employment and Social Affairs, Gemma Zabaleta, the director of SPRI, Tomás Orbea, the President of the Basque Parliament, Arantza Quiroga and the Mayor of Barakaldo, Tontxu Rodríguez.

Emprende 2010 hopes to provide a meeting point for entrepreneurism and become areference point and model for the promotion of entrepreneurial activity. The objective is to provide the more than 13,000 entrepreneurs that set up each year with the necessary collaboration.