Declaration by the youths participating in the ENCORE Environmental Conference of European Regions, Carinthia, Austria 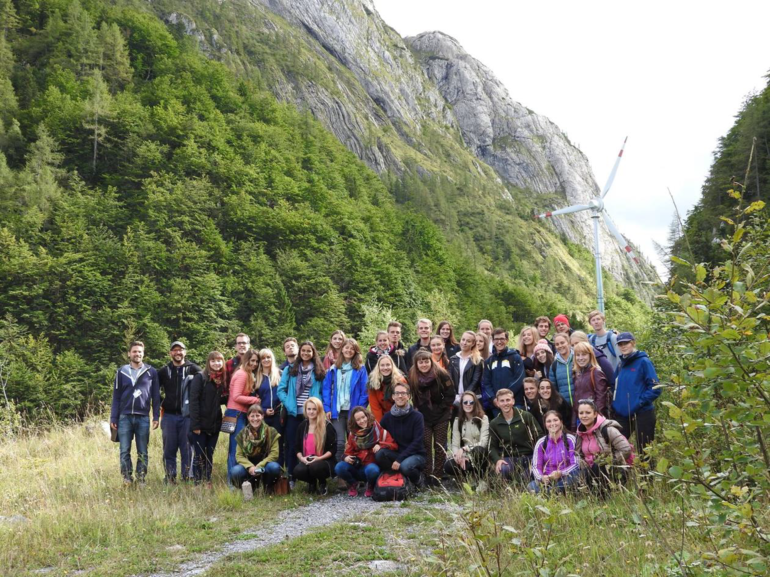 The boys and girls who, coming from different European countries and regions, including three Basques, participated in YouthCore 2016 as part of the ENCORE Environmental Conference of European Regions, issued an official declaration delivered to ministers participating in the conference in Carinthia throughout this week. In it they describe several ideas and thoughts in regard to reduced emissions, transport, energy and education for fighting climate change and correctly preserving nature.

“Implementing all ideas for preserving nature is not an easy task and may seem impossible at first sight. Thus it is of utmost importance to clearly state what is an achievable goal” they said in their conclusions.

In the text delivered to the European regional ministers the youths present at the Austrian ENCORE conference consider that “as long as we all work together, we have the power to change the world. International collaboration and research are the fundamental basis for improving the current situation. The acquired knowledge ought to be spread widely, ignoring borders and conflicts between nations.”

“Ruining our environment comes with a toll we might not be able to pay. Remember that we have the possibility to turn the tide. We still have the chance to team up with nature and to convert empty words into mighty action. Let us proceed together towards a green and sustainable future. A small change in each of our lives will achieve a giant difference for our planet” the young Europeans recommended in their declaration.