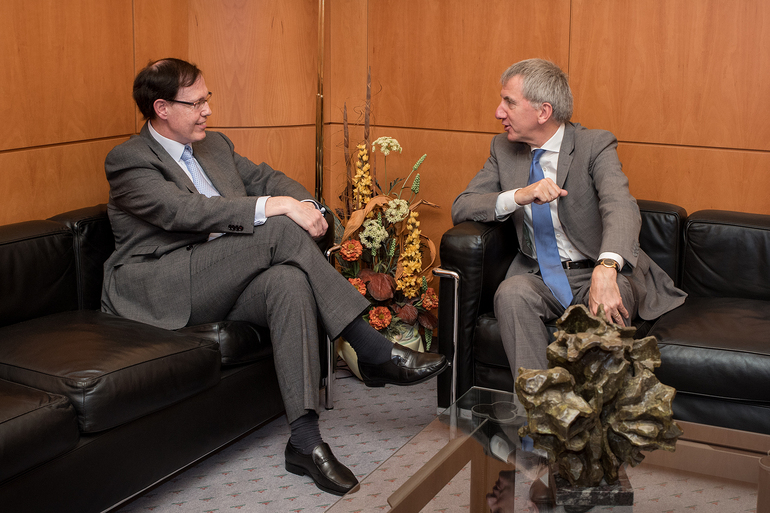 The Basque Government’s Treasury and Finance Minister, Ricardo Gatzagaetxebarria, today met with Northern Ireland's Minister of Finance, Mr. Máirtin Ó Muilleoir, who is currently visiting the Basque Country. The meeting was held at the seat of the Basque Government in Vitoria-Gasteiz this morning.

During the meeting, the ministers discussed areas of interest for both parties, such as matters relating to the financial situation of the Basque Government and the Northern Ireland Executive, the tax status of both Governments in the framework of European regulation, along with the impact for both territories of the United Kingdom’s referendum on the European Union.

Minister Gatzagaetxebarria also outlined the characteristics of the specific financial and tax system of the Economic Agreement, which regulates the relations between the Basque Country and the Spanish State in those areas.