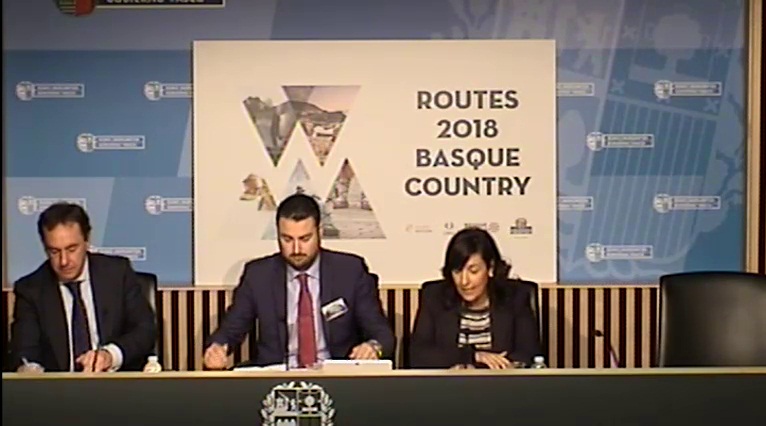 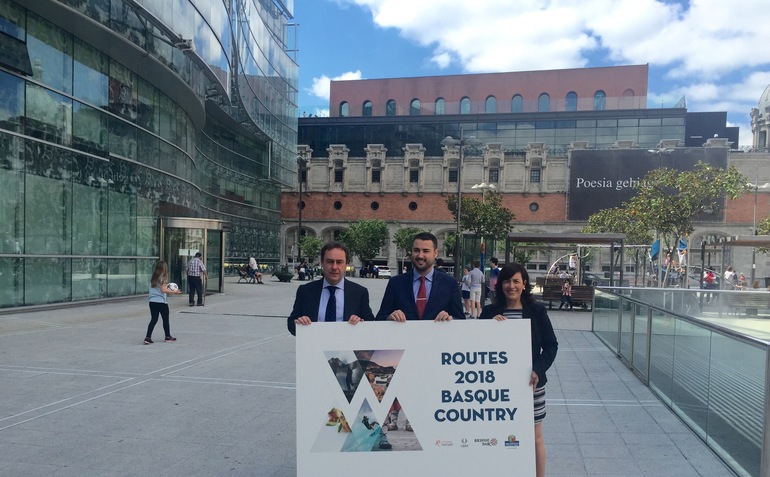 The Basque Country will be the official venue for Routes Europe 2018, the continent's most important air connectivity forum. The decision was taken after analysing the bid submitted by the Basque Government-Basquetour in October, and following an inspection visit to familiarise themselves with the hotels, amenities, tourist resources and the destination in general.

This important event will be held in Bilbao, as it meets the requirements set by “Routes”, as it has an international airport and a facility such as the BEC, which is unique of its kind.  Basquetour – the Basque Tourism Agency has headed the bid to  be awarded this event and will be tasked with its management, along with searching for co-organizers.

If we consider the figures for the “Routes Europe” held in Krakow (Poland) this year, Basque Country Routes 2018 will attract over 1,200 professionals from the sector: 110 airlines, 300 airports, tourism and transport authorities, with top-notch speakers.

Basque Country Routes 2018 will help to position the Basque Country internationally and will provide economic benefits to our destination.  It is a double opportunity for our Country, as Deputy Ministers Itziar Epalza and Toño Aiz explained during today’s presentation.

The Deputy Minister for Trade and Tourism at the Basque Government, Epalza,  stressed the opportunity to showcase what we have to offer to the world: “The Basque Government has been working on improving connectivity with markets of interest in recent years. The Basque Country has successfully consolidated vital connections for the competitiveness of our destination, thanks to interinstitutional cooperation: London, Amsterdam, Zurich, Prague, Barcelona, Norway, Frankfurt or Munich are important achievements of this action”.

The Deputy Minister for Transport, Aiz, then stressed the importance of being able to offer “the people who design and manage world air activity, the potential of the airports of the Basque Country and their strategic situation in south-western Europe with the added value of a comprehensive and efficient intermodal system, thanks to our ports, roads, railway network, logistic platforms and a wealth of well-prepared and professional human resources”.

The Basque Government has developed the Basque airport management model to implement a Basque airport policy in the Autonomous Community of the Basque Country based on complementarity and the “One Airport, Three Terminals” principle.

Based on the existing airport management models, our plan for the airport system of the Autonomous Community of the Basque Country includes the three airports of Hondarribia/Donostia-San Sebastián, Loiu/Bilbao and Foronda/Vitoria.

Aiz stressed how the ownership, operating, development and tariff system was taken into account when developing this plan.

The delegates will see and learn about our infrastructures, air traffic and their commercial sanctities, along with the intermodality with the other sea, road and rail systems.  We will discuss the opportunities associated to the model that we have defined to connect the transport infrastructures.

The Basque Country has to build on the meaning of Routes and turn this opportunity into a further step for its development.

Neil Mulligan, the “Routes” representative, explained that "Bilbao and the Basque Country are comparatively new tourist destinations which offer rich cultural experiences. Our delegates are always looking for new markets to explore so they will be excited by this announcement - Bilbao is a fantastic city to host Routes Europe”.