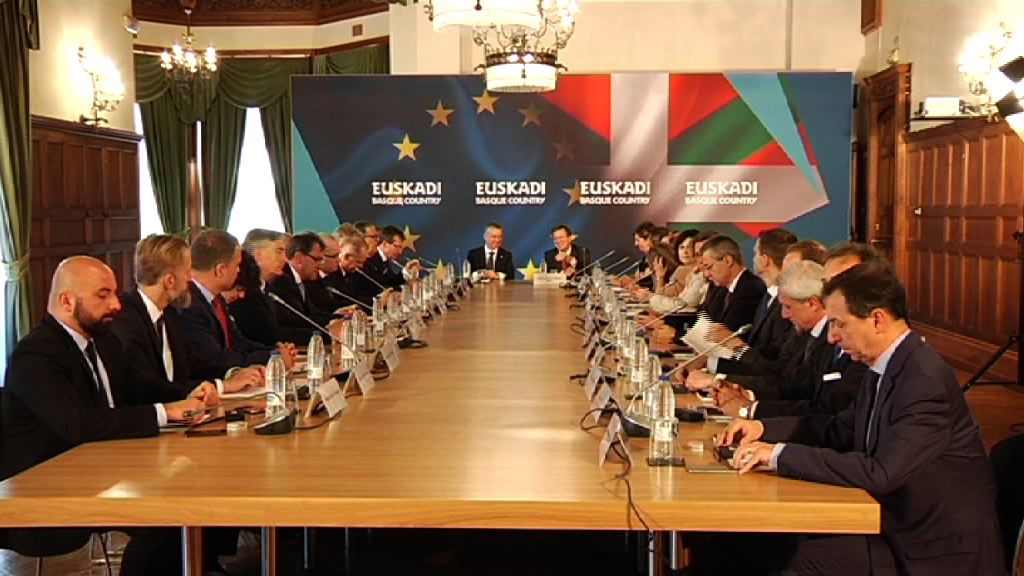 Embed video
Download mp4 video set (zip)
The Lehendakari believes a “new political impetus to be necessary in order to move towards the “social Europe” which inspired its founders Source: Irekia 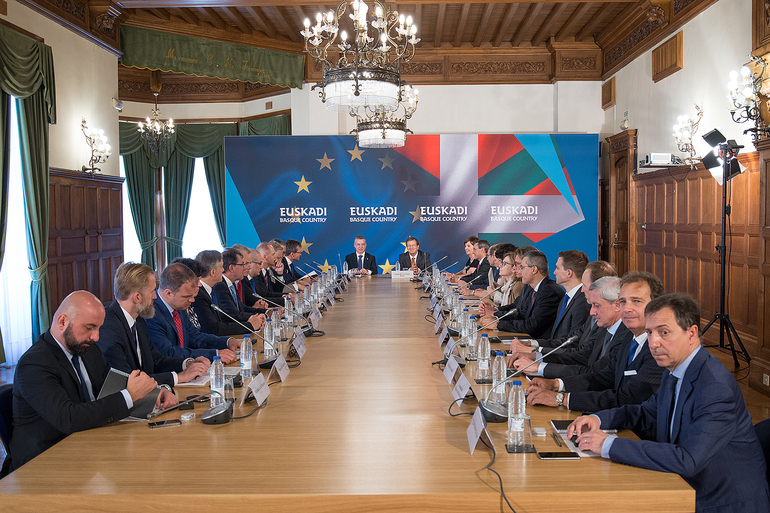 Lehendakari Iñigo Urkullu, the Basque Premier, believes a "new political impetus" and a "shift" in the current policies of the European Union in order to move towards the "Social Europe" which inspired its founders. He stressed this today during a reception for the diplomatic corps of the Member States of the European Union to Madrid, which was held at the Miramar Palace in Donostia-San Sebastián.

Representatives from 20 European countries led by the Ambassador of the Netherlands,  Matthijs van Bonzel, in the framework of the  rotating presidency of his country of the European Union, attended the event. The Lehendakari was accompanied by the Basque Government Ministers, along with the General Secretary of External Action, Marian Elorza, and the European Affairs Director, Mikel Anton.

The Lehendakari did not hide his concern about the "long and sustained decline" that the European Union is facing, particularly in the last year, when in addition to the Eurozone crisis, there is the “bleakness” of the situation of the refugees. Therefore, in the opinion of the Lehendakari, the EU needs “a new political impetus” to relaunch its leadership and to be able to move towards a Europe “focused on people, with a soul, and integrated and united in diversity", in short, the “Social Europe” that inspired its founding fathers. “I am  not going to deny that we would like a shift in some of the current policies of the European Union”, he added.

The Lehendakari also expressed his concern about youth unemployment, whose solution does not only lie in the economic growth that has begun to be noted, as he pointed out.  Urkullu was also critical of the austerity policies forged by the European Central Bank.

The instability affecting Europe was not the only aspect that the Lehendakari covered in his speech,  but he also considered the situation in the Spanish State with a “territorial, institutional and political crisis” which is being aggravated due to the “inability” of the political parties to reach agreements. In this regards, he believes a “far-reaching overhaul of the State” is needed, a new political pact of coexistence in the framework of a multi-national State.

It was the third working meeting that the Lehendakari of this European diplomatic group: the first was in January 2013 and the second in June 2014, both in Madrid.