The Lehendakari affirms that, compared to others, his Government “has done more with less” 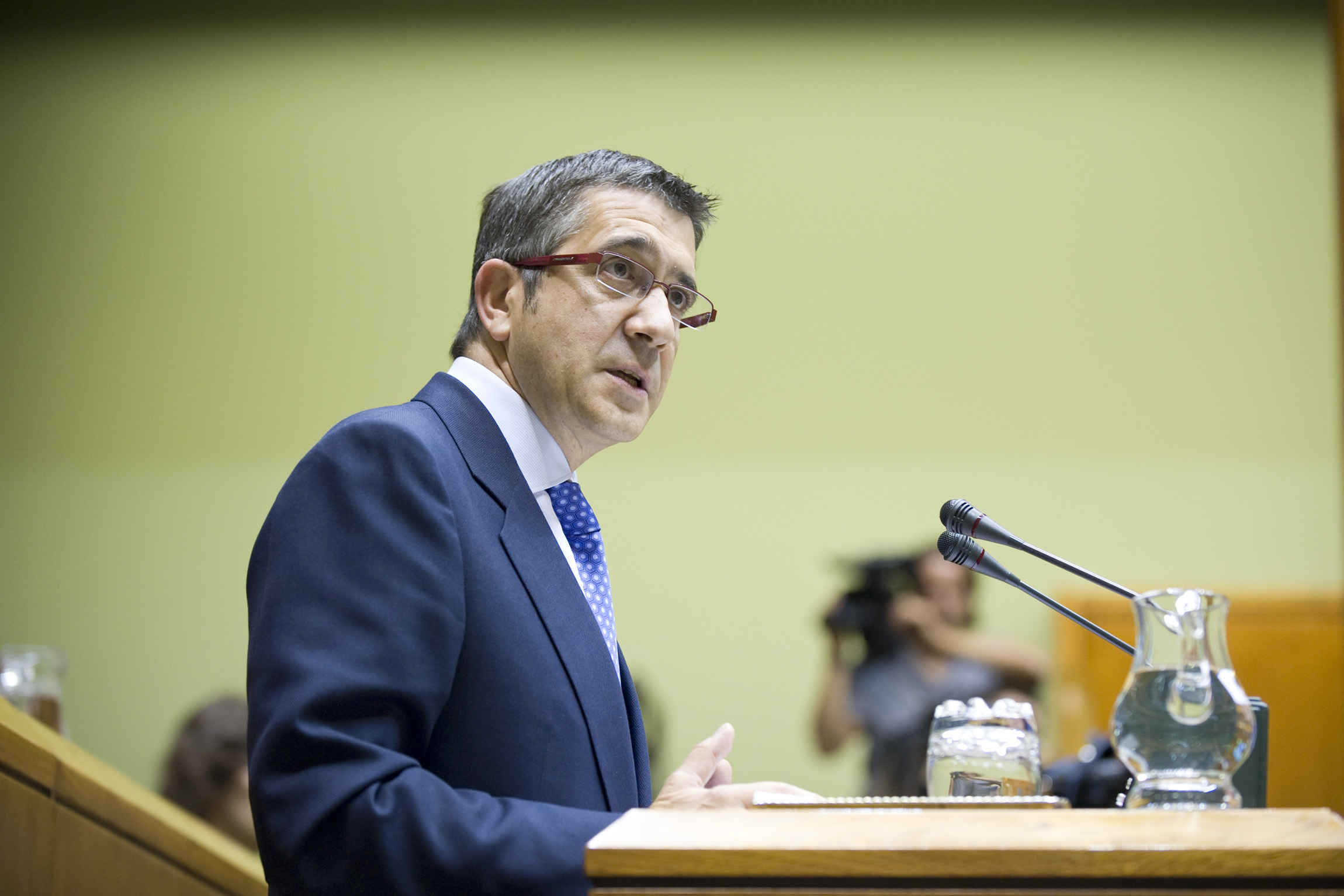 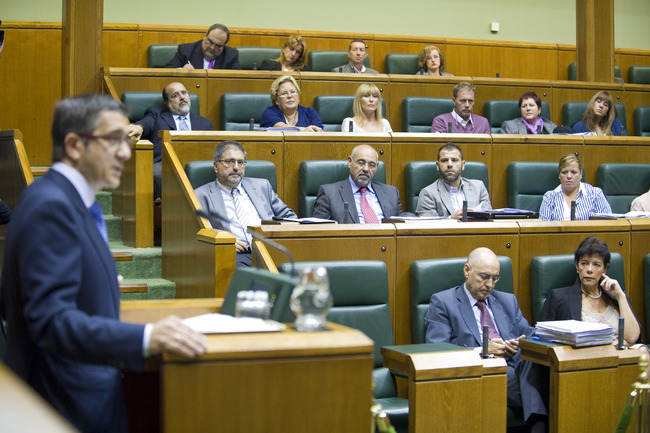 This morning, at 10:00 (the session began half an hour late due to problems with the PA system), the Lehendakari, Patxi López opened the first General Debate of this session with a speech wherein he analysed the current political, economic and social situation of the Basque people. During his address, the Lehendakari affirmed that the Basque Country "is on the verge of achieving definitive peace and the cessation of violence" and therefore called on the parliamentary political parties and wider Basque society to make "a final effort" to remain united and steadfast and "not fall into the trap" set by ETA in their latest communiqués. The extremely weakened state of the terrorist group is the result of the posture maintained by the Lehendakari's Executive, "upholding an explicit position and firm and unwavering leadership to bring an end to ETA". "This is what the Basque society demanded and, now, the vast majority of the Basques support the Government's anti-terrorism policy," he added.

In a speech that lasted just over an hour and a half, the Lehendakari enumerated the main actions undertaken by his Government over the course of his 16 months at the head of the Lehendakaritza, drawing particular attention to the measures implemented to combat the economic crisis that are facilitating the Basque Country's "emergence from the crisis". To this end, the Lehendakari announced that the upcoming 2011 Budgets for the Autonomous Region of the Basque Country will evidence a reduction of 20% in current expenditure in public sector companies, producing "welcome savings". "We will only assign to current expenditure those resources obtained via ordinary income, making efforts to clean up public accounts," he added.

Furthermore, Mr López announced that he will address the Cabinet with "a package of measures specifically designed to ensure productive investment, particularly within the energy sector, energy infrastructures, the productive economy and the promotion of research and innovation," subsequent to his meeting with the Basque Council for Finances, which will result in the availability "in the near future" of extraordinary resources resulting from the sale of Naturgas.

In the first section of his address, the Lehendakari referred to the agreement reached yesterday between the central Government and the Basque Nationalist Party (PNV) in relation to the transfer of active policies for employment. López expressed his satisfaction with this agreement, which he has evaluated "positively" and "welcomed" the PNV's return to "the defence of the Statute." "This is good news for everybody. And I say this from the bottom of my heart, because, if most of us act within the Statute and towards its development, we will encounter one another and reach agreements. Where we will fail to reach consensus is in partisan proposals and frameworks that simple divide us," he underlined. The Lehendakari has announced that he will call a meeting of the mixed committee for transfers as soon as possible.