Iñigo Urkullu: "The 8th European Conference on Sustainable Cities and Towns and the "Basque Declaration" are a point of reference for European sustainable development policies" 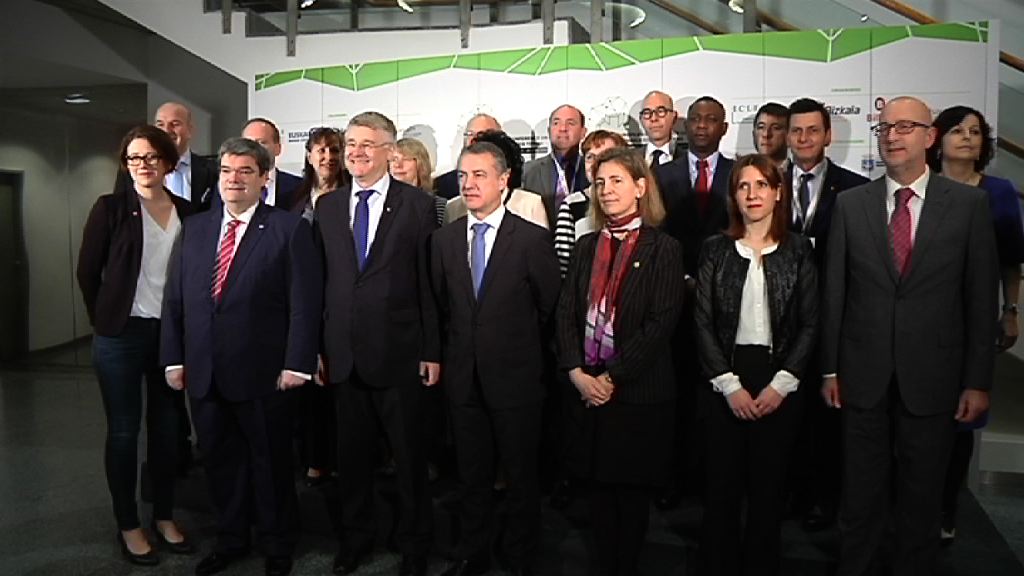 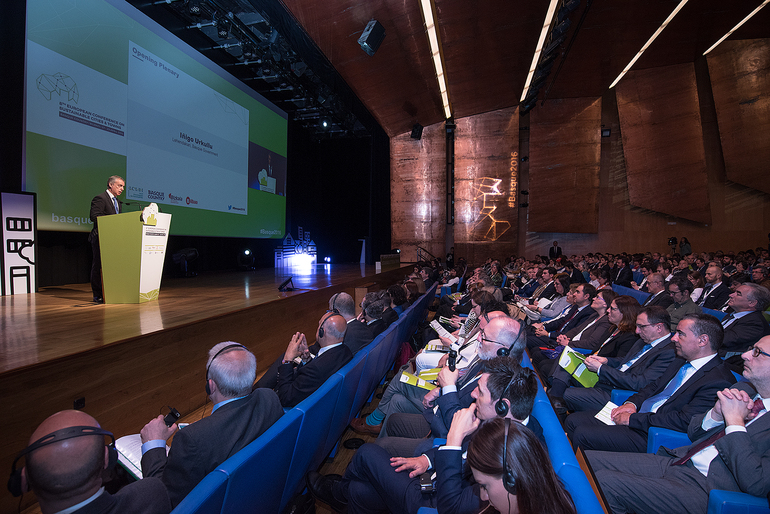 Lehendakari Iñigo Urkullu highlighted "that the "Basque Declaration" is a point of reference for European sustainable development policies." The president of Euskadi presided over the opening act at the Euskalduna Palace in Bilbao for the "8th European Conference on Sustainable Cities and Towns," being held in different areas of the Autonomous Community at this time.

At a meeting with around 800 municipal and regional representatives from the European Union, Iñigo Urkullu was accompanied by Juan María Aburto, mayor of Bilbao, Åsa Karlsson Björkmarker, deputy mayor of Växjö, Sweden, Wolfgang Teubner, Regional Director in Europe for ICLEI, Elena Unzueta, Regional Representative of Sustainability and the Environment for Biscay, Ana Oregi, Minister of the Environment and Territorial Policy, Markku Markkula, President of the European Committee of Regions and Sally Kneeshaw, Conference moderator.

The Lehendakari thanked ICLEI-International Network of Local Governments for Sustainability, with over 1,000 associated municipalities- "for selecting Euskadi as the stage for this European Conference, which poses an opportunity to strengthen our engagement with a more sustainable future."

Iñigo Urkullu considers that "selecting Euskadi as the stage for the Conference implies international recognition for the work we carry out to make our towns and cities more sustainable. Over the course of the next three days, you will be able to discover our Country as a model for environmental, economic and social transformation."

Iñigo Urkullu reminded that the Basque Government taken ownership in the "United Nations Agreement in its 2030 Sustainable Development Agenda: People, Peace, Prosperity, Partnership and Planet; the European Union's Seventh Environmental Action Programme and conclusions from the World Climate Summit in Paris. All of this falls within the Basque Country's Environmental Framework Programme 2020, the Basque Climate Change Strategy 2050 and the Green Public Hiring and Purchase Programme."

Speaking to members of the Sustainable Cities Network, the Lehendakari highlighted "municipal management of sustainability through the Basque Network, made up of more than 200 municipalities, Udalsarea 21, which has allowed us to predict, design and activate public policies to meet the challenges faced by our cities today."

"Improving the environment and alignment with current European and international strategies has an effect on well-being, job creation, developing a low-carbon economy and valuing mid-term benefits of the transformation we are undertaking," he stated.

Wolfgang Teubner, Regional Director in Europe for ICLEI - Local Governments for Sustainability, stated that "local and regional governments are considered key players in solving regional and global challenges in many places around the globe. Thanks to the Sustainable Development Goals (SDG) and the Climate Agreement in Paris, this past year two important agreements were reached in terms of sustainable development, and now is when they must take shape and become evident at all levels of governance."

During the Conference introduction, Teubner considered that "in a highly urbanised world, cities play a fundamental role in this transformation, and these very same cities will have to take action to create real change. We are facing these challenges at a time when the economic and financial crisis is still holding Europe in a vice grip."

For the manager of Iclei, "society is driving us to find a response to a mass migration movement sparked by today's conflicts and broad economic and social problems. High unemployment rates, along with a lack of social balance in many European countries, drives up debts and deepens negative feelings toward the European Union, even leading to questioning the fundamental values of our free and open democracy. This conference will analyse how we can combine social transformation with the rebirth of an engaged society, forming the foundation of a democratic, living Europe."