Iberdrola, main sponsor of the 8th European Conference on Sustainable Cities and Towns 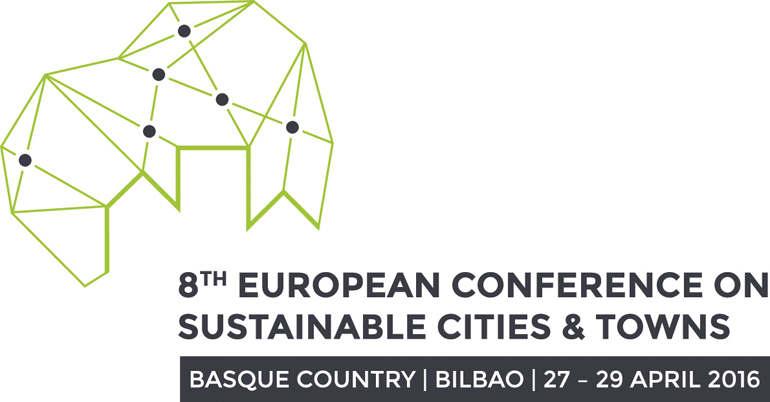 Iberdrola will be the main sponsor of the 8th European Conference on Sustainable Cities and Towns, to be held in the Basque Country from 27 to 29 April. The inclusion of Iberdrola within the network of sponsors is a further boost to the commitment of the conference organisers to bring together major public and private sector players in the flagship event to be held in Europe on local sustainability. Tecuni, FCC and Euskaltel have also joined the network of sponsors.

The presence of Iberdrola as the main sponsor of the conference is a decisive step towards the creation of an effective public-private support ecosystem for this event. The inclusion of this electric utility highlights the conference organisers’ commitment and opens up the event to all sectors of society, giving priority to the active participation of those players who have clearly and purposefully shown their desire to take an active role in the transformation of urban life towards a new and more sustainable model.

In line with the overall objective, Iberdrola will take an active role in the conference. The collaboration agreement includes laying on a fleet of electric vehicles for conference attendees and giving away 20,000 metro tickets to the general public as an initiative promoting sustainable mobility while the conference is being held. The Iberdrola Tower will also be the venue for a working meeting of the leading mayors attending the conference.

Iberdrola’s production balance for January-March 2016 is a reflection of their commitment to clean energy, an area in which the utility has become a benchmark, with a total of 25,888 megawatts (MW) installed throughout the world. This figure only includes the renewable (mainly wind) and hydropower of the company: other low-carbon technologies such as cogeneration and gas combined cycle also feature prominently in the total installed capacity of Iberdrola, some 46,696 MW at the close of the first quarter of 2016.

This policy of sustainability has enabled the company to achieve a global figure of emission-free installed capacity of 63% (73% in Spain), with CO2 emission rates standing at 30% below the average of the electricity sector in Europe.

Euskaltel will also form part of the network of conference sponsors through their sponsorship of the “Young Ambassadors” programme. This initiative, taken forward under an agreement signed with the Fundación Novia Salcedo, will enable some 30 young people who have completed their studies to be involved in different aspects of the conference such as communication, coordination and service staff.

As well as contributing to the employability of these 30 young people, the objective of the programme is for them to act as conference ambassadors among the general public and as ambassadors of the Basque Country amongst those attending the conference. These “young ambassadors” will wear a distinctive uniform to ensure they are easily identifiable for conference attendees and to raise public awareness of the event throughout the city.

In addition to Iberdrola and Euskaltel, the network of sponsors has been further enlarged by the inclusion of two other companies, Tecuni y FCC. These four companies join Irizar, Tecnalia, EVE, SPRI and EuskoTren in the group of official sponsors. As is the case with the other companies, these two newcomers to the network will also take an active role in conference pre-events and parallel activities.

The two new conference sponsors also have wide-ranging experience in initiatives linked to sustainable development and urban management. Amongst other activities, Tecuni performs buildings maintenance and manages public lighting networks with a view to reducing and preventing the environmental impact of its projects. FCC is responsible for the management of urban waste, street cleaning and the maintenance of green areas and parks in many cities and towns. The company’s social responsibility policy is focused on priority being given to reuse, recycling and recovery in waste management decisions as opposed to landfilling.

For the conference organisers, the involvement of this network of sponsors is a gateway to engaging both public and private players in an event designed to strengthen relations amongst them with a view to delivering a new model of urban development. Representatives and local leaders from cities such as Paris, Aalborg, Bilbao, Copenhagen, Barcelona, Helsinki, Ljubljana, San Sebastián, Münster, Växjö, Vitoria-Gasteiz, Brussels, Tirana, Thessaloniki, Grand-Synthe and Bologna have all confirmed their attendance to discuss issues such as local governance, urban potential, the productive city and the new Urban Agenda for Europe.

For further information and full details of the event, go to www.basquecountry2016.eu or use the official Twitter account @sustain_cities with hashtag #Basque2016.