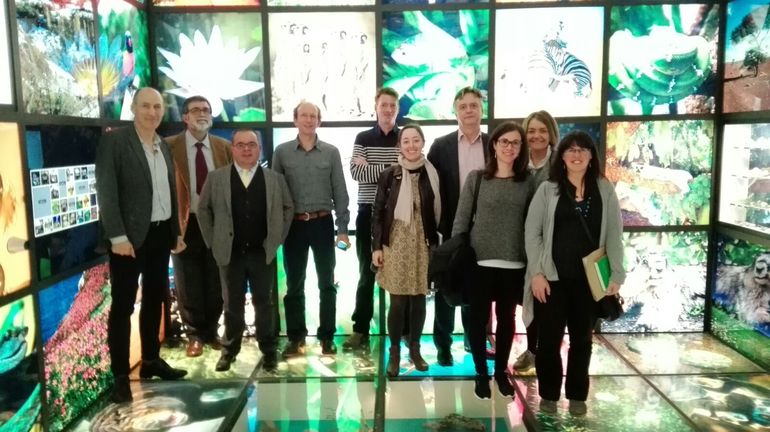 Euskadi and Flanders share their strategy on biodiversity and Natura 2000 Network, under the auspices of the visit made by a delegation from the Belgian region to the Basque Country.  The meeting addresses the challenges posed by biodiversity in both regions. These challenges require international cooperation. "At the Basque Government, we believe that by working in close cooperation with other European governments such as Flanders, Wales, Bavaria or Rhone Alpes, we can act as a point of reference for political commitments that must be made. We are willing to contribute to this important task in order to leave the world a better place for future generations," stated Ana Oregi, Minister of the Environment and Territorial Policy with the Basque Government.

Included amongst the activities in the Flanders-Euskadi agreement, the Basque Government has shown representatives from the Flanders Government the biodiversity strategy followed in Euskadi, where the Natura 2000 Network is the main instrument to halt the loss of biodiversity in our country.

Euskadi contributes 60 spaces to this European network, covering 1,500 square kilometres - 0.22% of the European total-. The Basque community exceeds the European average in allocating Natura 2000 Network spaces, since more than 20.5% of the territory is included under this figure of European protection, while the community average is 18%. The percentage of protected spaces would go up to 23% of the territory if we included other protected figures such as the Deba-Zumaia and Meatzaldea biotopes, and the Urdaibai Biosphere Reserve.

The Natura 2000 Network was highly important in policies to declare protected spaces in Euskadi. When the Nature Conservation Act came into force in the Basque Country, establishing a legal system to conserve nature and its resources from different sources of degradation, 10% of our territory's surface area was protected. Today, in collaboration with Europe in conversing biodiversity and through the Natura 2000 Network, the protected surface area is 20.5% of all our territory.

Besides sharing experience in managing the Natura 2000 Network in Euskadi, the Flanders delegation, guided by Alexander Boto, Director of the Natural Environment and Environmental Planning for the Basque Government, visited the Euskadi-Torre Madariaga Biodiversity Centre, which, along with Ihobe headquarters, was the site where these meetings were held.