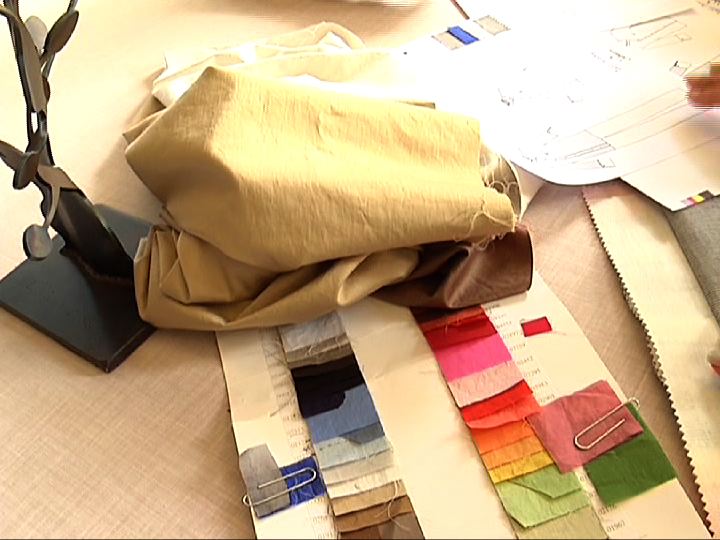 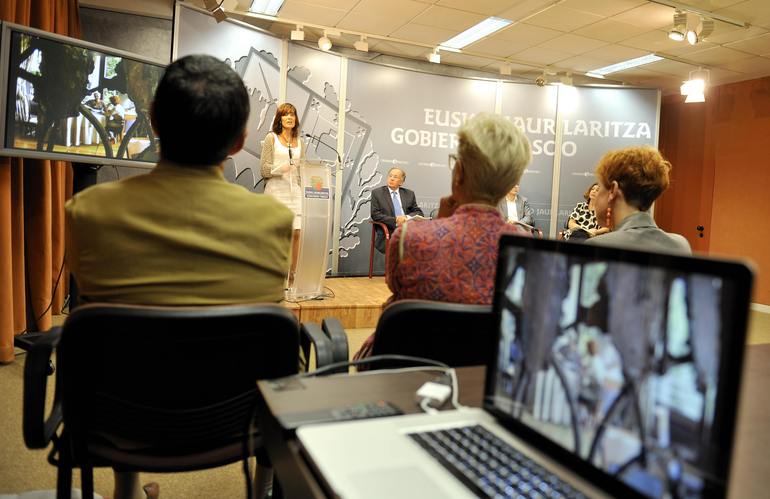 Juan Mari Arzak, Martín Berasategui, Pedro Subijana, Andoni Luis Aduriz and Eneko Atxa Azurmendi will prepare their best dishes attired in the designs provided by Alicia Rueda, Ion Fiz, Jota+Ge, Mercedes de Miguel and Ian Mosh. This fusion of fashion and gastronomy is set to take place in Shanghai during the Gastronomy Sessions in the Gran Hotel Meliá that form a part of the Basque Week within the 2010 Expo in the Chinese city. This event has provided an "opportunity" to raise awareness of the values of the Basque Country, such as its "avant-garde perspective, modernity and creativity." The presence of the Lehendakari, Patxi López, on this visit will strengthen the business and commercial mission wherein, between the 27th of September and the 1st of October, efforts will be made to bring the Basque Country closer to the Asian giant.

Basque Week within the International Exposition in Shanghai, organised by the Basque Government and set to take place between the 25th of September and the 1st of October, will be strengthened by the presence of the Lehendakari, Patxi López, the Basque Minister for Industry, Innovation, Trade and Tourism, Bernabé Unda, and the Executive's delegation, sent to China as part of a business and commercial mission, along with 100 representatives from more than 70 Basque companies taking in various sectors. This mission will unite two of the sectors with greatest international presence, fashion and gastronomy, in an event that will inaugurate the Basque Week within the Expo. Five prestigious chefs and five renowned Basque designers will form a creative union to promote the image of the Basque Country as a location that fosters an "avant-garde perspective, modernity and creativity." "The objective is to draw attention to some of the values that best identify the Basque Country, such as its deep-rooted culture, team effort and tenacity", stated the Vice-Minister for Tourism, Pilar Zorrilla, who defined these qualities as "the hallmarks that identify us."

The presentation of Basque Week within the Shanghai Expo included the participation of chefs and designers, who were accompanied by the General Secretary for Overseas Action, Guillermo Echenique, and the Vice-Minister for Trade and Tourism, Pilar Zorrilla. In addition to fashion and gastronomy, these events will also involve the participation of traditional elements, including txalaparta players and dance groups (Ttukunal and Oinkari).

Accompanying the official delegation, headed by the Lehendakari, Patxi López, and the Basque Minister for Industry, Berbabé Unda, more that one hundred representatives from 70 Basque companies with interests in the Asian country will travel to China. As Guillermo Echenique, General Secretary for Overseas Action, explained, in addition to promoting the cultural image of the Basque Country and its image as a tourist destination, the mission hopes "to promote the businesses of Basque companies that have already established themselves in this Asian country" and "open the doorway" to those companies that wish to undertake fresh economic ventures in China.

These companies will be accompanied by the Basque Culinary Center, and, according to its president, Joxe Mari Aizega, the visit provides "a unique framework in which to discover the world of gastronomical trends." "It is a very nice gesture that two professionals whose work entails creativity will appear together within the Basque vision of creativity," Aizega affirmed.

Representing the designers, Mercedes de Miguel drew attention to the fact that the inclusion of her designs represents an attempt to "strengthen the spirit of modernity and globalisation to which the Basque Country is strongly committed", which "will strengthen our presence at global level."

The best summer ever recorded

The Vice-Minister for Tourism, Pilar Zorrilla, stated that the visit could represent "definitive recognition" within the tourism sector if we manage to divert the attention of the Chinese market towards the Basque Country, which this summer registered "the best year ever in terms of Basque tourism." "We have witnessed fourteen years of continual growth," she stated, before going on to highlight that the latest figures released by the Basque Institute for Statistics (Eustat) show that the number of foreign visits has rose above 100,000 for the first time. This represents "a spectacular increase of 19%" in comparison with the previous year, she added.