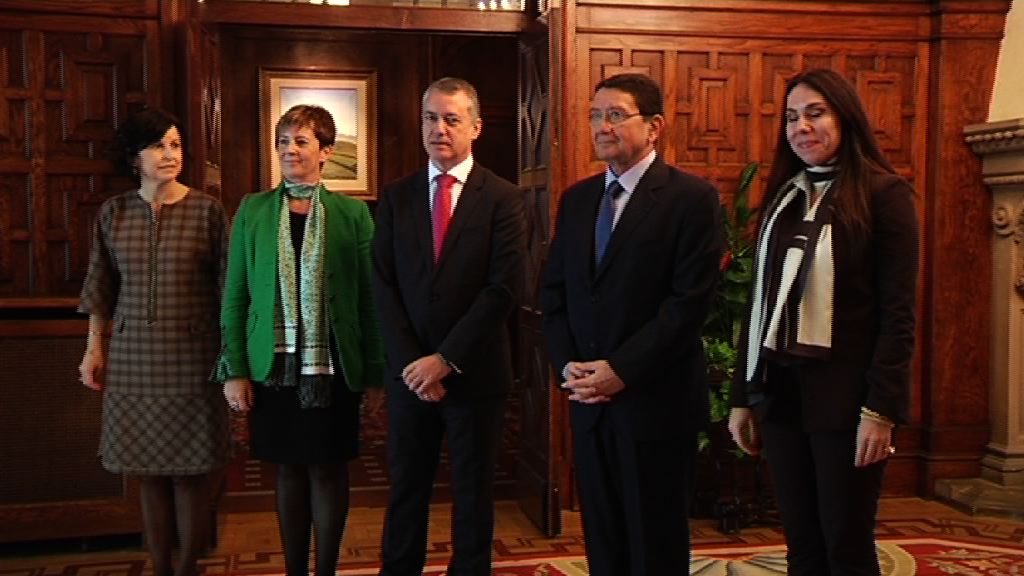 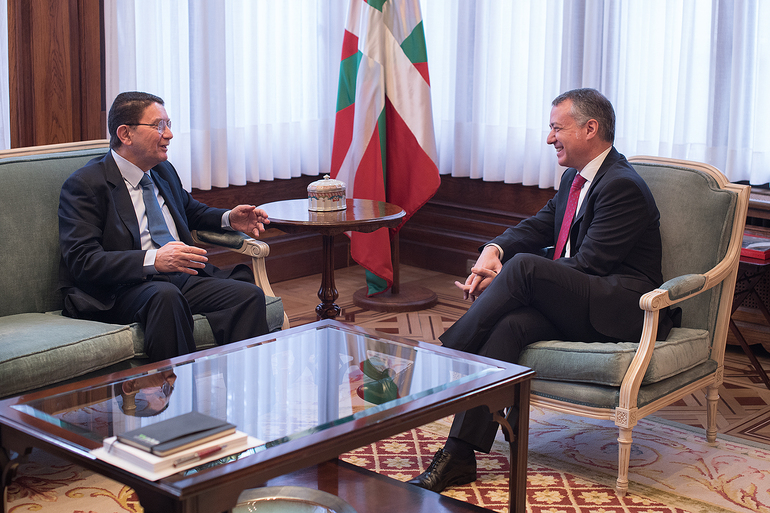 Iñigo Urkullu and Taleb Rifai call for sustainable tourism that contributes to the economic, social and cultural development of peoples

Lehendakari Iñigo Urkullu, the Basque Premier, met this morning with the Secretary General of the World Tourism Organisation-UNWTO, Taleb Rifai, who is currently visiting the Basque Country. Yolanda Perdomo, Director of the UNWTO Affiliate Members Programme, and Arantxa Tapia, the Basque Government’s Minister for Economic Development and Competitiveness, were also present.

The meeting was an opportunity to analyse the partnership framework between the Basque Country and this UN organisation, of which the Basque Tourism Agency-Basquetour is an affiliate member. They also discussed areas of common interest, such as tourism’s contribution to culture and peace – as part of the DSS2016 European Capital of Culture-, the culinary culture of the Basque Country and sustainable tourism.

In the press conference following the meeting, Minister Tapia and the UNWTO Secretary General went over the milestones, including the world summit organised by Basquetour – in conjunction with several international agencies – which was held in November 2015.  The new World Charter for Sustainable Tourism was unveiled during that summit and the charter recognises tourism as the main industry of the world and an essential factor for the economic, social and cultural development of peoples.

The Minister for Economic Development and Competitiveness, Arantxa Tapia, stressed the Basque Government’s commitment to tourism as a “key” sector and which, as she explained, requires “strategy and planning”. Tapia recalled that the Basque Country already has a Strategic Tourism Plan 2020 which is a guide for Basque companies to be more competitive and to position the Euskadi/Basque Country destination. However, according to the Minister, tourism cannot be grown in a haphazard manner and she therefore stressed the Government’s commitment to the UNWTO to drive sustainable tourism.

Importance of tourism in the Basque economy

During her speech, the Minister went into several aspects that show the importance of tourism in the Basque Country.

Schedule of the UNWTO executive