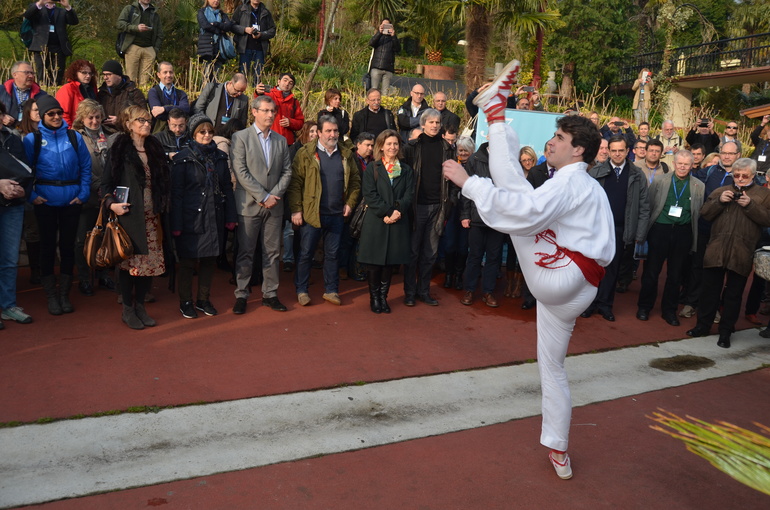 Representatives of the 69 geoparks currently making up the European Geopark Network and of UNESCO will continue their meeting until Saturday at the Basque Coast Geopark, in the municipalities of Zumaia, Deba and Mutriku, in order to participate in the 37th edition of the European Geopark Network Coordination Committee, the first international rendezvous since its designation by UNESCO on November 17th in Paris. The aim of the meeting is to exchange experiences, discuss progress made and coordinate joint initiatives and activities to deal with the new challenges and opportunities arising from the international consideration of the Basque Geopark.

The meeting is organised by the Basque Coast Geopark, with the support of the Provincial Council of Gipuzkoa and the Basque Government and is taking place at the Salegi rooms in Itziar, Deba.

The Basque Government Minister for the Environment and Regional Policy, Ana Oregi, indicated that “in addition to the scientific and cultural references, the Basque Coast Geopark opens yet another window from the Basque Country to the whole world, spreading knowledge of this issue increasingly related to knowledge of the Earth, its past and its future, given that it is a superb indicator of how the Planet is evolving”.

“The Basque Government seeks to consolidate this Basque Coast Geopark as the habitual setting and laboratory for the development of actions and measures related to Geodiversity and Geological Heritage” added Ana Oregi.

The event gathers 140 attendees from different parts of Europe. In addition to the geoparks, the event is also attended by high-ranking representatives of UNESCO, the International Union of Geological Sciences (IUGS) and the International Union for the Conservation of Nature (IUCN). During these days, the Geoparkea will become the epicentre of geoconservation and geotourism in Europe.

The Advisory Committee of the European Geopark Network, made up of 12 members, held its internal meeting yesterday to prepare the questions to be dealt with at the Coordination Committee.