A&B Laboratorios, Energy Revival, Gerdau, Iberdrola, Ingeteam, ITP and Udapa, winners of the European Business Awards for the Environment of the Basque Country 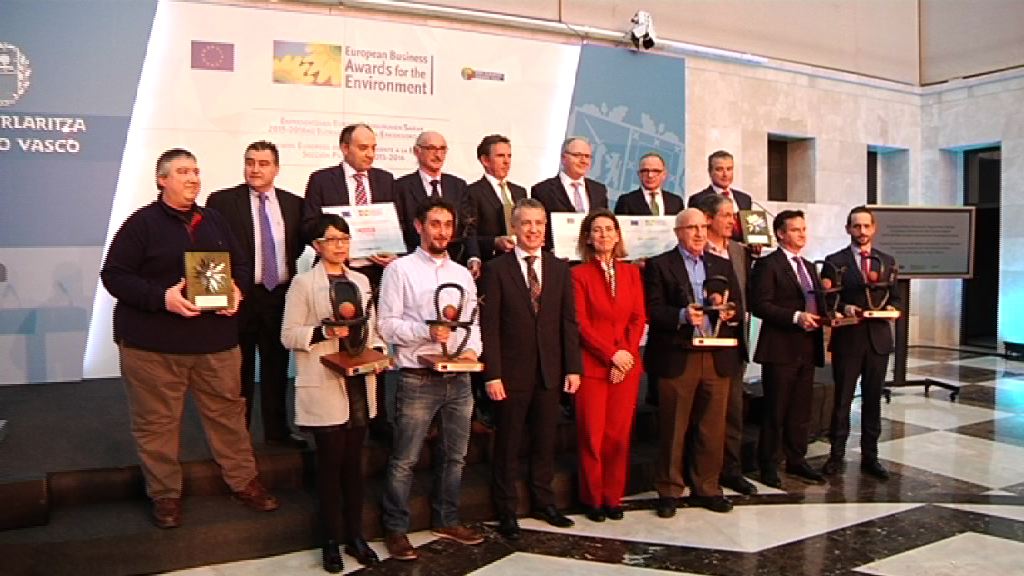 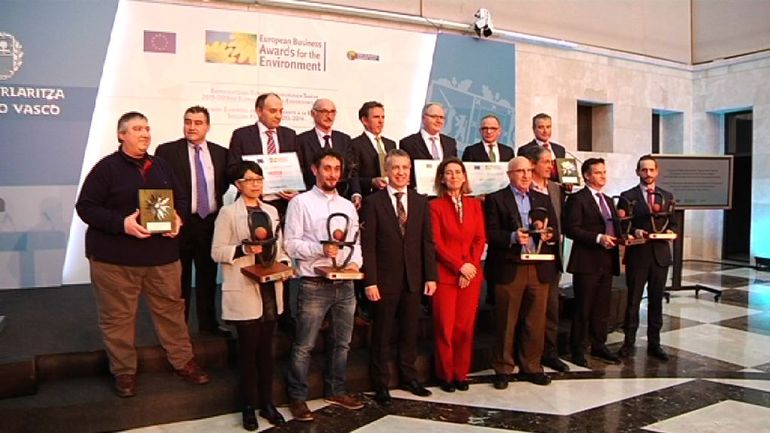 A&B Laboratorios, Energy Revival, Gerdau, Iberdrola, Ingeteam, ITP and Udapa are the winning companies of the European Business Awards for the Environment of the Basque Country 2016 which positions them as “the most cutting edge in terms of the environment” of the Basque Autonomous Community in the areas of management, product, process and cooperation for sustainable development..

Iñigo Urkullu stressed that “climate change, scarcity of resources and waste generation and its subsequent management are going to underpin the new production and economic model around the world. In the European Union, 60% of the total waste that we generate is not recycled or composted or is reused.  We are throwing our wealth away to some extent," pointed out the Lehendakari.

Minister Oregi recalled that “over a hundred companies have competed for these awards in the Basque Country since they were held for the first time in 2002”. “On balance,” explained Ana Oregi, “the Basque candidates have accounted for 20% of the entries in the Spanish State section, and have taken 25% of the main and runner-up awards.

The European Business Awards for the Environment are convened in four categories – management, process innovation, product and services, and international business cooperation -, with special categories for “biodiversity” and “competitiveness and market” which are awarded to the winners.

In the management category, the European Business Award for the Environment went to A&B Laboratorios de Biotecnología and Industria de Turbopropulsores-ITP, for their advanced environmental management systems.

In the product and services category, Energy Revival, a recent start-up that is giving a second life to batteries and thus avoiding their high environmental impact, has won the European Business Award for the Environment, which it shares with Ingeteam, the creator of an energy recovery system in the rail sector that allows  CO2 emissions to be cut.

In the process category, the prize went to Gerdau with a circular economy project that has reduced the use of critical materials such as magnesite.

In turn, Udapa, the company from Álava, was the winner in the international cooperation category thanks to a business cooperation project in Congo based on the principles of “equity, transparency and mutual benefit“.

Furthermore, Iberdrola, Eroski and Irizar were the runners-up in the management, process and product categories, respectively.

There are two special categories, "Biodiversity” and “Competitiveness and Market”, in the 2016 edition of these awards, which have gone to Iberdrola, for its contribution to conservation and to a sustainable use of biodiversity, and to Ingeteam and Energy Revival, respectively.

Twenty-four candidates have taken part in the European Business Awards for the Environment in the Basque Country. All of them will compete again, along with the candidates from the rest of Spain in the state phase of these awards which will be held in June. Finally, the companies that win in Madrid will compete against the ones from the other member states of the European Union in Tallinn, Estonia, in October.

The jury was chaired by Iosu Madariaga, the Basque Government’s Deputy Minister for the Environment and Territorial Policy, and was made up of representatives of the Biodiversity Foundation of the Spanish Ministry of Agriculture, Food and the Environment, ACLIMA-the Environmental Industry's Cluster Association of the Basque Country, Confebask-the Basque employers’ confederation, Degebesa-the Development Agency, Orkestra-the Basque Institute of Competitiveness, SPRI and UNESCO Etxea.