Speeches delivered during the IV Conference on Human Rights 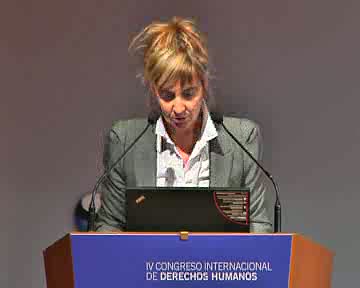 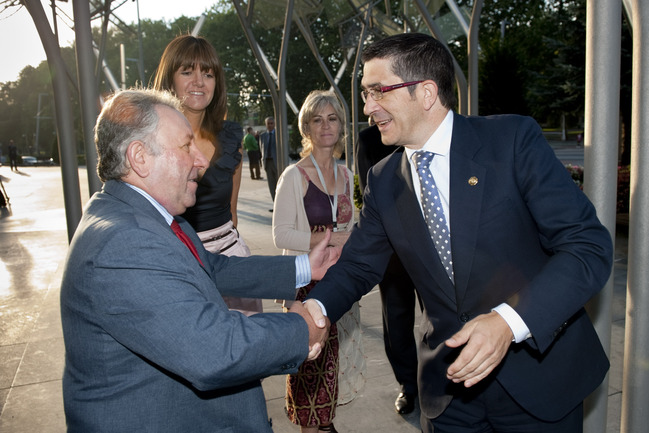 The IV International Conference on Human Rights was held in the Euskalduna Conference Centre in Bilbao.

The topic of today's round table involved the future of the welfare state. The day concluded with a speech by John Roemer and a closing ceremony, entrusted to Basque Minister Idoia Mendia.

The Basque Government's Minister for Justice and Public Administration, Idoia Mendia, was charged with the task of bringing the IV Conference on Human Rights to a close, a conference that has been running for three days in Bilbao's Euskalduna Conference Centre involving debates on social rights and the future of the welfare state.

The Minister affirmed that the Basque Government is very "clear in its commitment to the sustainability of the system". Idoia Mendia believes that "as a society we do not wish to, nor can we, relinquish the progress we have made after so many years of sacrifice, progress that has brought us a more just, equitable and cohesive society".

According to the Minister for Justice and Administration, the global financial crisis should be viewed as "a unique opportunity to attain the sustainability of this society, as marked by the social rights". To this end, she explained, we need to establish a new economic model that is "more sustainable, governed by investment in people, wherein cooperation, multilateralism and social responsibility are once again afforded the protagonism that is their due."

During her speech, Idoia Mendia offered assurances of the Basque Government's commitment to the fight against climate change, the creation of green jobs, the development of new technologies, education and training, the elimination of existing financial inequalities and the effective promotion of equality and social cohesion. These are, she said, "key" elements for the future of the Basque Country.

The Minister also pointed out that "training and activities relating to R&D and innovation are pivotal within the transition towards this new economic model".
The closing ceremony, presided over by the Minister for Justice and Public Administration was preceded by a speech by the Professor of Political Science and Economy from the University of Yale and a round table on the future of the welfare state wherein Ramón Jáuregui, Carlos Trevilla, Mikel Mancisidor and Ángel José Sánchez Navarro participated.