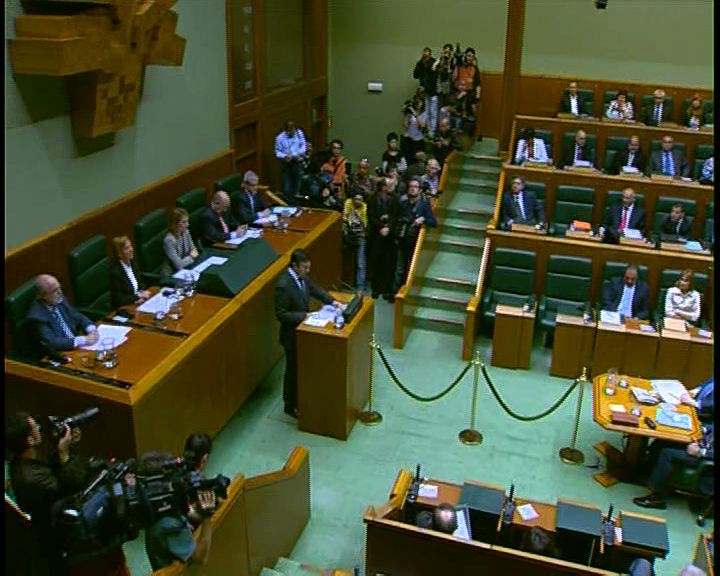 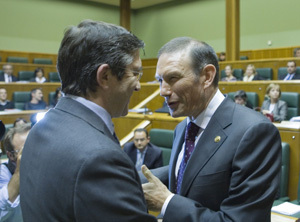 Patxi López was invested Lehendakari (Regional President) thanks to the votes of regional MPs from PSE-EE, PP and UpyD, with 39 seats in all. Rival candidate Juan José Ibarretxe received support from his party EAJ-PNV and from fellow nationalist parties Aralar and Eusko Alkartasuna, totalling 35 seats. As announced, Ezker Batua decided to abstain.

Voting took place at the end of the investiture debate, with regional MPs standing to call out their vote.

Immediately after his election, the new president was congratulated by his predecessor in the post Juan José Ibarretxe, who subsequently announced his retirement from active politics. After Ibarretxe, the rest of the regional MPs queued to offer their congratulations.

López is to take the formal oath and take up his new post on 7 May at the Casa de Juntas (General Assembly) in Guernica, where he also receives the makila staff symbolizing his mandate. Beforehand, the President of the Basque Parliament, Arantza Quiroga, will officially inform HM King Juan Carlos of the new president's appointment.