The Lehendakari in Brussels and expressed his concern to Arias Cañete, the European Commissioner, about the situation of Arcelor Mittal and the steel sector 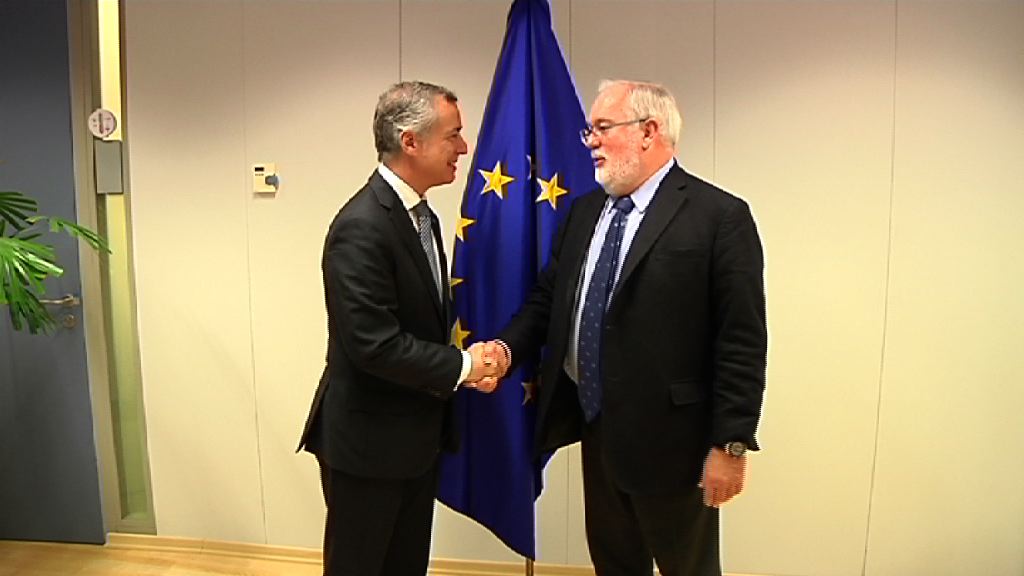 Embed video
Download mp4 video set (zip)
The Lehendakari in Brussels and expressed his concern to Arias Cañete, the European Commissioner, about the situation of Arcelor Mittal and the steel sector Source: Irekia 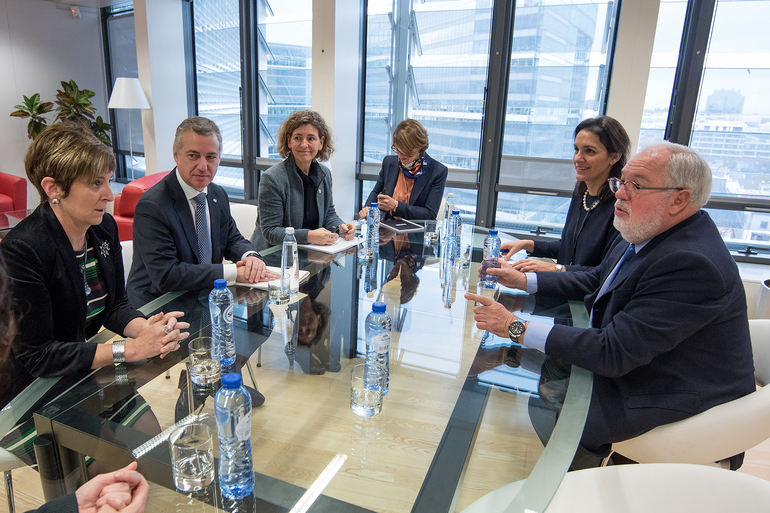 Urkullu believes that the European Union needs an anti-dumping plan

Lehendakari Iñigo Urkullu today met with the European Commissioner for Climate Action and Energy, and expressed his concern and disquiet about the situation of the Basque steel sector in general and of the company Arcelor Mittal in particular.  The meeting was held in Brussels, which the Lehendakari is visiting at the head of a Basque Government delegation, which includes its Minister for Economic Development and Competitiveness, Arantxa Tapia, its Minister for the Environment and Territorial Policy, Ana Oregia, the Secretary for External Action, Maria Elorza, and the Basque Country Delegate to the European Union, Marta Martín.

During the meeting the Lehendakari asked the European Commission to help to get the European Union to implement a plan to revive the European steel sector. Urkullu reiterated the idea that had already been expressed by the Minister for Economic Development and Competitiveness, Arantxa Tapia, the previous week, calling for an anti-dumping plan in the steel sector. It should be noted that the European steel industry has cut production by 20% in the last eight months, while China has doubled its imports.

On 21 January, Arcelor Mittal management announced that Acería Compacta de Bizkaia (ACB), located in Sestao, would be “mothballed indefinitely” from next February due to the “bad situation” of the steel market. According to the company, the 335 steelyard workers will be laid off. The last mothballing of the plant was in December 2011 and it went back into production in June 2012.

Apart from this matter, they also discussed other issues during the meeting, including the climate change strategy or giving impetus to a European common energy strategy that will allow the weak position of Europe compared to other international powers to be corrected. They also stressed that the energy strategy should go hand-in-hand with an industrial policy, which would lead to thousands of jobs being created in specific sectors such as wind power, oil & gas and energy efficiency.

When asked by journalists about possible power deals to govern in Madrid, the Lehendakari stressed that its is not up to the Head of State to put forward a candidate for the investiture session. Urkullu explained that it was obvious that the Spanish State that needs a government that guarantees stability given that current economic situation that affects the State as a whole.

The Lehendakari also regretted the "tragic outcome" of the incident in Vitoria-Gasteiz, where a 17 month old girl had died after a man had thrown her out of a window on Monday. Urkullu explained the need for the emphasis to be on education and to continue working to protect minors.