The Basque Government in Wroclaw 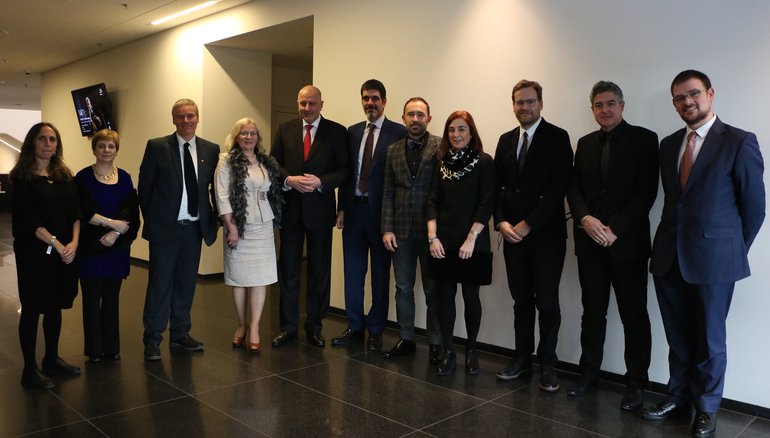 The Basque Government was at the events to get 2016 European capital of culture programme of Wroclaw (Poland) under way. Wroclaw is sharing the European Capital of Culture 2016 with Donostia-San Sebastián.  The Basque Government’s Minister for Education, Linguistic Policy and Culture, Cristina Uriarte, accompanied by the Deputy Minister for Culture, Joxean Muñoz, travelled to the Polish city along with the managers of the DSS2016 capital of culture, and representatives of Donostia-San Sebastián City Council and of Gipuzkoa Provincial Council.

The official opening ceremony was held at noon on Sunday with a concert dedicated to the Rumanian composer of Greek origin, Iannis Xenakis.

During the whole weekend, nearly 100 cultural events got the Wroclaw European Capital of Culture programme underway, including an exhibition on Eduardo Chillida. The largest events include the “The Awakening” pageant, which will involve thousands of Wroclaw citizens taking part in an artistic representation of the city’s history.

Next week will be the turn of Donostia-San Sebastián. Starting on Wednesday, San Sebastián Day, the capital of Gipuzkoa will host numerous cultural events, with something for everyone. The DSS2016 institutional opening will take place next Saturday.