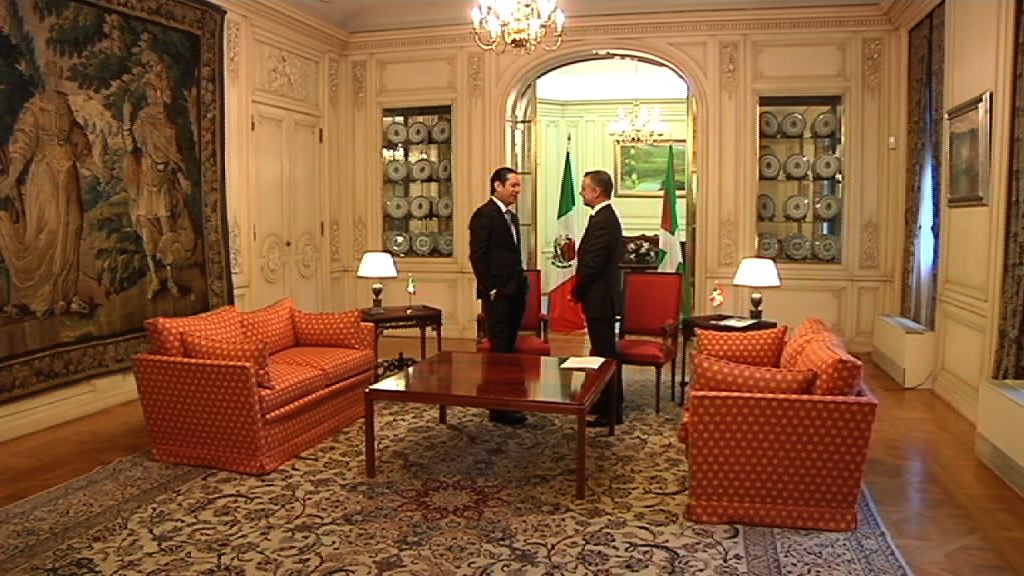 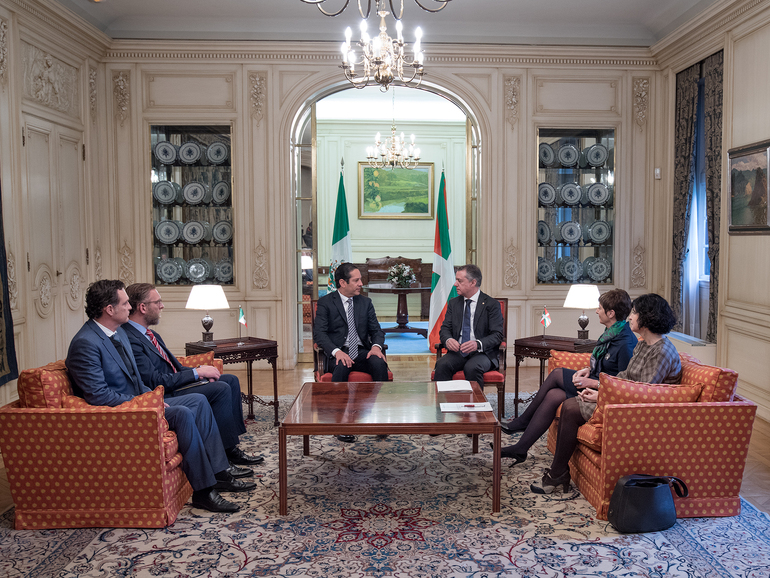 The Basque Country and Querétaro have had a cultural, educational and industrial cooperation agreement in place since 2014

A total of 21 Basque companies are set up in this region, considered to be priority in the Basque internationalisation strategy.

Lehendakari Iñigo Urkullu, the Basque Premier, and the Governor of the State of Querétaro (Mexico), Francisco Domínguez, held a meeting this morning to strengthen the ties that the Basque Country has traditionally had with this Mexican state. The Minister for Economic Development and Competitiveness, Arantxa Tapia, and the General Secretary for External Action, Marian Elorza, also attended the meeting.

The meeting was held at the Artaza Palace and was the opportunity to consolidate and progress in the cooperation areas envisaged in the Agreement that both governments signed in October 2014, during Lehendakari Urkullu’s visit to Mexico.

Querétaro is considered a priority region in the Basque Government’s Basque Country Internationalisation Strategy. It is with good reason that this State accounts for 15% of Basque investment in Mexico, with a total of 21 Basque countries set up in the region and which mainly belong to the automotive and aviation sectors.

The agreement between the Basque Government and the State of Querétaro explicitly envisages, among its cooperation areas, economic trade and the development of companies, particularly in the automotive, aerospace, household appliance, software and information technologies, renewable energies and machine tool sectors, along with giving impetus to cooperation in the fields of research, development and innovation.

The agreement also includes commitments to work on projects in the spheres of music, films, the audio visual sector and arts and crafts through the Etxepare Institute and the Querétaro Institute of Culture and Arts.

Furthermore and in the educational area, Querétaro and the Basque Country are involved in a common training project that the University of Mondragón-UCO - which has emerged out of the alliance between Mondragón Unibertsitatea and the Querétaro Contemporary University -, whose campus was opened by the Lehendakari during his trip to Mexico.

Apart from the meeting with the Lehendakari, the Governor of Querétaro plants to visit the Zamudio Technology Park, where he is going to attend a lunch with representatives of the Basque Internationalisation Consortium, made up of the Basque Government, the three provincial councils and the Araba, Gipuzkoa and Bizkaia chambers of commerce.  He will subsequently meet with members of Hegan, the Basque Aerospace Cluster.  The visit to the Basque Country will end with a meeting with the Mayor of Bilbao, Juan Mari Aburto.

THE LEHENDAKARI’S APPRAISAL OF POSSIBLE GOVERNMENT PACTS AND PRISON POLICY

On a separate issue, the Lehendakari assessed the possible government pacts in Madrid and stressed that, apart from the possible formulas, it would be desirable to have a new government that respects Basque self-government and is committed to its “updating” and “deepening”.

Furthermore, as regards the agreement reached last week in the National High Court by the accused in the so-called Segura case, Urkullu stressed that he was confident that the decision would result in the change of strategy that the Basque Government has called for so that the prisoners can enjoy prison benefits. He also advocated for the activity of the Peace and Coexistence Commission to be taken up again in a more participative manner.