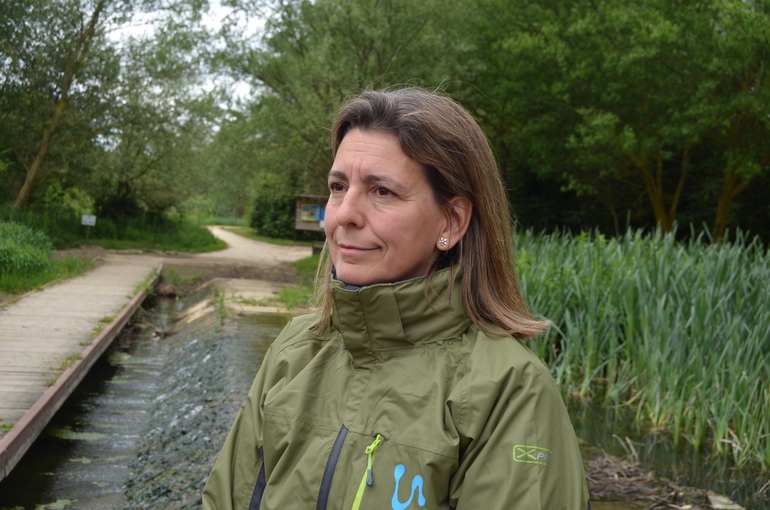 The Basque Autonomous Community stands above the European average for the designation and conservation of Natura 2000 Network areas given that 20.5% of the Basque territory is included in the European protection figure, while the EU average stands at 18.4%. The Basque Country has 60 areas covering 1,500 square kilometres (0.22% of the European total), while the European Union has 27,384 natural areas of high ecological value in its 1.1 million kilometres of extension.

The Natura 2000 Network constitutes the European Union’s strongest card for protecting and improving biodiversity; it has 27,834 areas in all Europe, including the so-called Sites of Community Importance (SCIs) for maintenance of the habitat and species, Special Areas of Conservation (SACs) and Special Protection Areas for Birds (SPAs).

“The 60 Natura 2000 Network areas in the Basque Country represent our contribution to the protection and improvement of nature, given that they entail maintaining the good condition of habitats and species and are a benefit to all society” said Minister Ana Oregi.

The best practices of the Natura 2000 Network in the Basque Country ensure that the extensive livestock breeding in mountain pastures maintains ecosystems of important ecological value, that nature tourism increases in Valderejo, that Urdaibai remains an example of balance between the protection of nature and economic activity, and that Fagus Alkiza is an enormously useful tool in environmental education in the Hernio-Gazume area, just like the Ekoetxea in Txingudi.

“The heritage represented by the Natura Network in the Basque Country is part of our identity and we must pass it down to our descendants at least in the same conditions as it was left to us by our forebears. The European community has taken up the challenge of reducing the loss of biodiversity and fighting climate change. Our wellbeing and that of future generations depend on the protection and improvement of healthy ecosystems that help to regulate floods, absorb greenhouse gases and protect us against extreme weather events” noted the Minister for the Environment.

The latest report on the State of Nature published by the European Commission highlights that, in the Union, almost a quarter (23%) of the species protected by the Habitats Directive enjoy a favourable conservation status. However, more than half (60%) have an unfavourable status, with 42% considered unfavourable-inadequate and 18% unfavourable-poor. In the 28 European Union states, only 16% of the habitats assessed have a favourable conservation status. This low percentage is probably due to a series of factors, including a more consolidated tradition of protection measures for species and shorter response times for species recovery, in addition to the tremendous complexity involved in habitat conservation. An overwhelming majority of habitats have an unfavourable status, with 47% of reports showing an unfavourable-inadequate status and 30% unfavourable-poor.

The Basque Country has almost 400 species of vertebrate animals, 815 invertebrate and more than 3,000 plant species. Forty-three of our vertebrate species are threatened (13 are in danger of extinction) and 136 species of vascular flora are in a situation of threat (58 species are in danger of extinction). Some of the most relevant species in danger of extinction are the Mediterranean tree frog; Bonelli’s eagle, bearded vulture, red kite; common crayfish; tree fern; dragonfly; barbastelle bat, Eurasian otter, European mink; lamprey; violet poppy, catsfoot, rock geranium, white waterlily and wild olive. The decline of many species is caused by the deterioration of natural habitats.

The Basque Autonomous Community, given its orography, its industrial development and its dispersed population model, has paid a high price in certain areas as regards conservation of the natural environment. The Natura 2000 Network is key in assuring the supply and maintenance of a wider range of ecosystem services, on which economic prosperity and welfare depend.

The Natura 2000 Network areas in the Basque Country constitute an important source of carbon and an efficient tool for mitigating the consequences of climate change, thanks to their ability to capture carbon from the air. They also regulate hydric resources and provide quality water for human consumption at a lower cost than any artificial treatment system; they mitigate the effects of natural disasters, preventing damage and reducing the cost of repairs following floods, droughts or fires; they are the home of the wild pollinators thanks to which harvests bear fruit; and they preserve landscapes, the greatest asset for nature leisure and tourism.