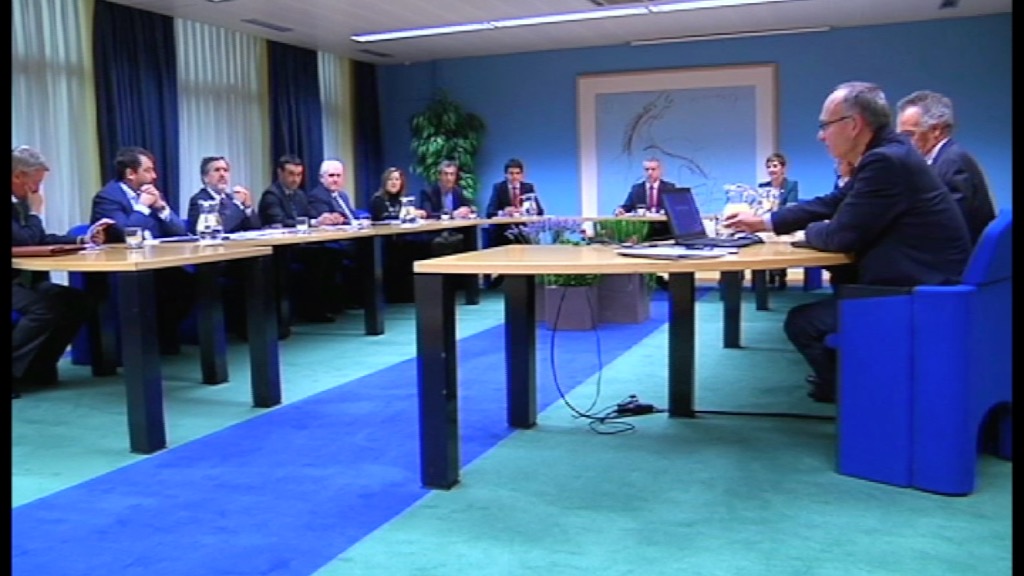 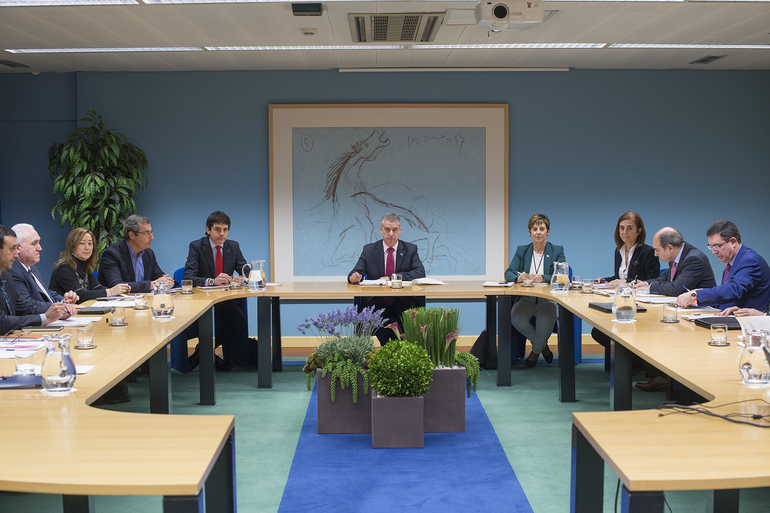 The Basque Science and Technology Council has approved an investment of EUR 446 million by all Basque institutions for the coming year, 5% up on 2015.  The Lehendakari chaired the meeting held at the Lehendakaritza this afternoon, during which they took stock of the courses of action implemented in the first year of deployment of “RIS3 Euskadi” - the Basque Smart Development Strategy.  The meeting also analysed the global progress of the Science and Technology and Innovation Plan (PCTI) approved in December last year.

The Lehendakari chaired the Council made up of representatives of the Basque Government, the Provincial Councils, the three Basque universities and private and public entities linked to innovation.  In 2016, the Basque institutions will invest EUR 446 million, 20 million more than in the previous year, to drive the R&D&i strategy. The Basque Government will invest EUR 385 million and the Provincial Councils EUR 61 million in research and innovation activities.

Spanish central government programmes will provide a further EUR 80 million in addition to the amount earmarked by Basque authorities. In total, investment in R&D&i in the Basque Country for 2016 will be EUR 526 million, EUR 20 million higher than the provision established in the Basque Science and Technology Plan for that same period.  In the opinion of the members of the Council, this figure reflects a clear commitment to making research the driving force to develop and make Basque industry competitive.

2015 Review and planning for the future

Along with establishing the investment for the coming year, the meeting took stock of the “RIS3 Euskadi” – the Basque Smart Development Strategy and the deployment of the PCTI.  During this first year of deployment, all the goals set to implement the three strategic priorities of the Basque Country up to 2020 – advanced manufacturing, energy and health-biosciences – have been met. Apart from these three priorities, the emphasis has also been on driving the so-called "four areas of opportunity":

Seven steering groups were set up for work to start in these areas in 2015.  The groups are made up of representatives of the three spheres of the so-called "innovation propeller":  Basque authorities, companies and clusters, and scientific-technological stakeholders. These seven steering groups have already started to work on three aspects:

- Selecting the strategic areas and technologies for the Basque Country in the near future.

- Getting specific working parties up and running to deploy the strategy to drive and ensure cooperation between all the Basque stakeholders in each of the established areas.

The ultimate goal is to enhance the excellence of the research projects and ensure that the Basque Country is a European benchmark in the RIS3 priorities that have already been set.

Furthermore, and for information purposes, the leading persons of the Basque science systems were identified, taking into account their excellence, international reputation and European recognition in their fields.