State and regional governments are in Paris to contribute to the success of COP21: Inigo Urkullu, Basque Country 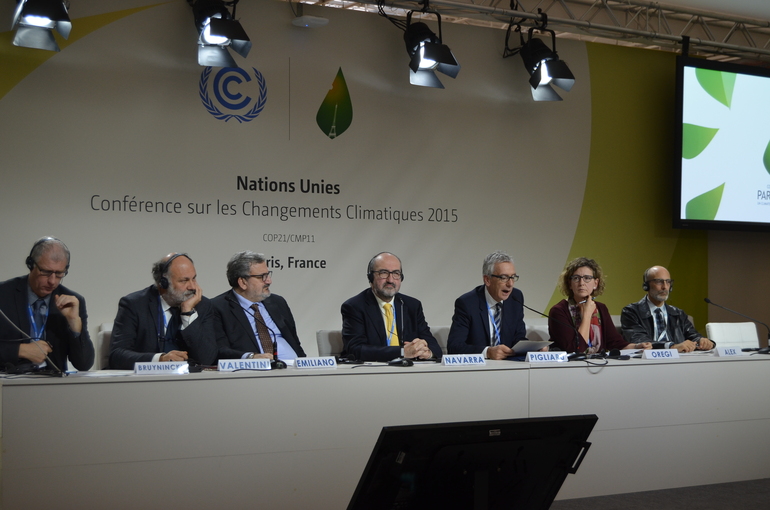 PARIS: At COP21 in Paris this week, The Climate Group’s Climate TV spoke to Inigo Urkullu, Lehendakari of the Basque Government about what the region is hoping to achieve from both the global climate talks and its own long-term emissions reduction goals.

"The Basque Country has an economy based on industry and it is very important for us to lead a strategy on climate change," explains Inigo Urkullu in the video interview. "We have been doing so since 2002, and we have now approved a strategy this year that goes until 2050. We are leaders and in this sense we are honoured to co-chair the States & Regions Alliance with Quebec and South Australia."

As co-chairs of The Climate Group's States & Regions Alliance, the head of government for the Basque Country says: “we are also here to contribute to the success of COP21, being present on its agenda for the first time. Our aim is to network and show the world that the sub-national entities and regions can also help from the local to the global."

The Basque Country is one of 200 companies, states, regions, and cities that have committed to full de-carbonization as outlined in a report released at COP this week by The Climate Group and CDP, 'Unlocking ambition: Top corporate and sub-national climate commitments'. This third in a series reports on the ambitious climate commitments made by “non-state” actors in the lead up to COP21.

Further showing its ambition to collaborate on climate action with other state and regional governments, Basque Country is also a founding signatory of the RegionsAdapt initiative which was announced last week at COP21 by Rio de Janeiro and Catalonia. This is the first joint effort from sub-national governments to improve the effectiveness in adapting to climate change.

You can watch more of our exclusive video interviews with climate leaders and experts by following the hashtag #ClimateTV on social media.