Lehendakari Iñigo Urkullu, The Basque premier, highlights before states from all over the world the dcisive role that regions play in the fight against climate change 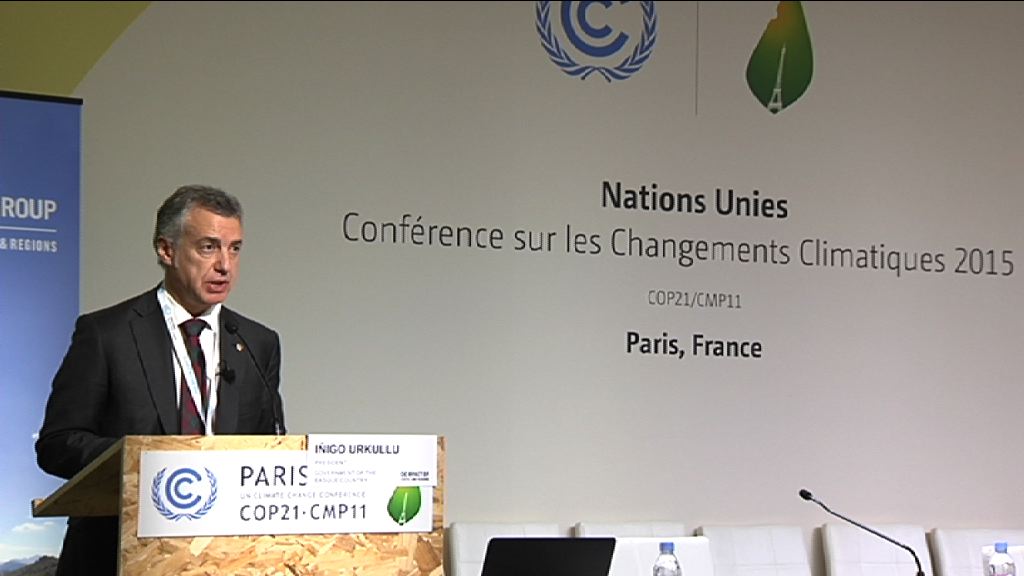 Embed video
Download mp4 video set (zip)
Lehendakari Iñigo Urkullu, The Basque premier, highlights before states from all over the world the dcisive role that regions play in the fight against climate change Source: Irekia 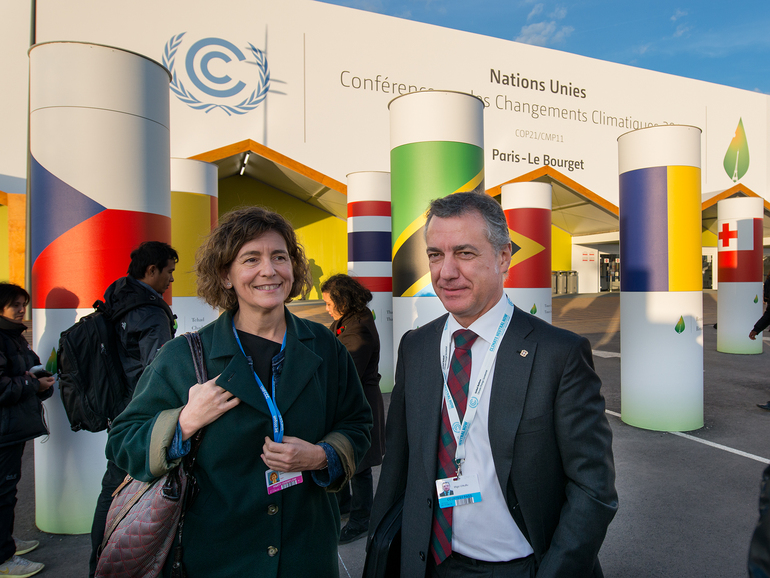 Download photo
Embed image
Download photo set (zip)
Lehendakari Iñigo Urkullu, The Basque premier, highlights before states from all over the world the dcisive role that regions play in the fight against climate change Source: Irekia

Lehendakari Iñigo Urkullu has been in charge of inaugurating the event featuring sub-state entities in Le Bourget, where the negotiations of this summit are under way. The Lehendakari underscored the importance of counting on the management of administrations that are closer to the public when carrying out action against climate change. “a global agreement between States without the collaboration of regional entities is not viable”, he stated.

“The challenges of climate change surpass borders” declared the Lehendakari, who defends that environmental policies require an integrated vision: “mitigation and adaptation are relevant from the global to the local level”. “From a political perspective, it is necessary to join forces at all decision-making levels to implement the necessary initiatives”, he pointed out.

He also indicated “I would like that the agreement reached at the end of this COP would recognise the participation and contribution of sub-state entities, without which States would not be able to meet their commitments”.

The Lehendakari, as the head of the Basque Government and the European chairman of The Climate Group international Alliance, and is convinced that “through collaboration between regional governments around the world we can be a reference for the political commitments to be adopted for the future”. In this respect, he defended that “global climate governance must be based on the principles of subsidiarity and multilevel governance”.

The Basque Country, present in the networks

During his speech, the Lehendakari has referred to the commitment of Basque municipalities to the environment. 80% of them are part of Udalsarea, the Basque network of municipalities for sustainability and ten of them have adhered to the Compact of Mayors, an agreement promoted by the United Nations at a local level.

The Basque Country currently chairs The Climate Group, but the Lehendakari reminded those present that it was oneof the founding members of the “Energy for SD” (nrg4SD) network at the Johannesburg Summit in 2002. Urkullu described the commitments presented during its assembly this very morning, included in the Compact of States and Regions. This compact, which includes 44 governments and represents 1/8 of the global economy, is committed to reducing its greenhouse gas emissions by more than half by the year 2050.

The Lehendakari also commented that next year the city of Donostia/San Sebastian will be the European capital of culture with the motto “to coexist is to live with". Urkullu invited the states and regions present at the event to participate in “Donosita 2016”, which includes as one of its main features the “Lighthouse of life” with the aim of raising awareness throughout Europe about the culture of sustainability with the environment.

Participating at this event were, among others, the Scottish First Minister, Nicola Sturgeon and the Governor of Washington, Jay Inslee.