Lehendakari Iñigo Urkullu, The Basque premier, describes the Basque Country's and The Climate Group's commitments to reduce greenhouse gase emissions in the future 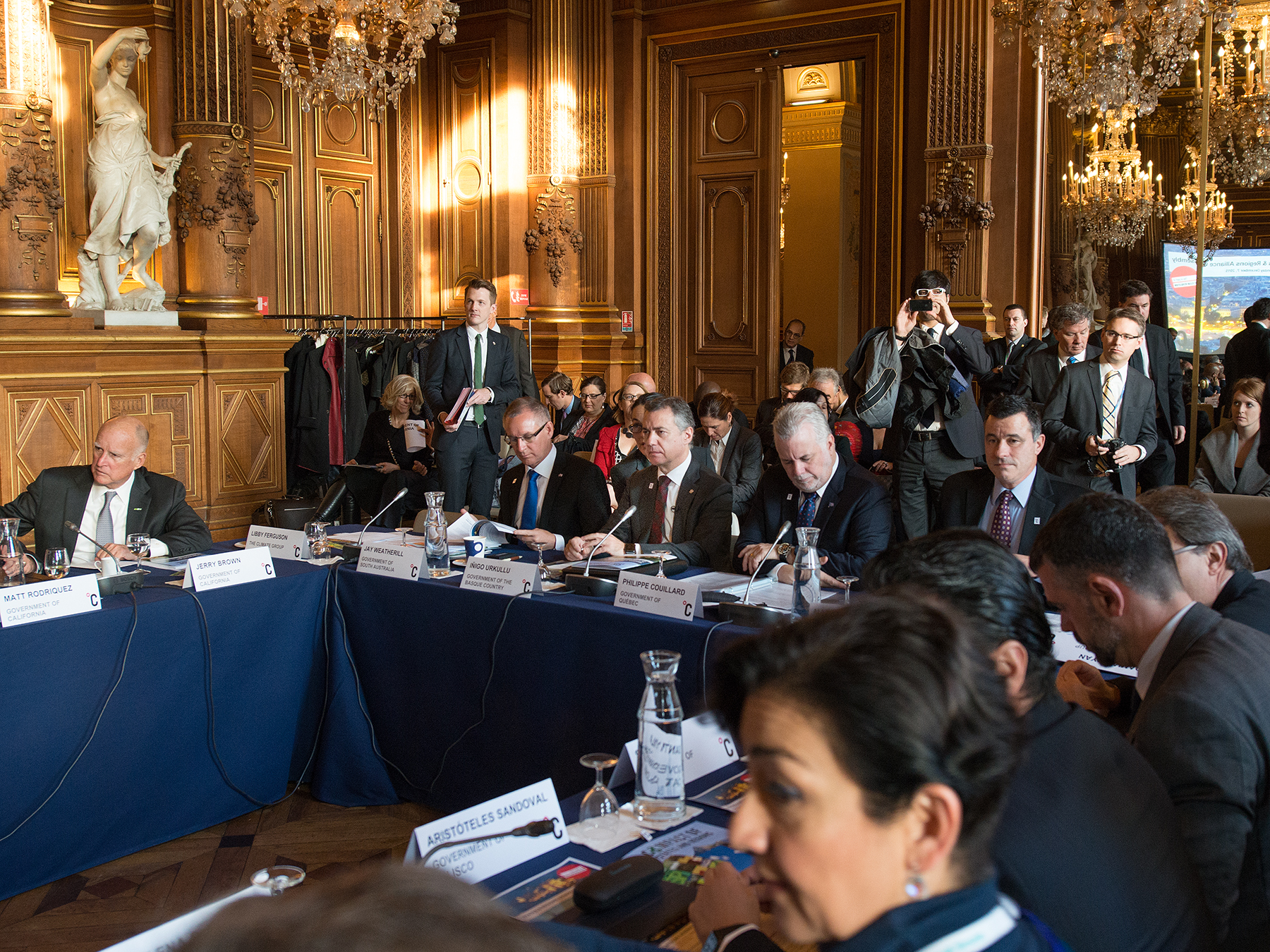 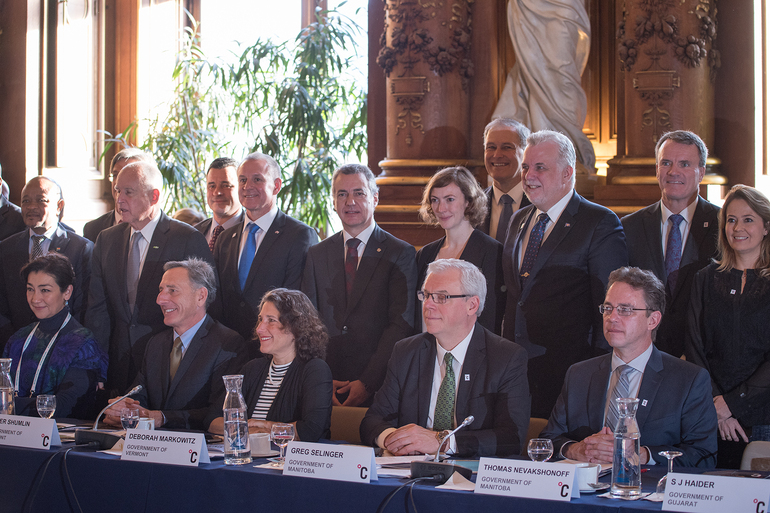 Lehendakari Iñigo Urkullu has opened the General Assembly of The Climate Group in Paris, held this morning at Paris City Hall. At the assembly and at the event that preceded it, that Lehendakari explained the goals for the future contained in the "Compact of States and Regions" agreement. By means of this agreement, the Climate Group plans, among other goals, a reduction by 2020 of three gigatons of CO2, or what is the same, the combined greenhouse gas emissions of Germany, the United Kingdom and Japan.

“The Compact of States and Regions” is a pioneering experience promoted by The Climate Group, with the participation of 44 sub-state governments that represent 325 million people and 1/8 of the world's economy.. Today in Paris, The Climate Group Alliance co-chaired by the Basque Country, Québec and Southern Australia, has made public its commitments to reduce the effects of climate change in the future:

The Lehendakari is committed to combining economic growth and emission reductions, the implementation of renewable energies and less emission-intensive forms of transport, among other actions.

According to the Lehendakari, this agreement will be used to show international States and bodies that "we are a reference when it comes to adopting political commitments". “Think global, act local” stated the Lehendakari to highlight the role of sub-state entities in the fight against climate change.  "We are ready to contribute towards this important task of leaving a better world for future generations", he added.

Commitment of the Basque Country

The Lehendakari explained that the Basque Country is in Paris with "its homework done". The Basque Country has been active in the fight against climate change for more than 10 years and has met the goals to limit emissions. This July the Basque Government has approved the new Climate Change Klima Strategy 2050 where it is committed to reducing greenhouse gas emissions by no less than 80% by the year 2050 in relation to 2005. Urkullu has stated that it is necessary to keep taking steps in this direction based on the principle of shared responsibility.

Opportunity for the economy

The Lehendakari has encouraged those present to see this challenge as a big opportunity for development, as technology is making it possible for economic growth to not be at odds with a reduction of greenhouse gas emissions. In 2014, the world economy grew 3%; however, CO2 emissions remained stable for the first time in the last 40 years. Urkullu explained that the Basque Government is going to invest €88 million per year in the Climate Change Strategy. A figure that would generate €57 million of economic activity and 1030 jobs per year, he added.

Official trip by the Basque Government

Today and tomorrow the Lehendakari will take part in several events linked to the Summit on Climate Change in Paris - COP21. Travelling with him are the Minister for the Environment and Regional Policy, Ana Oregi, and the Secretary General for Foreign Action, Marian Elorza. This morning the Government delegation has taken part in the events of The Climate Group Alliance held at Paris City Hall. Along with the Lehendakari, worth mentioning is the presence of two other co-chairs of TCG, the Prime Minister of Québec Philippe Couillard in representation of America; and his counterpart from Southern Australia, Jay Weatherill in representation of Asia and the Pacific. The Mayor of Paris, Anne Hidalgo, was also present at the event in her role as the host.