Ana Oregi: “The Basque Country has reduced its emissions by 25%” 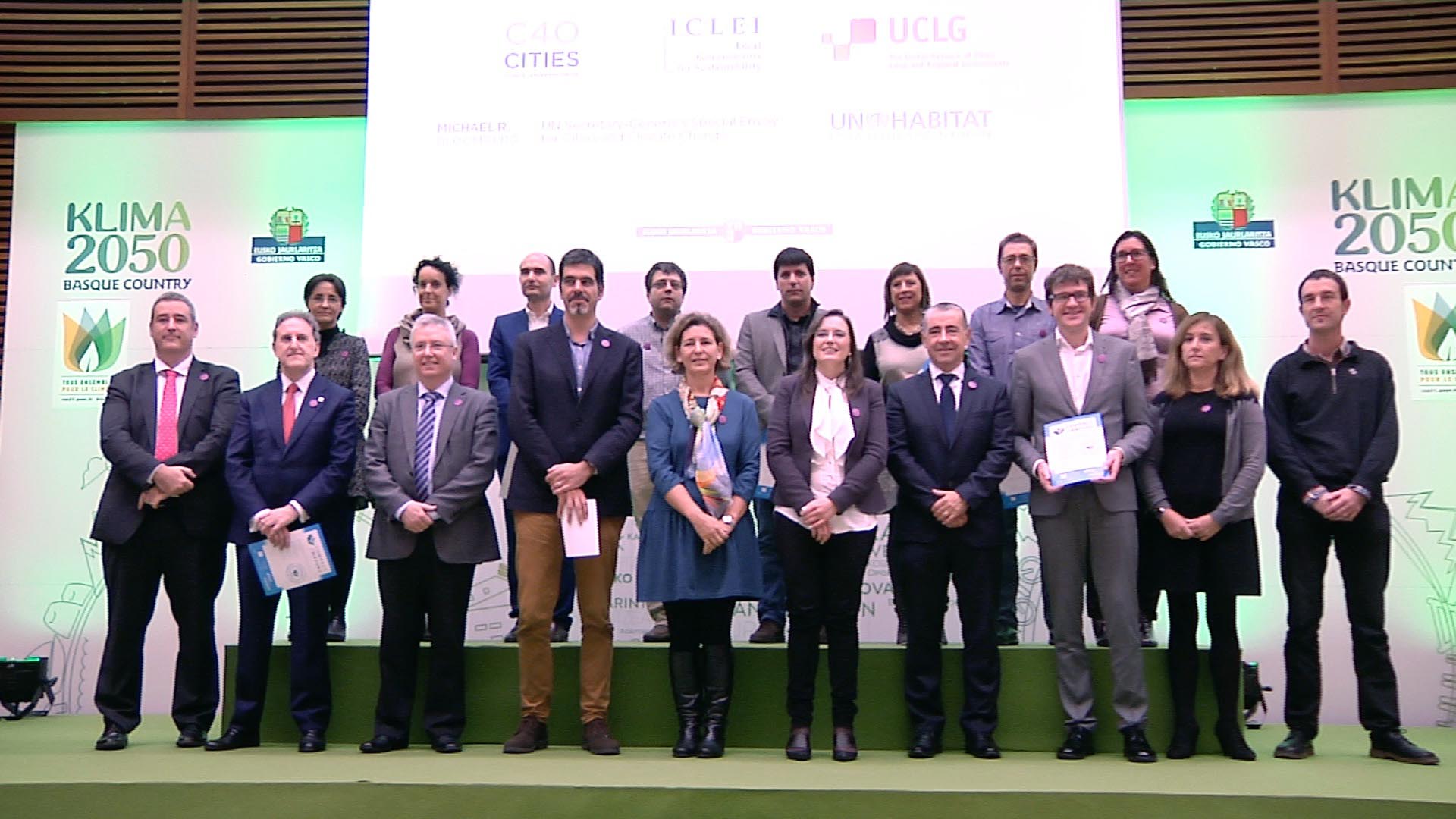 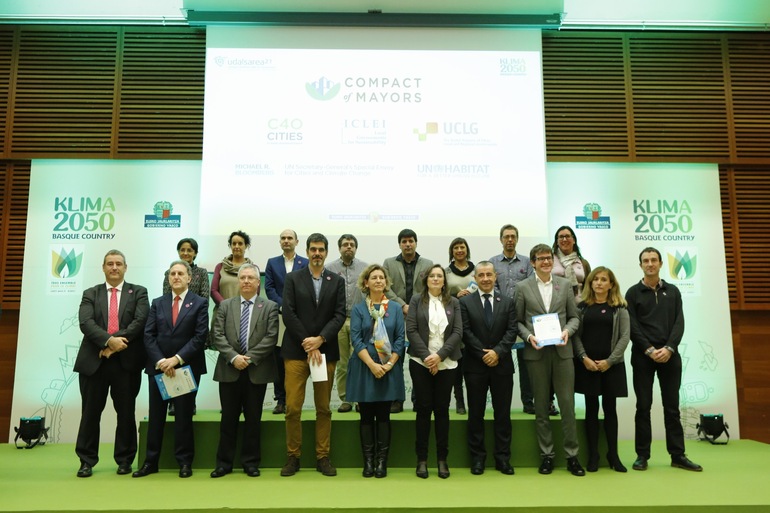 The Minister for the Environment and Territorial Policy, Ana Oregi, presented these figures during a meeting held in Donostia-San Sebastian to present the Climate Change Strategy - KLIMA 2050 to the environmental, social and economic stakeholders of the Basque Country.  A dozen Basque local councils also received public recognition for having signed up to the “Compact of Mayors”, the global scheme to cut emissions led by the Bloomberg Foundation, ICLEI, C40 Cities and the United Cities and Local Governments (UCLG) and which has the backing of the United Nations.

The Basque Country has taken important steps with regard to its climate change policy, reducing its emissions by 25% since 2005, a key year for the distribution of European Union efforts and 10% since 1990, a key year for the first period established in Kyoto. This has been achieved despite the fact that in these 25 years the economy has grown by 69%, which translates into 47% of improved efficiency achieved by Basque society in terms of CO2 per unit of GDP generated.With respect to 2005, the efficiency improvement amounts to 28%" said Minister Ana Oregi.

“This has been possible,” according to the Minister for the Environment and Territorial Policy, “thanks to the gradual introduction of natural gas to replace other combustible fuels, improved energy efficiency, the introduction of renewable energies and high-efficiency cogeneration. We have also achieved the fostering of less emission-intensive modes of transport thanks to the introduction of urban railways, such as the metro and the tram which, along with public bus lines and greater awareness among citizens, have helped to improve mobility in city centres. Regarding waste management, we have succeeded in reducing the amount taken to dumps by 60%, increasing the ratios of collection by type and recycling".

According to data, the Basque Country is following the path marked out by the Basque Climate Change Strategy, Klima 2050, which establishes the target of achieving a 40% reduction in emissions by 2030 and of 80% by 2050, compared to 2005.

GHG emissions in the Basque Country for the year 2014 came to an equivalent of 19 million tons of CO2, with the energy, transport and industry sectors being the leading emitters, producing 85% of all emissions. These emissions represent approximately 0.5% of total emissions in the European Union.

Amurrio, Areatza, Balmaseda, Bilbao, Donostia-San Sebastián, Durango, Errenteria, Legazpi, Tolosa and Vitoria-Gasteiz, make up the largest group of municipalities from one region to the world that have signed up to the “Compact of Mayors” simultaneously. They were also the first of the Basque Country to commit to this scheme defined as “the world’s largest cooperative effort to reduce greenhouse gas emissions, track progress and prepare for the impacts of climate change”.

During three years, they will be required to continue to report on their greenhouse gas inventory, climate risks, compliance with the goal of cutting emissions, climate vulnerabilities and the plans to combat climate change.

In order to foster local action to fight climate change and its potential internationally, the United Nations launched the “Compact of Mayors” in 2014, a scheme headed by the Bloomberg Foundation and the C40 cities network, ICLEI and UCLG.  It seeks to cut GHG emissions, along with reducing vulnerability and increasing resilience to climate change at municipal level.

The “Compact of Mayors” brings together local governments that assume voluntary commitments to mitigate and adapt climate change, and rigorously report on their progress and achieving of targets by means of legitimate and recognised platforms, by fostering the sharing of experiences.