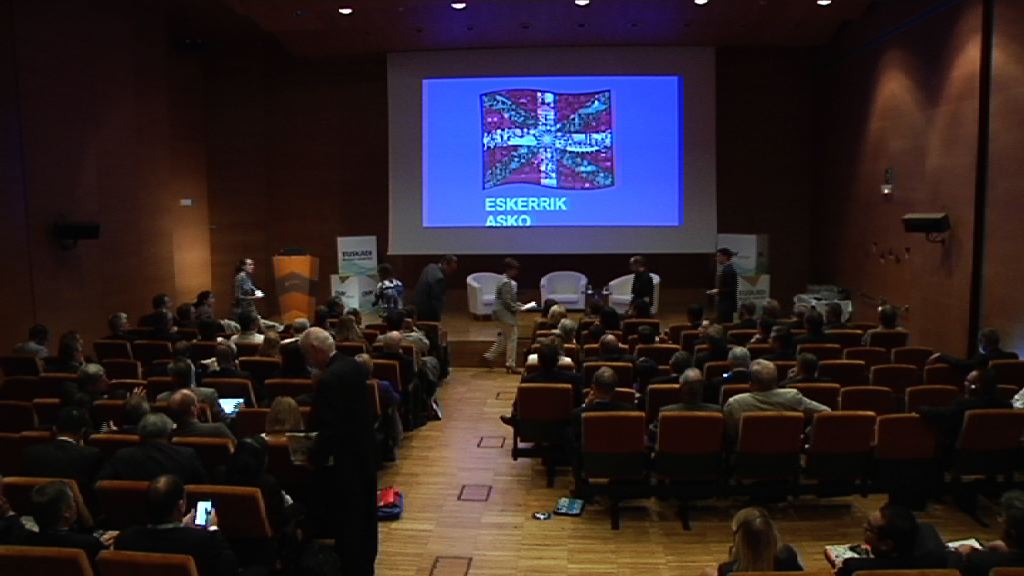 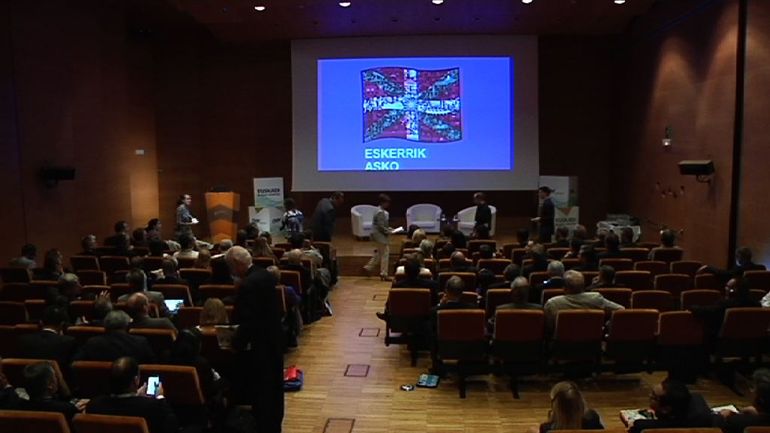 This morning, the Basque Government’s Minister for Economic Development and Competitiveness, Arantxa Tapia, along with the President of the CEAV, Rafael Gallego, opened the first day of the 3rd World Summit of Presents of Travel Agent Associations, organised by Basquetour, the Basque Tourist Agency under the Basque Government, and CEAV (Spanish Confederation of Travel Agencies) at the Euskalduna Conference Centre in Bilbao.

During her speech, Tapia stressed the work that the Basque Government and Basquetour “are carrying out to showcase the destination to intermediaries of the ilk of those of you who are currently here in the Basque Country”. She also stressed that “during their stay, the senior executives of the travel agencies will have the opportunity to discover for themselves what the destination has to offer, which includes its identity and its diversity”.

Rafael Gallego stressed how important the presence of Lehendakari Iñigo Urkullu, the Basque Premier, at the opening of the Summit in the Guggenheim Museum the previous day, had been to promote the Basque Country abroad, along with its proximity. During the tasting session featuring Basque products after the official ceremony, the Lehendakari has the opportunity to talk to the guests about how important an event of this type is for a destination such as the Basque Country.

The Minister outlined the main characteristics of the Basque tourist offer: identity, culinary heritage, culture. And its diversity: the provincial capitals, the Basque coast, inland and the Rioja Alavesa.

The second roundtable will consider the collaborative economy and travel agencies and will be chaired by the SEGITTUR President.  The guests include the General Sub-director for Tourism of the Autonomous Government of Catalonia and the directors of companies such as La Community Founder, BlaBlaCar, BeMate.com or the Azul Marino Group.

Tomorrow (6/11/2015), TABAKALERA, San Sebastián’s International Centre for Contemporary Culture, will be the venue to hold the second day of this World Summit. The session will be opened by the Mayor of Donostia/San Sebastián, Eneko Goia, and the Basque Government’s Deputy Minister for Trade and Tourism, Itziar Epalza. There will be a roundtable and an open dialogue session on 6 November.  During the “Suppliers vs. Travel Agencies:  Partners or Competitors” roundtable, moderated by the CEAV President, Rafael Gallego, the directors of IBERIA, AVIS, AON, MSC Cruceros, MOVELIA and NH Hoteles will discuss the relations between suppliers and agencies.

The finishing touch will be an open dialogue session between the CEAV, IATA, WTAAA presidents and the delegates at the 3rd World Summit of Presidents of Travel Agent Associations.