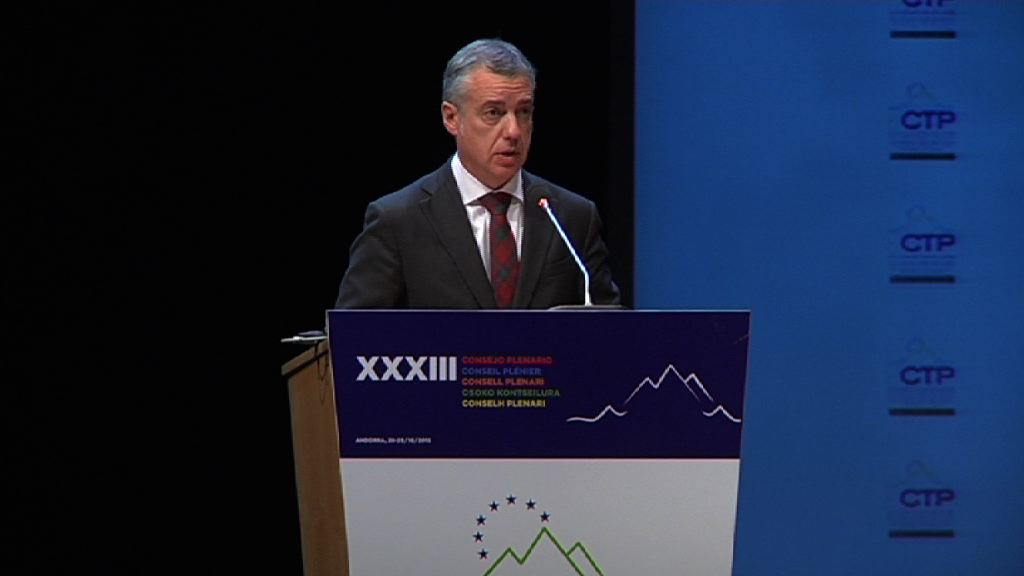 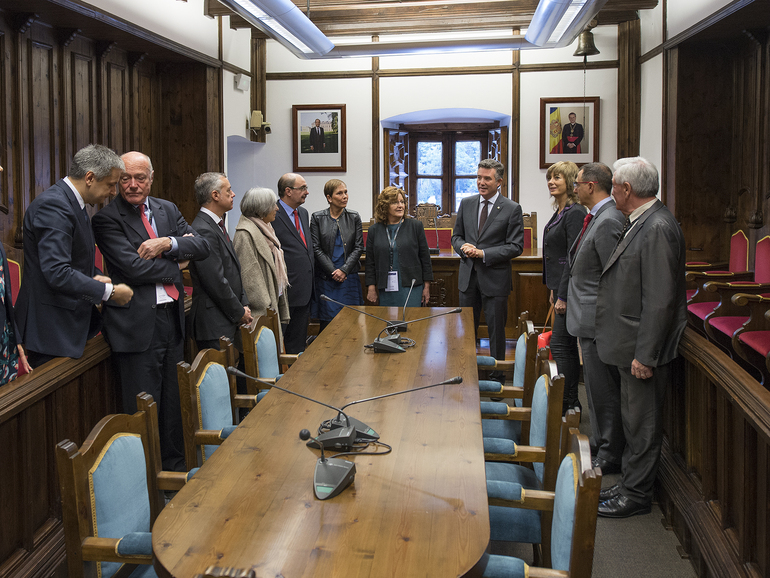 Lehendakari Iñigo Urkullu, the Basque Premier, today called on  the authorities that make up the Working Community of the Pyrenees (CTP) to strengthen cross-border cooperation and to take the principles of the UN 2030 Agenda for Sustainable Development as the benchmark.  This was the gist of his speech during the plenary council that is held yearly and which this time took place in Andorra, as it was the authority holding the presidency up to this year.

The authorities of Andorra, Aquitaine, Navarra, Aragón, Midi-Pyrénées, Lanquedoc-Rousillon, Catalonia and the Basque Autonomous Community belong to the Working Community of the Pyrenees, which has been operating for over 30 years. The meeting was an opportunity to take stock of the second year of Andorra’s presidency, to analyse the implementation of the projects underway and set the future goals for the CPT.  The Community’s objectives include fostering exchanges between the territories, working together to address the problems that affect the Pyrenean frontier and seeking common solutions for future challenges by means of shared actions.

The Lehendakari stressed that those 30 years have allowed the member authorities of the CPT to come closer together and get to know each other, but he urged them to continue making strides.  He therefore proposed using the principles of the UN 2030 Agenda for Sustainable Development as the guide, with the emphasis on thinking globally to act locally.

Thus, among the lines of action proposed, the Lehendakari urged the delegates to "strengthen” cross-border cooperation and to work closely together to give momentum to projects.  One example of such cooperation is the POCTEFA programme launched just a few weeks earlier and which envisages investments of nearly EUR 300 million..   To progress in this cross-border cooperation, the Lehendakari expressed his desire to “solve” cross-border problems and eliminate the obstacles that can prevent people on both sides of the Pyrenees from progressing and coming together.

The Lehendakari ended by thanking the Principality of Andorra for its endeavours during its presidency of the CPT as it was now handing over the baton to Aquitaine.