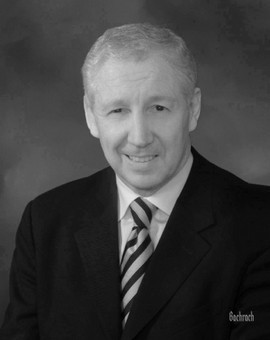 The Irish diaspora expert Kingsley Aikins will give the inaugural conference of the VI World Congress of Basque Communities Abroad. Kingsley Aikins is the founder of Diaspora Matters and has dedicated a lifetime to this area.  He is also the expert  who has coined the word Diasporize, an invented word that conveys the value of the Diaspora as social and economic advantage in this new globalized world. In the case of the Basque Country a global advantage that has to be activated.

Kingsley Aikins is the founder of Diaspora Matters and has a lifetime of involvement in the sector. Born in Dublin he is an economics and politics graduate of Trinity College and also has a postgraduate diploma in International Marketing.

For five years he was the Sydney Australia based representative of the Irish Trade Board and the industrial Development Authority (IDA) of Ireland. He founded the Lansdowne Club in Sydney which has become one of the largest Irish business neworks in the world. He was a founding director of the Australian Ireland Fund and served as Executive Director responsible for the growth of the fund in Australia and New Zealand. In January 1993 he moved to Boston to take over as Executive Director of the American Ireland Fund and in 1995 he was appointed Chief Executive of the Worldwide Ireland Funds active in 39 cities in 13 countries.

He was responsible for the five year Hope and History Campaign to raise $100 million for projects in Ireland. After 21 years he left the Ireland Funds and now runs Diaspora Matters in Dublinwhich is a consultancy company which gives advice on Diaspora issues to governments, corporates and individuals. He writes and speaks extensively on Philanthropy, Diaspora and Networking and in 2011 produced a Global Diaspora Strategies Toolkit. In 2012 he was the keynote speaker at the Hillary Clinton Global Diaspora Forum in Washington and in 2013 was the Conference Chairman of the Global Diaspora Forum which was held in Dublin.

In 2008 Kingsley was awarded a CBE for his work on British-Irish relations.