The Basque Community has more than 2000 plant species, 20% of those existing in Europe 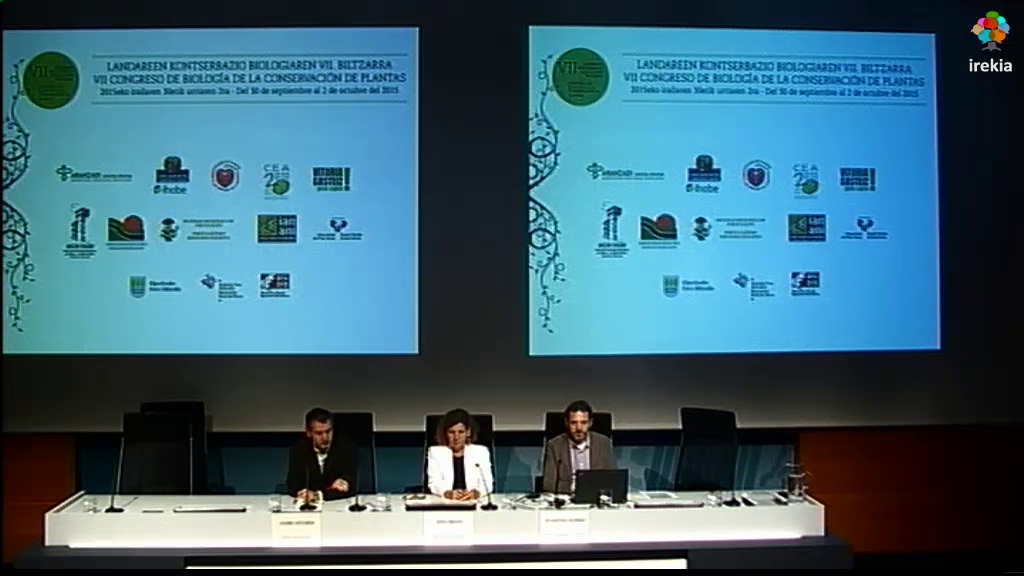 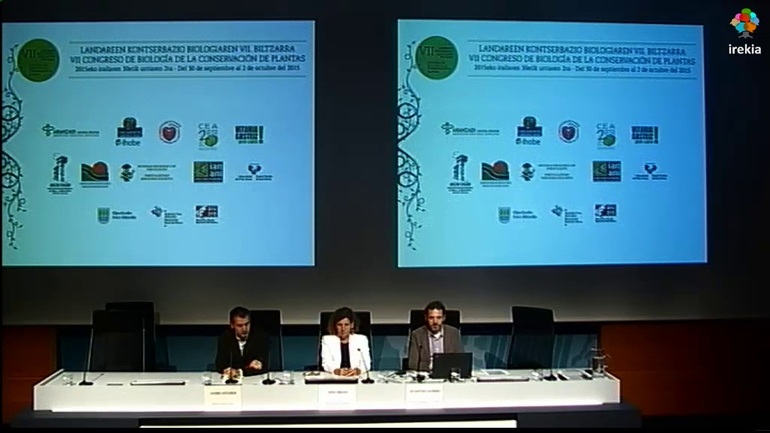 The Basque Government Minister for the Environment and Regional Policy, Ana Oregi, said this morning that “plants are the leading support of biodiversity and in this country we have a rich heritage, given that in the Basque Autonomous Community we have more than 2,000 species of plants with flowers, the best known, representing 20% of those existing in all Europe”.

Together with Jaime Güemes, Juantxo Agirre and the Deputy Minister Iosu Madariaga, Ministerial Head Ana Oregi presented this morning, at the Basque Government Auditorium in Vitoria-Gasteiz, the VII CONGRESS ON PLANT CONSERVATION BIOLOGY which, organised by the Aranzadi Society and the Spanish Society of Plant Conservation Biology, assembles 125 specialists from administrations responsible for conservation, universities, research centres and nature defence groups.

The first two days will see the progress made in the field of plant conservation in recent years explained and debated upon. One hundred and ten oral and graphic communications will be presented, structured into different themes, such as: Conservation in the face of Global Change, Management Strategies and Practical Conservation Actions.

Each of the days will open with a conference on biodiversity monitoring methods and presentation of the Ministry and Autonomous Communities Work Group on Plant Conservation. This framework will include presentation of the “Strategy to Protect, Improve and Manage Biodiversity in Bizkaia” and the new features introduced to the “Basque Country Nature Information System”.

Oregi recalled that “the Basque forestry surface, including areas with trees and those with grazing land, scrubland and rocky areas, occupy 68.5% of our total geographic extension; as far as plants are concerned, our Autonomous Community, small and highly populated, boasts enormous biological wealth. One fine example of this are plants with flowers, the best known, of which there are more than 2,000 species in the Basque Autonomous Community. In other words, almost 20% of those existing in all Europe are here, in the Basque Country. Something similar can be said of lesser- known groups such as mosses, seaweeds, fungi and lichens”.

“It comes as no surprise that there is a proportion of species which, subject to pressure from human activities, are currently in varying degrees of danger; to deal with this situation, the Basque Government develops different lines of knowledge in the endeavour to precisely evaluate the plight of threatened species and protect those in a situation of danger” added Oregi.

To overcome this predicament, the Basque Government, in collaboration with the Provincial Councils and the municipal Administrations, takes the necessary steps to deal with the pressures and help each and every one of the species in different categories of danger to survive”.